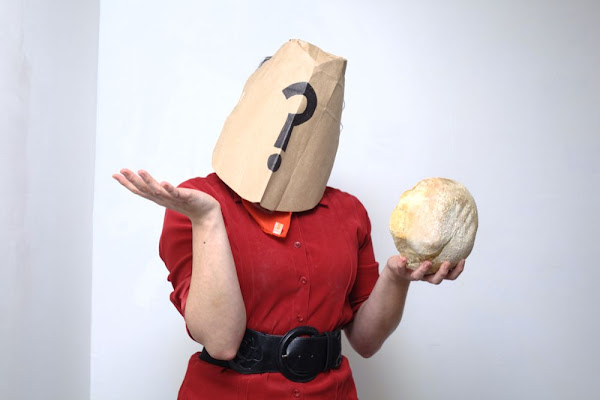 Insanely talented bread maker (and all round nice guy) Robert Guth is bringing his fusion of art and delicious bread to Civic for the You Are Here Festival.

He had this to say about it:

Who does not like BREAD? Well, there are the gluten intolerant wheat haters – but other than that most people.

The question though is just HOW MUCH you like BREAD. What are you willing to trade for a loaf of Fresh Sourdough ART-IS-AN BREAD? Hand crafted BREAD that is made with an eighteen hour process. BREAD that in other situations would sell for ten bucks a kilo. BREAD that is part craft part art.

Bring whatever you think a loaf bread is worth down to the SmithDick venue in the bus interchange and swap it. It’s up to you – a toaster or tea cup, an old TV or maybe even a piece of art. We wont question your sense of value, if you say it’s worth BREAD then it is worth BREAD.

Besides the joy of BREAD why is this happening? Why is this art not a bakery? Robert makes artworks that encourages the viewer to think about the value of their time, stuff and money. He likes baking bread and has found a way to use his passion as part of his art making and PhD project at the ANU School of Art. This artwork is part of his research in to how participants (people who like BREAD) value objects and participation. You may be documented and chatted to when you come down for your BREAD.

There will only be a limited number of loaves (more than 15 less than 50) produced every day. The first batch will come out of the ovens around 1pm in time for the Close Listening concert.

We had a brief report on Robert’s previous similar venture at The Front back in last July.

Robert’s also doing his thing in Boorowa at The Pantry on Pudman this weekend if you’re out that way.

You can find out a bit more on local ABC breakfast radio around 6:45am tomorrow (Monday) morning. Hopefully there will also be a bit about how the event at the Boorowa show went on Saturday.

Can you swap a $5 note for some BREAD?

…anyone remember Vogels? Now that was bread.

This looks amazing! What a fabulous idea. What I like is that it makes you think about the value of the item your bringing, and the value of the bread. Also I just like good bread. The supermarket stuff is soul destroying. Once you have good bread it’s hard to go back.

Carl Ostermann - 11 minutes ago
In the nineties, it was adventurous gnomes sending their owners... postcards from all over the world View
News 30

Barbara Boswell - 50 minutes ago
Definitely hope so. Love V8s.... View
Dale Brittain - 1 hour ago
Choco Munday i experienced them first hand. I understand what you are saying View
Choco Munday - 1 hour ago
Um....no. The green lobbyists had the ear of government then, and they will oppose this now, even more fervently. The inner c... View
News 33

David Anderson - 2 hours ago
No respect for your elders you young punks..🤠 View
Property 26