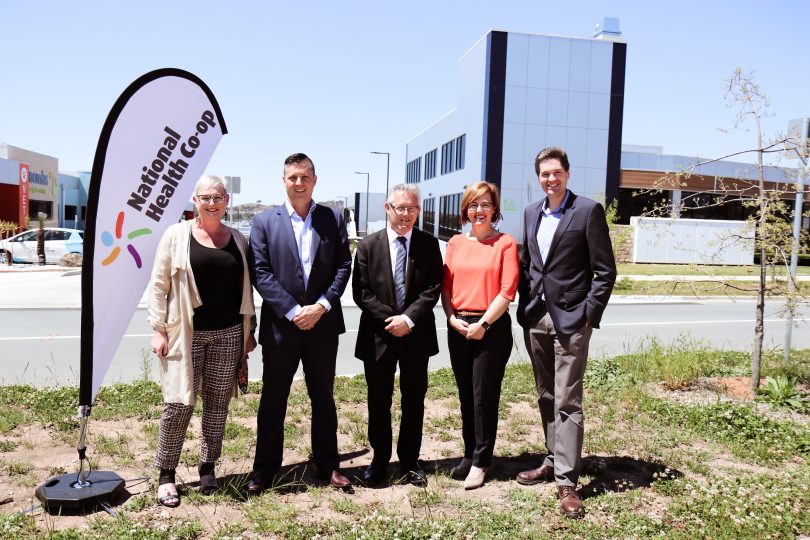 More bulk billing services will soon be available in the growing Molonglo Valley with the National Health Co-op to establish a new GP clinic in Coombs, thanks to an ACT Government grant.

ACT Health Minister Meegan Fitzharris said a third Bulk Billing General Practices Grant had been awarded to the Co-op for their new clinic in Coombs, making it easier for residents in Molonglo Valley to find a local bulk billing doctor.

Ms Fitzharris said the $350,000 grant will help establish the 11-room clinic and will have a big impact on the level of local healthcare available for residents in the growing Molonglo Valley.

“We know Canberra has some of the lowest bulk-billing rates in the country, particularly in the south of Canberra. The ACT Government is encouraging more GPs to bulk bill to make it easier for people, particularly those most in need, to find a local doctor who they can rely on,” Ms Fitzharris said.

“The new clinic will not only incorporate bulk billing for a visit to the GP but for other primary health care services as well, making it multidisciplinary.”

“This new clinic in Coombs, funded under this grant, will enable local residents of the growing Molonglo Valley to access affordable health care services much closer to home,” Mr Watts said.

“The ACT Government’s investment in the establishment of the new clinic in Coombs recognises the importance of the National Health Co-op as a community-owned provider of affordable health care in the ACT.”

The new Coombs clinic is the third recipient of these grants, following last week’s announcement of two successful grant recipients in Tuggeranong. Ms Fitzharris believes the Bulk Billing Grants Fund is the right incentive to get more clinics and more doctors offering bulk billing to more patients in Canberra’s south.

Yes, demanding full free health care is an entrenched part of the Australian culture, especially with people who don’t pay the Medicare levy.

Even a small co-payment is deemed to be an alien concept as Joe Hockey was reminded about.

But will they offer bulk billing to everyone or just those with a concession card? Just because people don’t have a concession card doesn’t mean bulk billing isn’t needed….and in Canberra it’s almost impossible to find. Instead you’re looking st $85 up front for an appointment, which adds up when you are paying once a week.

Mel, the NHC bulk bills everyone all the time for all it’s services. It’s also a patient owned charity that exists for the sole purpose of providing affordable healthcare. More info is available at http://www.nhc.coop/about