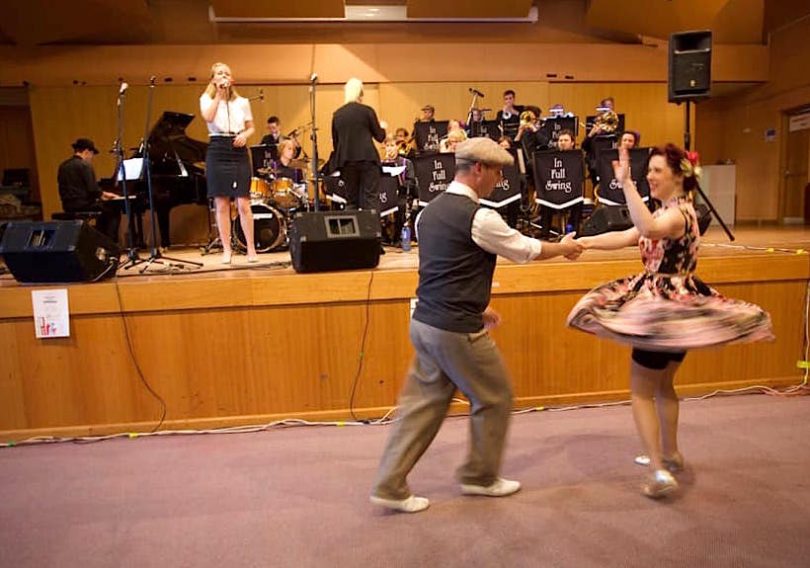 The Canberra Big Band Collective will take people through the ages at its third and final event for the year this Saturday night. Photos: Supplied.

Lovers of big band are in for a treat this Saturday as the Canberra Big Band Collective fires up for its third and final event of the year.

The light and dark of the genre will be on show for Night and Day, featuring two of Canberra’s finest big bands – Twilight Jazz and ConneXion.

Canberra has a thriving big band scene with nearly 10 community big bands, and more in the school system and universities. The Collective aspires to bring these bands together to work and play together.

“We hope these concerts bring some of that vibrancy to the broader community,” Mr Bandutunga said.

“If you’re a fan of big band music, here is your chance to hear a great representative mix,” he said.

“We’ll have music from the 1930s swing band music right through to the modern-day upbeat stuff.

“It’s all going to be a mix of the lighter, ballad-type songs with some moody tunes which reflect the night and day theme.

“There will be quite a few tunes that people will recognise and some that you don’t.”

ConneXion is one of the Canberra big bands to be performing on the night.

Mr Hooley said people attending will be able to pick some tunes from popular films, including a number of James Bond movies.

“Whenever you go to one of these events, you’re always in for a few pleasant surprises,” he said.

For those who want to do more than sit and listen, the Swing Katz dance club will lead the way on the dance floor.

“It’s a family-friendly show, so you can come along, bring your friends and come to listen, eat, drink and maybe have a dance. The last one was standing room only, so we’re hoping it will be like that again,” Mr Hooley said.

Ticket prices at the door will be slightly higher. Details available at Facebook.

bj_ACT - 14 minutes ago
That’s a really interesting read A nony mous. We deserve to know more research and analysis. Many of the Oaks and Cedars of... View
A Nonny Mouse - 4 hours ago
The Local Government Association of South Australia commissioned an 'Independent Inquiry into Management of Trees on Public L... View
bj_ACT - 5 hours ago
I’d certainly like to see some peer reviewed stats on the tree falls in Canberra. I noticed on radio last week the TCCS exe... View
News 10

@the_riotact @The_RiotACT
ACT Senior Australian of the Year and 50-year volunteer with @stjohnaustralia Valmai Dempsey wants mandatory #first-aid training for learner #drivers. She says it's a no-brainer https://t.co/Xovhw0Ec3H (47 minutes ago)