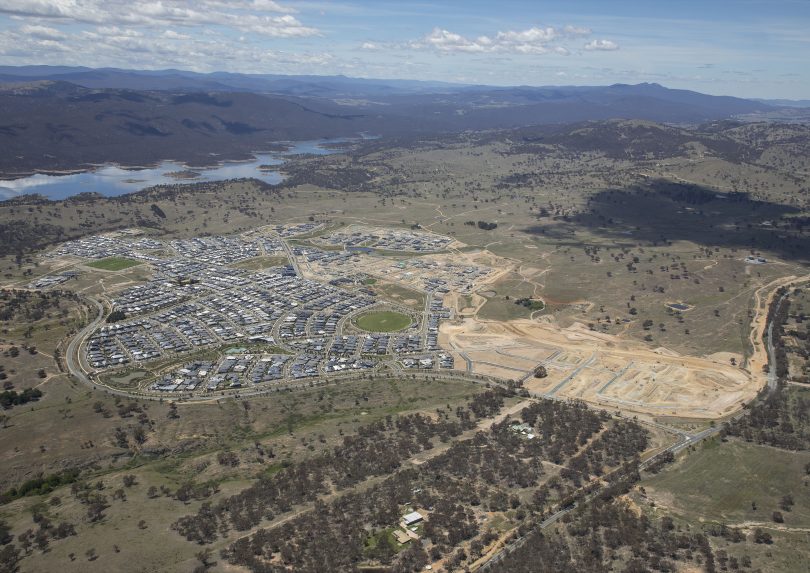 It may not be Canberra Liberals leader Alistair Coe’s favourite community but the fast growing Googong township just across the border has taken home the ACT’s top property award.

Mr Coe is alarmed at the number of Canberrans leaving what he believes is an expensive ACT for cheaper land and lifestyle in NSW, but while price may be a factor, the award suggests there are other attractions for the masterplanned township’s residents.

Googong North – the first of five connected neighbourhoods in Googong – includes 2,000 dwellings and 4,000 square metres of commercial and retail space and is already home to 5,000-plus residents.

The town will eventually be home to over 18,000 people and is being developed as a joint venture between Peet Limited and Mirvac.

The Property Council presented Peet Limited, on behalf of the joint venture partnership, with the Rider Levett Bucknall ACT Development of the Year award last week.

Property Council ACT Executive Director Adina Cirson said that while Googong was just across the border, it was very much part of the Canberra community.

She said the judges praised the development for high-standard amenity, sustainability and livability.

”Googong North was the first step in the creation of a whole new town from scratch,” she said.

”The site was a degraded sheep property in a rural setting when the developers envisioned a new self-contained town just 30 minutes from Canberra’s CBD.”

”A persistent and innovative approach to planning and problem solving delivered a range of great outcomes for the residents of Googong,” she said. 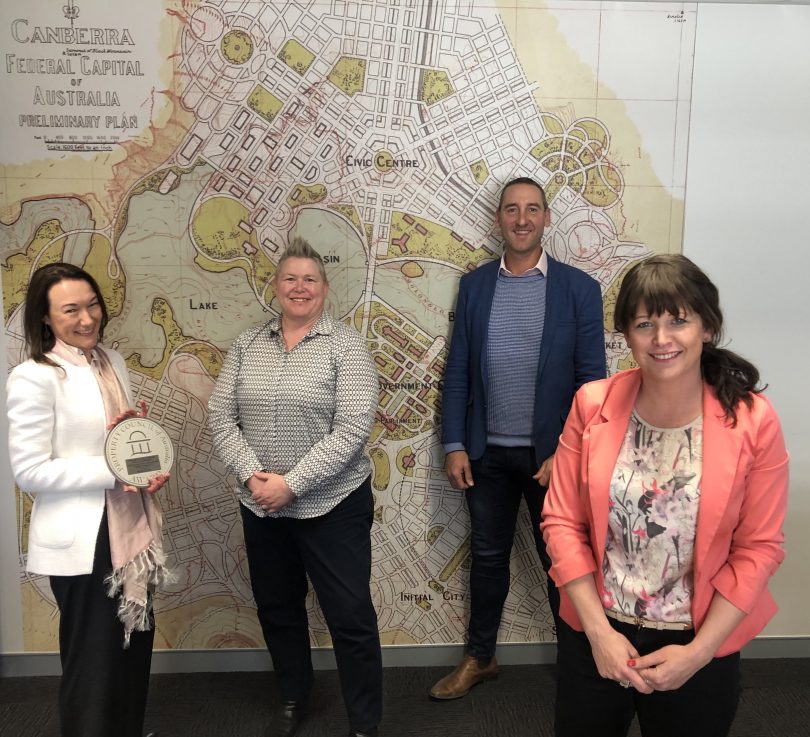 A highlight is the design and construction of a $133 million Integrated Water Cycle system providing recycled water to homes, gardens and public spaces and reducing potable water consumption by 60 per cent.

Almost 25 per cent of land has been reserved for public open space and conservation, including enhancement and preservation of landmarks that pay tribute to the region’s Aboriginal and colonial history.

Googong Project Director Malcolm Leslie said this level of amenity was crucial for building a healthy, active and close-knit community.

“That sense of belonging and community pride is a hallmark of the project and has become a valuable asset,” he said.

The RLB ACT Development of the Year award is part of the 2020 Property Council of Australia / Rider Levett Bucknall Innovation and Excellence Awards program.

Googong North will now vie for the EPM Projects Award for Best Master Planned Community at the national awards, which will be held virtually on Thursday, 22 October.

RLB has partnered with the Property Council to present the awards program since its inception in 1982.

“Innovative projects like Googong showcase the visionary work of our industry, creating jobs, growth and opportunities for people across our region,” he said.

PEET limited are ACT members based in Canberra and the Property Council has taken a Canberra region approach to the awards.

There are a few noticeable issues I find in ACT that prevents or discourages investment and growth. One issue is the lack of land releases and development in the ACT. Despite being limited by mountain ranges, there does still appear to be large swathes of land that could be developed, possibly in places like Majura, Uriarra, Coree, Stromlo, Paddys River, and Kenny. There are also discouraging issues of building height restrictions in Canberra City (Civic) and inner-suburbs, and leasehold titles for real estate property instead of freehold. Development in Queanbeyan, Googong, Sutton, Bungendore, Murrumbateman etc. further benefit from the drawbacks of regulations for the ACT property market.

Naturally, Canberra urban metropolitan growth would expand into NSW anyway and ACT would remain the major centre for work, business and services. 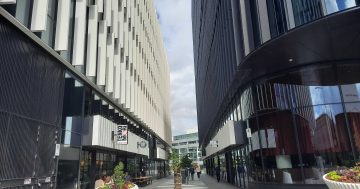