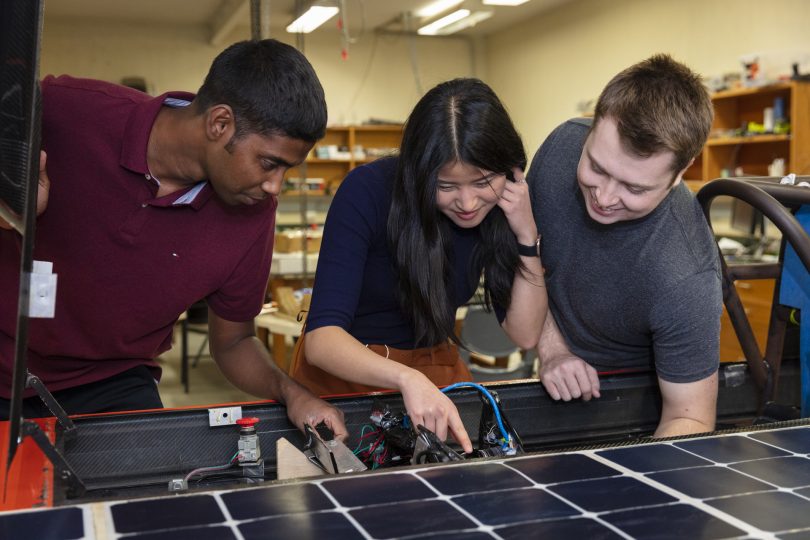 Spending hours working on a solar powered car might seem an unusual way of broadening your social circle, but that’s exactly what the ANU Solar Racing team has helped students do.

Like many students who stay in their hometown for uni, Canberra locals Henry Skelly and Nicole Wang say it was initially tricky to get involved with student life at ANU.

“I was living at home, which meant being quite a way away from uni so I’d only really come to campus when I had class,” says Henry.

He is studying engineering with a major in renewable energy, and thought the ANU Solar Racing team might be a great way to meet new people who have the same interests as him, but are not necessarily in his classes.

Having experience working at Questacon with school and community outreach events, Henry was invited to join the ANU Solar Racing business and events team.

He explains that alongside all of the technical elements of ANU Solar Racing, there’s also the need to engage the community through outreach and sponsorship initiatives. This is where his role comes in.

Like Henry, Nicole also joined the team in a later year of study.

She runs the logistics of the electrical components of the team’s solar car, and studies a Bachelor of Advanced Computing with a specialisation in artificial intelligence.

“Some of my degree is applicable to our work, but some of it isn’t,” says Nicole.

“I spend about 15 to 20 hours a week working on anything from logistics and coordinating the electrical team to dealing with technical components – anything that has a current, I deal with.” 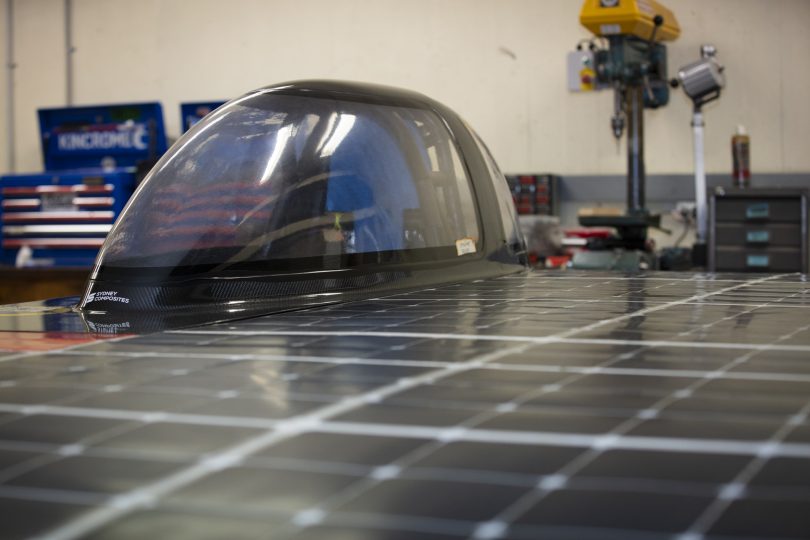 As an international student, he found himself feeling more isolated after he moved off-campus at the beginning of last year.

According to Christopher, joining the ANU Solar Team has been a really good way of meeting people from all over the university, as well as from the broader Canberra community.

“I started off my degree focusing on my academic results and studies, but last year decided it was time to get more involved and meet some more people,” he says.

Christopher studies engineering and business administration and says ANU Solar Racing been an invaluable learning experience for so many reasons.

“The analogy I’d use would be to say that everything I’ve learned in my degree is like a drawing on a piece of paper, and the work I’ve done with the solar team makes it 3D,” he explains.

All three students would love to remain involved with the ANU Solar Racing team after they graduate, but it is unclear what form this will take.

Nicole is even tempted to delay or defer her graduation so she can see the big race take place.

Usually the Bridgestone World Solar Challenge would be a massive event, with teams travelling from all around the world to race from Darwin to Adelaide, and ANU racing against teams from prestigious institutions such as Stanford University, Massachusetts Institute of Technology and Volkswagen.

Unfortunately, due to the COVID-19 pandemic, the 2021 race has been cancelled, but the ANU Solar Racing team is planning its own shorter race to be held later this year.

The next Bridgestone World Solar Challenge will be held in 2023 so the team has plenty of time to prepare for it.

To find out more about the ANU Solar Racing team’s journey and innovations, visit its website.