Brumbies’ Robbie Coleman on why he supports White Ribbon 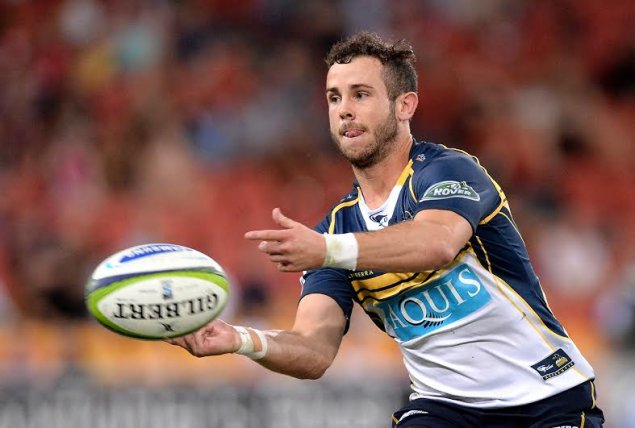 Brumbies player Robbie Coleman is a long-time Canberran who believes violence against women is never acceptable.

After winning man of the match following the Brumbies recent home game against the Melbourne Rebels, he chose to support Australia’s campaign to stop violence against women, White Ribbon Australia.

“There shouldn’t ever be violence against women. It’s a cause that I really believe in. Back when I first started playing for the Brumbies we did some work with White Ribbon and it’s stuck with me since,” he says.

“A fair few Brumbies boys have White Ribbon as their nominated charity. We’ve all seen some of those high profile cases in Australia and overseas of sports players being violent towards women. It’s not okay in sport, or anywhere else.”

With Canberra women Tara Costigan, Sabah Al-Mdwali and Daniela D’Addario murdered in recent months – all three alleged to be the result of domestic violence – Robbie says that the work of White Ribbon is more important than ever.

“Anytime you hear about domestic violence or violence against women, it’s just not acceptable. I’ll get behind White Ribbon any day of the week.”

Through prevention initiatives and an annual campaign, White Ribbon Australia seeks to change the attitudes and behaviours that lead to and perpetuate men’s violence against women.

jwinston - 29 minutes ago
Utilise the the many idle hands at the Alexander Maconochie Centre by making the prisoners mow the grass around Canberra. Unl... View
Capital Retro - 1 hour ago
There are personal liability insurance issues too. Lawnmowers have a habit of hurling stones and these break windows, damage... View
Community 45

Kylie Gordon-wilkins - 1 hour ago
Work with Ngunnawal elders and community to create places that acknowledge the owners of the land that has changed so much. W... View
Majella Kesby - 13 hours ago
Well they could deal with the African Lovegrass that's overtaking the reserve area behind me before it's completely overrun. View
Tim Gardner - 16 hours ago
Stephen Budge thank god for that..my parents opened up shops in the Tuggeranong valley before there were houses to the south,... View
Community 3

Winkie Wee - 3 hours ago
I think it would be appropriate to have registration to vote for the 16/17 year olds voluntary. If they want to vote, they ca... View
kenbehrens - 16 hours ago
The argument that some 16-17 year olds work and pay tax, therefore all 16-17 years should be able to vote, is ridiculous. The... View
Business 1

HiddenDragon - 15 hours ago
Some time in the next 12-18 months, we can look forward to seeing the first of the inevitable articles about how this latest... View
kenbehrens - 16 hours ago
Ongoing issues with Covid probably justify lower density work environments, however, from a management perspective I can see... View
Rob - 17 hours ago
Any small businessperson must be ruing the day they voted for this lot: no territory public servants buying goods at lunchtim... View
News 15

@the_riotact @The_RiotACT
The ACT has now joined every other Australian jurisdiction in formally #recognising the important role #carers play in the community https://t.co/WmKAW3ArHs (22 minutes ago)

@the_riotact @The_RiotACT
RT @thecanberrapage: Take two for test cricket in #Canberra? The ACT Government has put its hat in the ring to host the Fifth #Ashes Test a… (1 hour ago)