Giralang Primary school, innovatively designed by Enrico Taglietti. Photo: from the collection of the NAA.

Canberra’s post-war boom was about more than just our population. That speedy growth brought with it a million buzzing new ideas about how to live in the bush capital. Few, though, could equal the enduring wit, elegance and beauty of Enrico Taglietti’s architecture, which is a major focus for this year’s Design Canberra Festival.

If you went to Giralang, Latham or Flynn Primary Schools you’ll know all about his complex, fun spaces for children. You’ll probably recognise the distinctive lines of the Polish White Eagle Club too, and the low swooping roof of the Dickson Library, or remember the now demolished Town House motel in Marcus Clarke Street.

As it happened, the long Taglietti connection with Canberra was almost accidental: he’d been engaged to design the Italian embassy but the project took more than 20 years to complete and in the interim the dapper Milanese architect fell in love with the city, its clean air, bushland and open spaces and began building innovative, elegant houses. 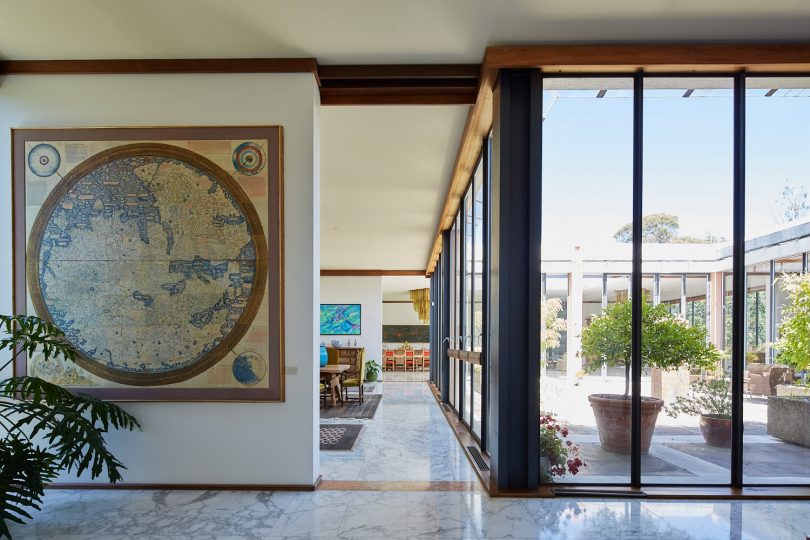 Interior shot from the Embassy of Italy, the project for which Taglietti originally came to Canberra. Photo: Anthony Basheer.

Nationally renowned glass artist Judi Elliott and her husband Rob Worley live in a beautiful example in Canberra’s south, with breathtaking views stretching out across the mountains overlooking Kambah, looking out to Conder and swinging around to Mt Taylor. But while everyone from tradies to overseas visitors is stunned by the 40 feet of glass showcasing that spectacular landscape, Worley thinks they should be equally enchanted by the architecture, as he and Judi were on first sight.

“I came here from Queensland where even at that time, architecture was about being able to see outside, to live inside and outside. When we arrived here there were Californian bungalows in Ainslie and Deakin, but because of the need to get Canberra moving in the 1950’s, there were also a lot of three bedroom houses that I thought were pretty boring. 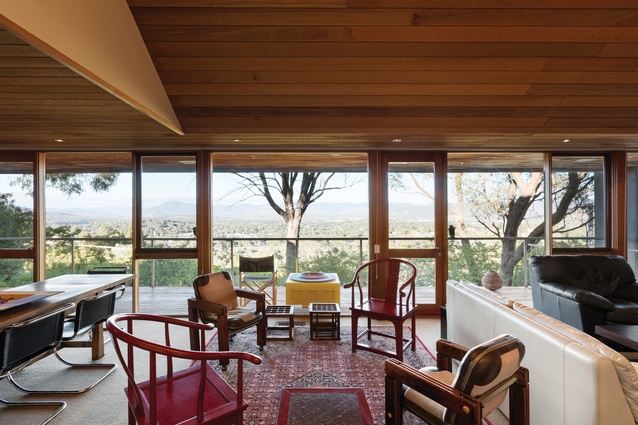 Interior woodwork and sweeping angles frame the view to the south in the Worley/Elliott house. Photo: Dianna Snape.

“We looked and looked for six months and I always had a Taglietti house in mind,” he says. “Then Jude rang to say ”you better get in here, this is the place!” We walked into the house and stood in the foyer, we went down the stairs and we said we’d take it, there and then.”

It was also the start of an ongoing relationship with the architect Rob describes as “twinkling, beautifully dressed, driving a Lancia, with this lovely demeanour. We went straight over to Enrico’s house and knocked on his door and introduced ourselves, and we’ve retained that connection ever since.”

But it’s the house that’s the hero, so much so that Rob says he sometimes has trouble leaving it. “I’m sitting at the dining room table as we’re speaking,” he says. “You can look up at the ceiling at an angle going to the height of 6.5m in a triangular form, before going on a horizontal plane that continues out through the windows to the eave, which is done in cedar as well.

“It’s all about the angles, lines and forms, the fluidity of his work in concrete, the timber work, the ceilings. The house is a whole, beautiful piece of design and there is so much pleasure in the continuity of all the design ideas.” 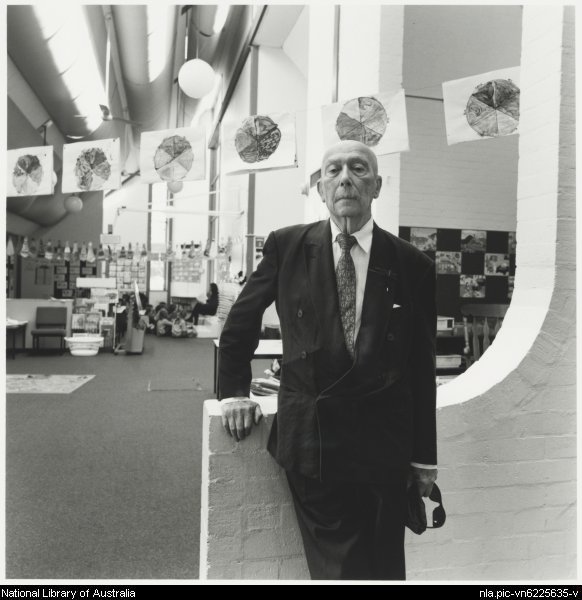 Architect Enrico Taglietti is the subject of a Design Canberra symposium. Photo: Courtesy of NLA.

Do people understand how important some of the city’s modernist architecture really is, though? “I’m not one to judge, but I don’t think people are aware of and educated to it,” Rob says. There’s an immediate way to remedy that: Design Canberra is holding a major Taglietti symposium on Friday, as part of a bigger programme celebrating the architect’s work. The symposium features international speakers including author Karen McCartney, academic Professor Philip Goad and Dave Pigram, co-director of the international architecture and innovation practice, supermanoeuvre, who actually went to school at Giralang Primary.

Have you lived, worked or gone to school in a Taglietti building?

opso - 1 hour ago
As per the first couple of sentences of this story 'From midday today, ACT residents can travel for any reason to an expanded... View
Sam Oak - 2 hours ago
There is no reason for being pedantic with the rules. Ironically as NSW reopened the cases have plummeted showing that Austra... View
JC - 3 hours ago
Yes you have missed something. It is now both directions. The quote below is from the first web page you fine if you google A... View
Property 16