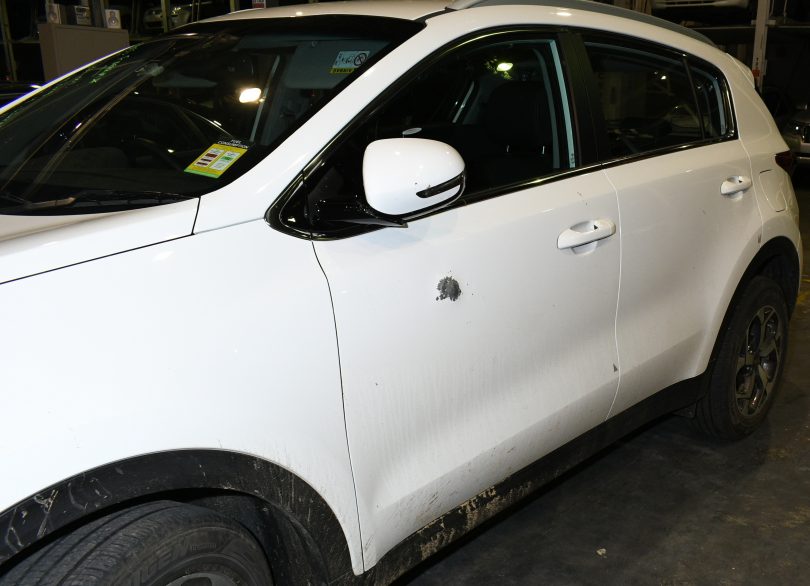 The white Kia Sportage involved in the alleged burglary at Gordon. Photo: Supplied.

A 22-year-old Holt man will face 10 separate charges in the ACT Magistrates Court today (24 August), including threatening to kill a person, following a burglary in Gordon last week.

ACT Policing will allege the man was one of three armed offenders who entered a unit on Matson Street in Gordon at about 3:00 am on Wednesday, 12 August.

They threatened the occupant and stole a number of items, including a black Mazda CX5, before fleeing the scene.

Police later located the stolen vehicle burnt out in Symonston.

Enquiries also revealed a white Kia Sportage bearing NSW registration in the area at the time of the offence. The vehicle was later found in McKellar. Further examination revealed a number of stolen items and prohibited weapons inside.

The Holt man has been charged with a range of charges including firearm, theft, arson offences and recklessly threatening to kill a person.

Anyone with information regarding the burglary is urged to contact Crime Stoppers on 1800 333 000, or via the Crime Stoppers ACT website. Please quote reference 6595505. Information can be provided anonymously.