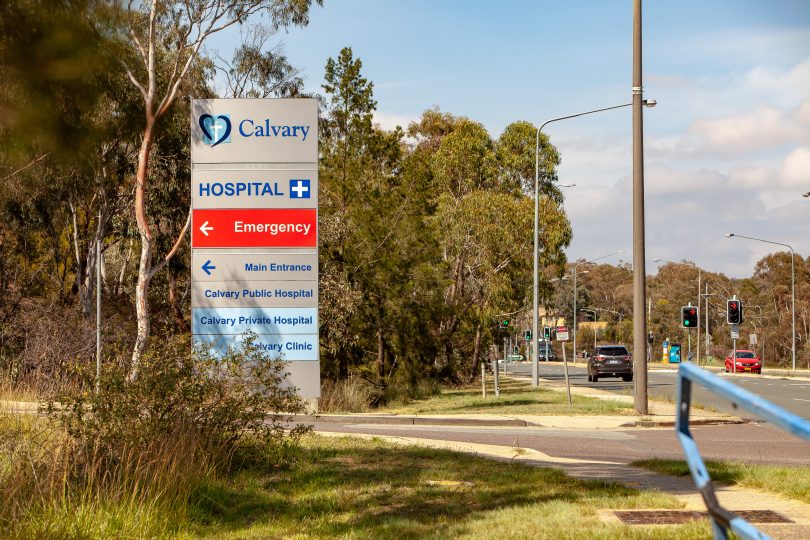 Calvary Hospital could be the recipient of 20 new acute mental health beds under a Canberra Liberals Government. Photo: Region Media.

On The Campaign Trail today, the Canberra Liberals unveil a new postnatal health care centre and a new candidate, the Greens put $80 million towards bike paths, and Labor launches a historic re-election campaign off the back of free childcare and utility subsidies.

The Canberra Liberals have started to roll out their health policy this week, promising to build a dedicated residential care home for mothers experiencing postnatal depression, an extra 20 mental health beds and 55 new mental health staff in Canberra’s north.

The plan to build a residential rehabilitation centre for Canberrans suffering from eating disorders – with construction currently set to commence in 2021-2022 – will be expedited, while frontline health workers will have easier access to compensation for the trauma experienced on the job if the Liberals form government.

The 20 beds – a 50 per cent increase to the current number – may need to be expanded to 40 during the next parliamentary term depending on demand, health spokesperson Vicki Dunne said.

Peddling across the line, Greens promise $80 million for bike paths

Seven large-scale cycling corridors and 100 smaller upgrades to connect current gaps in Canberra’s cycle network will form the bulk of a new $80 million cycling pledge by the ACT Greens.

The $80 million will come from a re-allocation of the current roads and parking upgrade budget. The Greens have pledged to spend a minimum of 20 per cent – and a minimum of $20 million a year – on walking and cycling infrastructure.

An interactive map of the currently proposed paths can be found here.

Last week the Canberra Liberals promised to make the ACT’s entire cycle path network road-free by 2030 with 100 km of dedicated, off-road cycle paths but did not announce a price tag. Instead, a $500,000 feasibility study will be undertaken to find the best location for the paths.

A further $5 million will be allocated to improve cycling facilities at transport interchanges and other major stops, the Liberals said. 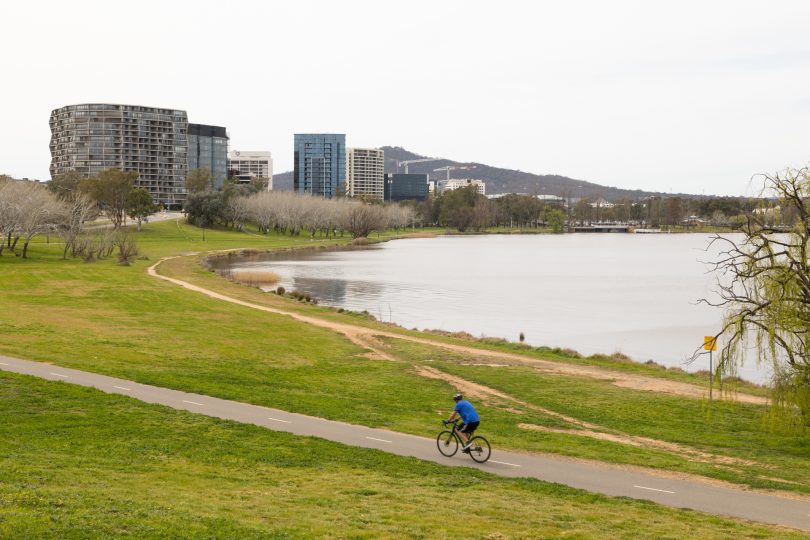 An extra $80 million will be spent on Canberra’s bike paths if the Greens are elected. Photo: Michelle Kroll.

The Greens will also create 5000 nest boxes to house threatened bird and mammal species which will be installed within neighbourhood forests across Canberra.

The boxes will be built by detainees at the Alexander Maconochie Centre in an effort to “upskill” the inmates as part of their rehabilitation.

Labor springboards education platform off the back of official campaign launch

A re-elected Labor Government will provide three-year-olds with one day of free childcare a week as the first step towards replicating the current 15-hours of free care a week for four-year-olds.

An extra 25 teacher-librarians will be hired by the end of 2024 while disadvantaged families can apply for grants of up to $750 for school supplies for their children, Education Minister Yvette Berry said.

More funding will also be given to schools to help them employ a qualified teacher-librarian. 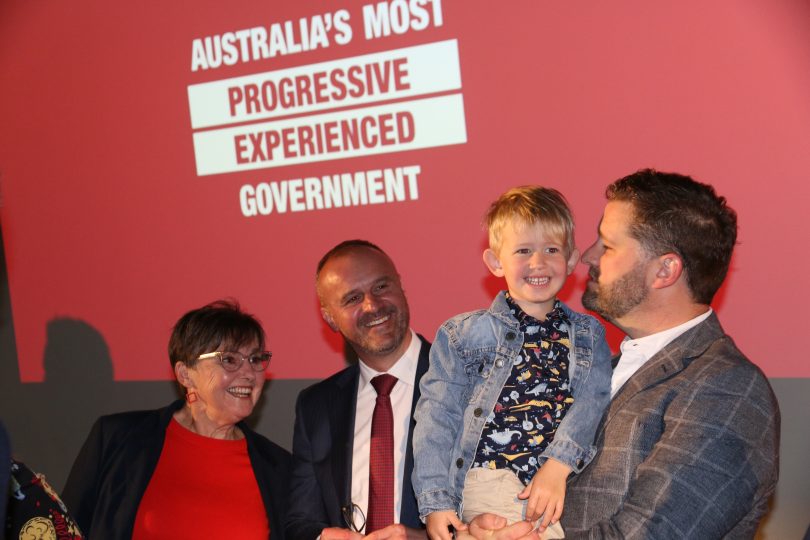 Chief Minister Andrew Barr said his Government would extend the current utilities rebate – and increase it by $200 – so that struggling Canberrans will now get $900 off electricity and other bills automatically applied in 2021.

The Canberra Liberals will pump nearly $20 million into Gungahlin for a new indoor sporting complex and multicultural and community centre if they are elected in October.

The $12.7 million sports facility will have six indoor basketball courts and a large multipurpose space while the $7 million multicultural centre will have a 1,500 person capacity and commercial kitchens to self-cater events.

The Canberra Liberals have parachuted IT project manager and company director Rattesh Gumber into the electorate of Kurrajong after dumping former candidates Vijay Dubey and Peter McKay.

Mr Gumbar, the CEO of IT Alliance Australia, is also an Honourary Multicultural Ambassador and is heavily involved in the Federation of Indian Associations of the ACT.

“I am putting myself forward because I know how hard it is for families and businesses to make ends meet and we need a government that is focused on helping everyone get ahead,” Mr Gumber said. 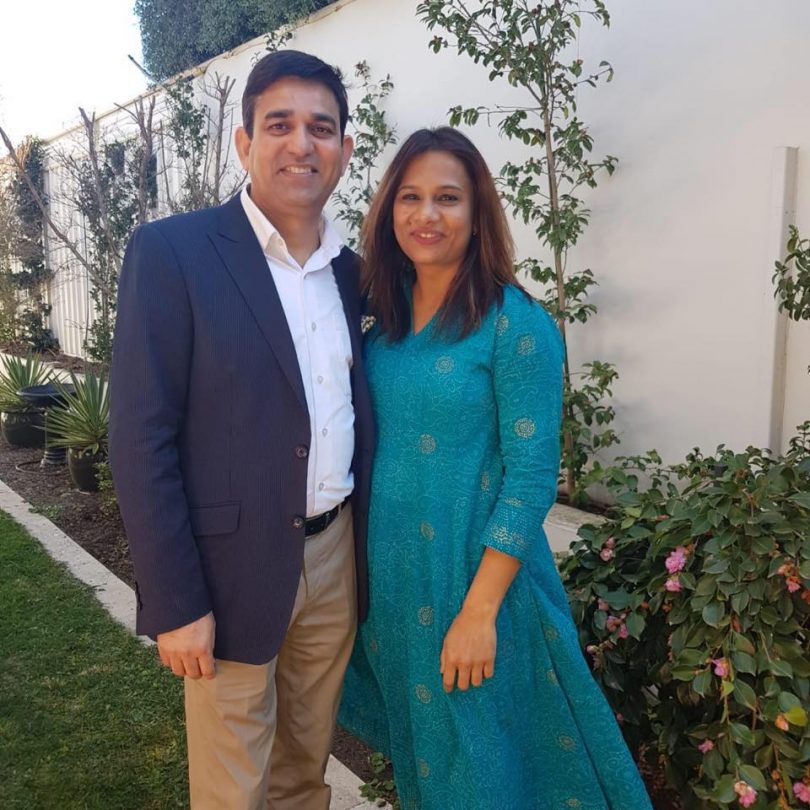 Rattesh Gumber (left) has been announced as the Liberals’ new candidate for Kurrajong. Photo: Facebook.

The Liberals dumped former Kurrajong candidate Vijay Dubey in July for allegedly going off message during campaigning. Mr Dubey is now contesting the election for the Belco Party. His replacement, Peter McKay, was dumped by the party a month later after it was revealed he took aim at the Indigenous acknowledgement of country and supposed homosexual “bias” in ACT Policing in a religious freedom submission.

デ スティーブ - 13 minutes ago
They could save a lot by just laying off 500 staff. Problem solved. View
Rosalind Turner - 25 minutes ago
Shawn Mulgrue just hope your dept doesn't have to move. My fed govt work area is moving and the new dept of Treasury rules on... View
Vander Leal - 6 hours ago
You had spread city centres with departments and buildings, but that was way too boring, so you ask to put down the old build... View
News 41

Steve Brinkman - 2 hours ago
Margaret Freemantle she cant View
Jennifer Fraser-Brown - 13 hours ago
Yep try the Pfizer one - the rate of anaphylaxis caused by the Pfizer vaccine is higher than the rate of thrombocytopenia fro... View
News 30

Elroy Jones - 8 hours ago
Simon Troman so your beef is about higher medical costs? Really? View
Trish Roberts - 15 hours ago
Elroy Jones I’m quite happy to share with them when they’re riden by competent riders. It’s the misuse of the scooters... View
Motoring 56

Peter Robinson - 8 hours ago
Steve Jones copy that. Love the motion lotion guzzling V8 . Just for the sound you know ..... View
Luc Stofmeel - 8 hours ago
The article forgot the best option, an actual scooter! $300 a year to register, free parking everywhere, runs on the smell of... View
Acton - 9 hours ago
If these financial advisors calculate the running costs of a car for an 'average' Canberran as $16,000 a year then I would be... View
Food & Wine 44

@The_RiotACT @The_RiotACT
The Festival of Small Halls is proving to be a lifeline for musicians as it tours 20 rural locations in NSW https://t.co/dJze5LsnrO (10 hours ago)

@The_RiotACT @The_RiotACT
Keeping a restaurant running for 20 years is a massive achievement, but three generations have achieved just that at Mama’s Trattoria https://t.co/F5vcV1trrc (11 hours ago)

@The_RiotACT @The_RiotACT
Two people have died in a light plane crash north of the ACT border near Sutton this afternoon https://t.co/XYIQTbld4h (12 hours ago)