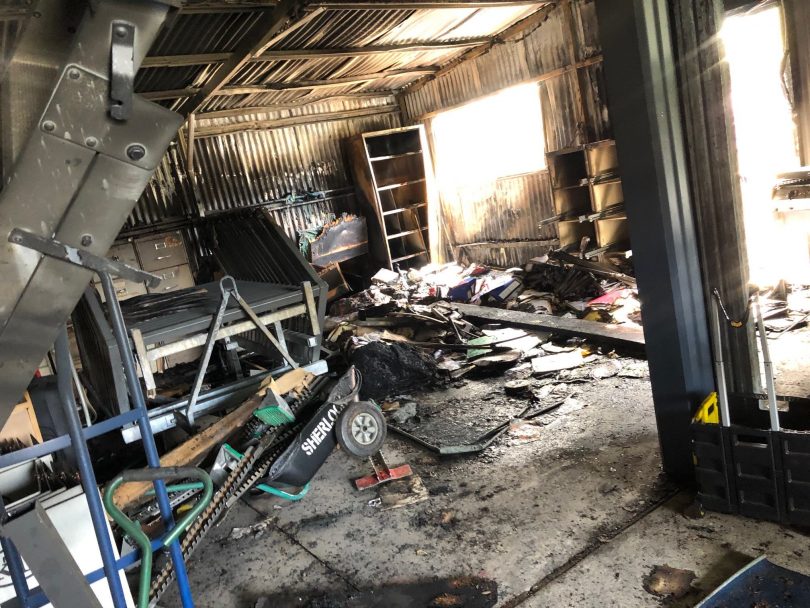 Canberra’s athletic community has rallied together in support of the clubs hit by an arson attack on Monday night (8 October).

Police are investigating after arsonists started a fire in a storage shed at Woden Athletics Park on Monday night, destroying equipment used by several athletics clubs. The vandals also damaged nearly every glass window in the clubhouse and ransacked the canteen and offices, stealing several items, including the much-needed defibrillator.

The fire has forced ACT Athletics to cancel its meet at the Phillip track this weekend, but Woden Little Athletics Club is determined to go ahead with its season opener on Saturday, resolved not to let the arsonists win.

Woden Little Athletics Club secretary Mel Hardy said several clubs were heartbroken by the substantial damage caused by the fire, which included a dozen pole vaults that were bought recently and were still in their boxes unwrapped, brand new javelins, high jumps and equipment trolleys, with an estimated $200,000 worth of damage.

Ms Hardy said it was fortunate the majority of the clubs equipment was stored in a separate storage unit that was not attacked.

“The sad thing is the equipment was all new and the kids were looking forward to trying out this weekend,” Ms Hardy said. “The big impact for us is that it is a week before our season opener and the fire has hindered our preparations.”

Ms Hardy said all equipment in the shed had to be thrown out due to fire damage, water damage or chemical contamination but the athletics family had come together to give the clubs a helping hand.

“Everyone from across the state has come together even though at competitions our little athletes are competing against each other,” she said with a laugh. Ms Hardy said she had been contacted by clubs across the territory offering to donate and share equipment so it could run this weekend’s meet.

Ms Hardy said the arson attack had affected more than the athletes at the club, with an open coaching clinic for all local kids forced to be postponed and forcing ACT Athletics to cancel this weekend’s meet.

“It is heartbreaking, but as I keep reminding people, nobody was hurt so that is a positive,” Ms Hardy said. “It is a huge inconvenience but the ACT community has rallied around us and the support has been fantastic.”

Athletics ACT is yet to set up any fundraising activities as they are still evaluating the overall cost of the damage and what’s not covered by insurance. An existing Woden Track & Field equipment fund is set up with Australian Sports Foundation and any funds received through this will be put towards the immediate return of competitions and training to the Woden Athletics Facility for the four organisations affected by the loss of equipment. 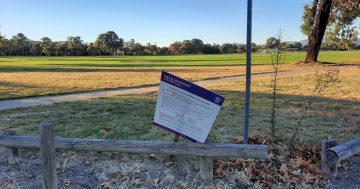