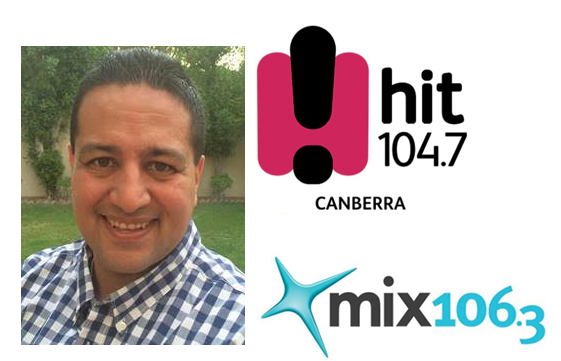 Canberra FM, home of the hit104.7 and mix106.3 radio stations, has a new boss in Craig Wagstaff, a former account manager with the network who will return to replace outgoing general manager Eoghan O’Byrne.

Mr O’Byrne has left to take up an appointment as director, marketing and communications at the University of Canberra.

Mr Wagstaff joins Canberra FM on August 29. According to industry news site Radio Today, Mr O’Byrne gave notice of his intention to leave the network in April, but stayed on during the search for his replacement.

Mr O’Byrne first joined Canberra FM as the Mix106.3 sales manager in 1998 and was promoted to sales director in 2000. He was general manager for 12 years.

A Canberra native, Mr Wagstaff has more than 15 years’ media experience in Australia and has spent the past nine years working overseas.

He started his radio career as an account manager at Canberra FM before progressing into a senior management role. He then moved to Malaysia to work on a number of roles with the Astro Group before taking up his most recent position at Motivate Publishing in the United Arab Emirates.

Mr Wagstaff said he was excited about returning to Canberra with his family and looked forward to being back at Canberra FM.

“Through its leadership and people, Canberra FM Radio and both station brands across Hit104.7 and MIX 106.3 carry a significant, well-earned and special place in the minds and hearts of the loyal listeners, a wide range of commercial partners, and the Canberra community at large.”

“I am extremely enthusiastic and excited to again join the wonderfully diverse team that continue to make this happen,” he said.

Ned Turnbull - 3 minutes ago
Joshua Andrew Morgan It’s called transmission of business Taking the contract of Suez would just cause more strikes just do... View
Julie Macklin - 19 minutes ago
Matt Donnelly I rarely think about how much rubbish I produce. I am happy to only put a bin out every few weeks, and then oft... View
Matt Donnelly - 36 minutes ago
Julie Macklin your habit of virtue signalling about how little rubbish you produce is pathetic and sad. Please don’t drag m... View
Opinion 30

Chris Hobbs - 43 minutes ago
Will ACT residents benefit from 30% canopy cover by 2045 from a massive tree investment, yes! Will we need to remove some old... View
Alice Paris - 1 hour ago
I dont think you understand what is happening here Chris. The Greens and Labor are responsible for the removal of so many mat... View
Bill Gemmell - 2 hours ago
Alice Paris I think people need to talk to their MLAs and let them know how the feel about various issues. I certainly will b... View
Food & Wine 32

Rob Thomas - 9 hours ago
Floriade? View
Tim White - 10 hours ago
David Perkins you do know that it created jobs and brought millions into our local economy and in some cases kept many small... View
Mark Whithear - 15 hours ago
Nope it’s still on in Canberra. At Red Cedars Motel.... View
News 100

Tim Hutch - 14 hours ago
The best way not to give them your money is to do the speed limit. It's really not that hard. View
Rosie Jennings - 18 hours ago
Better if there were more mobile units to catch speeding tailgaters. This I was towing a truck home today it was so close beh... View
David Brown - 18 hours ago
That is irrelevant. They are set low all across the country for exactly the same reason. $$$$$$ View
Food & Wine 21

Katy Did - 23 hours ago
Dragan Gluhović Lots of trains🚃🚃🚃🚃🚃 View
Peter Major - 1 day ago
Government employment sector stabilising the ACT economic environment. No mass unemployment and high disposable income.... View
Dragan Gluhović - 1 day ago
I can see construction industry is performing a little bit and grass is booming well. What else? 😙🙄 View
Opinion 5

ACT Policing has a blunt warning for e-scooter users: be an idiot and you will face the consequences. With e-scooters...
News 63

Leadfoot drivers beware - the ACT's speed detection net is about to be widened with the addition of two new...
News 63

@The_RiotACT @The_RiotACT
Denman Prospect's community centre already has a tenant and will be occupied from day one, developers have assured residents https://t.co/P1z1IY5sgR (57 minutes ago)

@The_RiotACT @The_RiotACT
Without the Bank of Mum and Dad, many young people couldn't buy a house. Zoya Patel asks, are homes really financial success in 2020? https://t.co/Jsp2SyS9Mp (3 hours ago)

@The_RiotACT @The_RiotACT
Canberra music fans are spoilt for choice when it comes to spooky shows and parties to head out to this week https://t.co/lHlf5AKX4o (12 hours ago)