Canberra’s Electric Bike Library charges on for another year 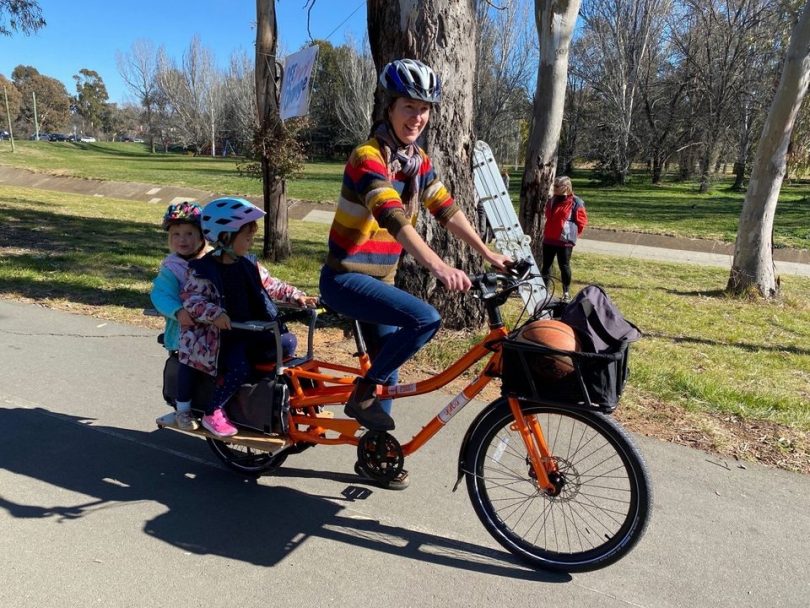 Canberrans can use the Canberra Electric Bike Library to trial the bike for a week. Photo: Supplied.

Canberrans who remain on the fence about buying an electric bike have got an extra year to try one for free after the government extended the Electric Bike Library scheme.

Under the scheme, Canberrans can borrow an electric bike for a week and test how it works for commuting, grocery shopping or school runs.

Four-in-five people who borrowed a bike through the scheme said they can see themselves purchasing an electric bike in the near future, Energy and Emissions Reduction Minister Shane Rattenbury said.

“These bikes can play an important role in supporting our physical and mental health, saving money on fuel and parking while helping to lower emissions,” he said.

“Climate change is one of the greatest challenges that our community faces, which is why we’re so pleased to be offering this service that helps people take meaningful action in their day-to-day lives.

“Fossil-fuel powered transport makes up over 60 per cent of Canberra’s overall emissions. It is critical that we rapidly cut emissions from transport, and this Electric Bike Library helps people to do that.”

READ ALSO: E-bikes are the road to freedom if you’re new to cycling

Those who used the bikes said they replaced between 10 and 50 kilometres worth of car trips during the week.

Mr Rattenbury said the accessories allowed Canberrans to use bikes for almost all of their needs, replacing cars and allowing them to arrive at their destinations without being physically exhausted.

SEE-Change, which runs the scheme, will now work with Switched on Cycles to offer open days every Friday where people can drop in and try the variety of bikes available.

To find out about borrowing an e-bike and tips on riding during winter, contact SEE-Change on 6162 2330.

What should have been in Morrison’s EV plan