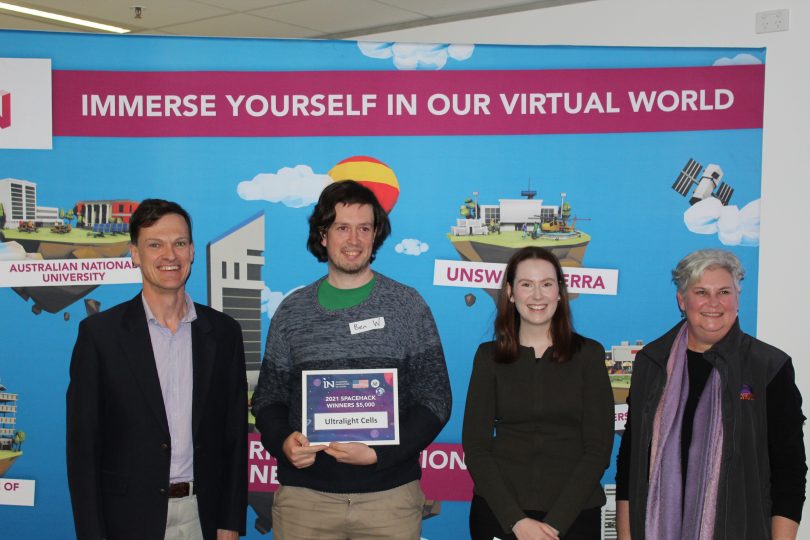 Some of the entries in Canberra’s first SpaceHack competition last month were out of this world.

And the winning ‘big idea’ could help cement Canberra’s position as a world leader in the space industry.

As part of the hackathon, hosted by the US Embassy Australia and Canberra Innovation Network, the winners, Team Space Jam The Sequel, pitched their idea of ultralight solar cells that could change the way satellites and spacecraft operate.

According to the team, the solar cells currently used on satellites and spacecraft are heavy, expensive, have a short life and provide a low return on investment.

They also offer limited communication back to Earth.

They have a greater bandwidth to transfer data and last 10 times longer.

Ultra Light Cells entrepreneur Ben Wilkinson was thrilled with the win and said the hackathon competition was “a fun event with a good community spirit and great mentors”.

“It was a great way to test ideas quickly and get validation from industry experts,” he added.

SpaceHack manager Cameron Ritchie says the team’s $5000 prize money is ‘seed money’ to help the winners build what he hopes will be a “world-changing company”.

Held over two days, he said the event attracted proposals from some of Australia’s best and brightest entrepreneurs, innovators, students, researchers and lecturers from tertiary educational institutions including UNSW Canberra, Australian National University, Canberra Institute of Technology and the University of Canberra.

“As the project manager, I thought it was awesome,” said Mr Ritchie. 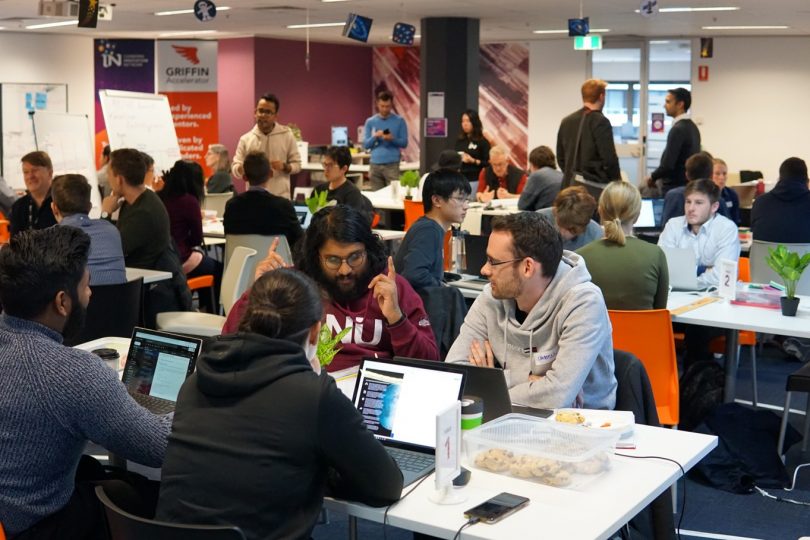 “Canberra has a really great, buzzing space industry and it’s great to have some incredible mentors and innovative startup companies involved with SpaceHack.”

The Canberra Innovation Network will work with the winners to help them attract funding, create prototypes and get their project off the ground.

“I learned more about space in two days than I had ever imagined,” he said.

“I gained valuable skills that I will use in my everyday life, and I joined a network of likeminded thinkers who I will stay connected with and will assist me in my future endeavours.”

Canberra Innovation Network CEO Petr Adamek said competitions such as SpaceHack are “highly efficient demonstrations of what innovative entrepreneurship is about: passion for change, intensive teamwork, rapid progress, accelerated learning, the need to deal with constraints and challenges, high pressure and a bit of luck”.

With limited numbers this year due to COVID-19, the event’s organisers are planning to run a bigger and better event in June 2022 with bright ideas from Canberra students, innovators and researchers, as well as those from interstate.

Teams and individuals can register here.

Find out how Canberra Innovation Network is driving innovative business in the ACT and beyond.

Reckon you know how to solve our planet’s water problems from space?