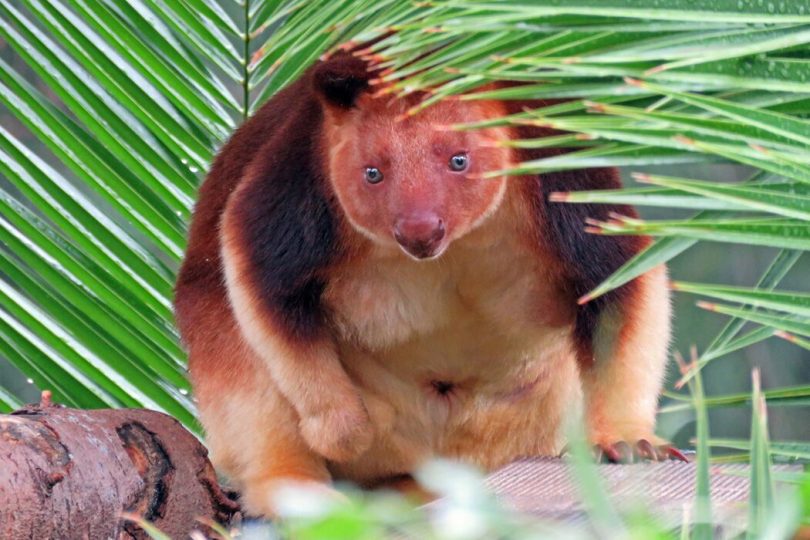 Tree kangaroos are facing extinction due to habitat loss, disease and human encroachment. Photos (supplied by the zoo) are of Oumak at different stages of her life.

The National Zoo & Aquarium has joined the battle to save the tree kangaroo – one of Australia’s lesser known and “least understood” species which is facing extinction in the wild.

This week is Tree Kangaroo Awareness Week (May 19 – May 25) and the zoo has partnered with the Tree Roo Rescue and Conservation Centre to raise vital funds and awareness for tree kangaroos.

The unusual marsupials, which can leap up to nine metres between trees, are slow and clumsy on the ground in contrast to the common ground-dwelling kangaroo. They use their long tails for balance and are agile and flexible in the treetops. 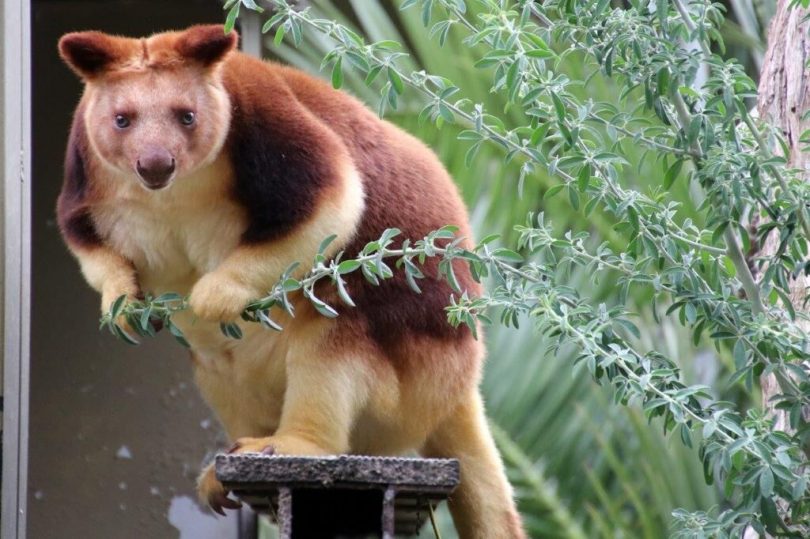 Australia has one of the worst Tree Kangaroo extinction rates in the world.

Tree kangaroos are native to Northern Queensland, Papua New Guinea and Indonesia, with Australia having one of the worst extinction rates in the world. There are 14 different species of tree roos, with each facing varying levels of conservation status ranging from endangered to critically endangered.

Senior wildlife keeper, Brendan Sheean, said that the zoo’s aim is to help protect the tree kangaroos for future generations.

“Tree kangaroos are one of Australia’s most unique and yet least understood and least know species in Australia,” Mr Sheean said.

“Sadly, they are facing extinction due to climate change and habitat loss.

“But here at the National Zoo & Aquarium we have partnered with two organisations, the Tree Kangaroo Program in Papua New Guinea and the Tree Roo Rescue and Conservation Centre in North Queensland, and we’re working with these organisations to make sure the tree kangaroos can survive and have a healthy life in the wild.” 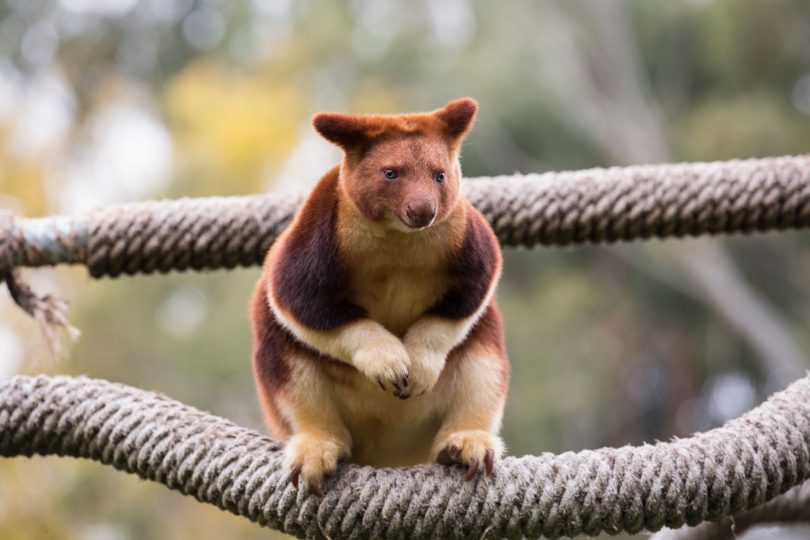 Extinction rates are due to climate change and habitat loss.

There will also be a colouring-in competition for children held at the zoo’s Rhino Bistro and the annual Tree Kangaroo Trivia Night will be held at the Belconnen Labor Club this Friday (May 24), with all money raised going to the work of the Tree Roo Rescue and Conservation Centre. Tickets can be purchased at nationalzoo.com.au.

A sold out Tree Kangaroo High Tea to raise money for Tree Kangaroo conservation was also held at Jamala Wildlife Lodge on Sunday, May 19.

The National Zoo & Aquarium has two tree kangaroos, Simbu and Oumak. Both are Goodfellow’s Tree Kangaroos and Simbu takes part in Meet a Tree Kangaroo encounters at the zoo.

George Watling - 52 minutes ago
These multi title trojan horses are cropping up all over Canberra. Developers are trying it on in Holder and Weston and other... View
News 45

Shane Westmore - 58 minutes ago
Absolutely. There’s people voting now who are completely misinformed about anything going on in this country & waste their... View
Nada Krstin - 3 hours ago
oops, meant to say, cannot have it one way! :)... View
Nada Krstin - 3 hours ago
No. And if you think they are mature enough to vote at 16 or 17, then they should be tried for any crimes as adults as well,... View
Opinion 94