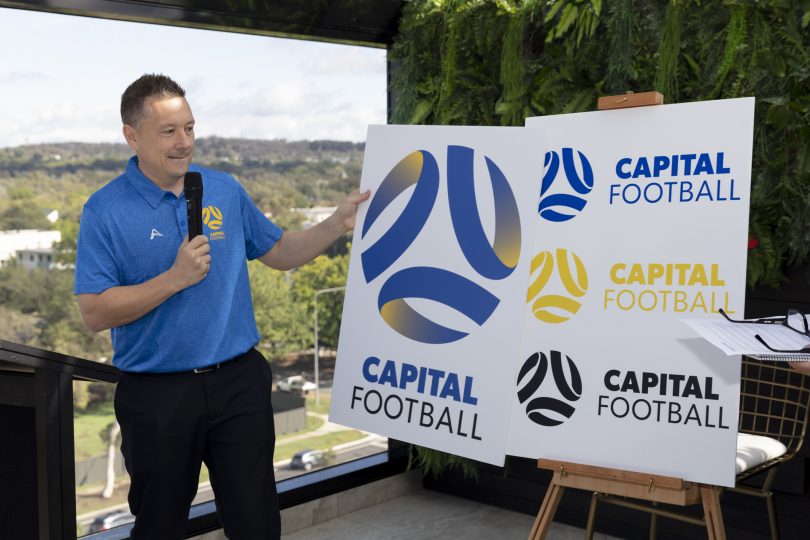 Capital Football has followed in the footsteps of Football Federation Australia and the other member federations around the country by unveiling their new-look logo last week.

This was executed in compliance with the FFA’s decision to revamp their identity back in 2018, resulting in other member federations following the same route.

The three rings on the logo show off the blue and yellow colours which represent the nation’s capital and further symbolises the key aspects that set football apart from other sports in atmosphere, diversity and ability to unify.

Capital Football CEO Phil Brown was delighted to showcase the new logo at the launch event.

“We are proud to launch the new logo,” Brown said. “The new logo aligns us with the FFA, the Matildas, Socceroos and professional leagues.

“Following the rebranding of national teams, leagues, member federations and community football, this completes the circle now and we have that one new defining mark representing the new approach.

“It was important to us that our new logo had a meaningful connection to our region, hence the blue and the yellow colours from the ACT flag. When we developed this logo we engaged with our football community; in particular, the strategic planning workshops to get feedback on a number of variations and we received overwhelming feedback supporting the version that you see in front of your eyes.” 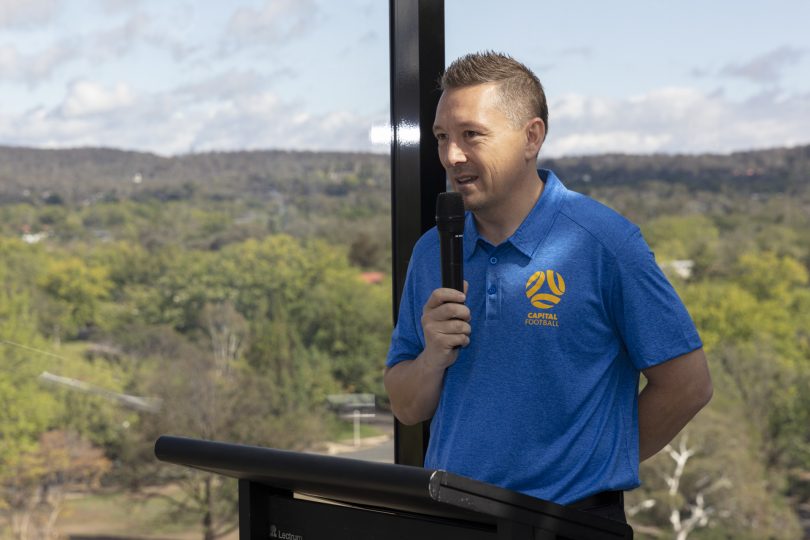 Brown was delighted that the new one is on show for the public to witness as the organisation continues to make strides in helping the game blossom.

“It’s great to have the logo up and running,” Brown mentioned. “It unifies the sport behind one brand and it will help us move forward in a positive direction as we continue to provide opportunities for kids across the ACT.”

The launch of the new design marks the beginning of a new era not only in Canberra football but Australia as a whole.