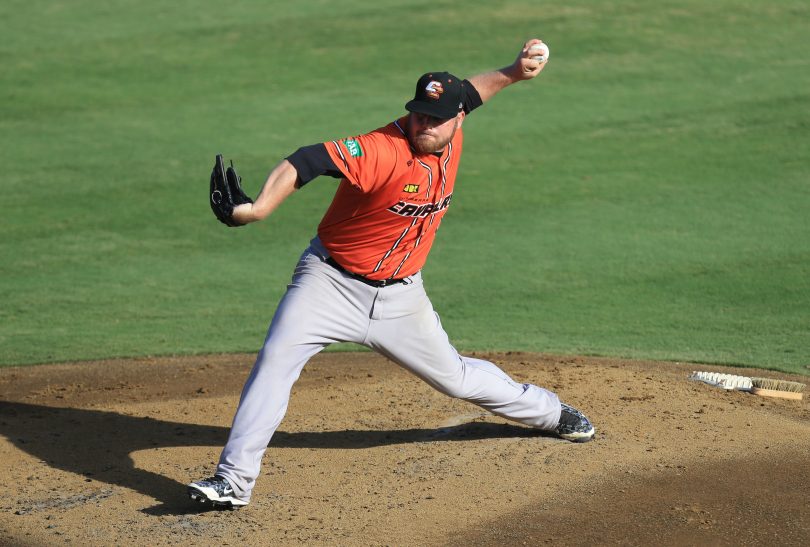 The Canberra Cavalry are gearing up to take on the Perth Heat in a one game Wildcard play-off tonight, marking the third consecutive season that they have made the Australian Baseball League (ABL) play-offs.

Starting pitcher Frank Gailey will lead from the front as Canberra fights to make the semi-finals against Adelaide in a best-of-three match series from this Friday.

Manager Keith Ward said Gailey was rested against Sydney to ensure he can deliver in today’s sudden death contest to propel Canberra one step closer to the title.

“Obviously with the Wildcard Game on Tuesday we needed to make sure we had a fresh guy and one of our best guys,” Ward said.

“He has been a big-game pitcher for us for the last three years and we are confident with him on the mound we will get a good showing.”

Below are some key tips for tonight’s ABL Wild Card Game:

The Cavs were able to turn their season around and charge home to make the play-offs after starting the season 5-11, but managed to win 15 out of their last 24 games to finish the season in second place in the ABL’s Northeast Division.

Gailey, no stranger to clutch games, joined the Cavalry midway through the season and has made just two appearances after losing one start to a rained out game and another to poor air quality in the ACT.

The left-hander has allowed just one run across 10 innings in his two starts, striking out eight, and pulled off six scoreless innings against Northeast Division champions Auckland in his last outing on 19 January.

He holds a 9-2 all-time record across 21 games in three seasons with the Cavs.

It is not the first time the Cavs have faced the Heat in the play-offs, previously beating them 2-1 in the preliminary final in the 2017/18 season.

Going back to 2012/13, Canberra again came out on top, defeating the West Australians 2-0 to win the ABL Championship, before losing the Championship 2-0 to them in the very next season.

The last time the Cavalry hosted an ABL Finals Game in Canberra was in January 2018 when they sold out MIT Ballpark with a record of more than 2,500 fans, and they are looking to recreate this feat tonight.

Steve Aust - 17 minutes ago
Colin Parton tell 1 story here View
Louise Flint - 46 minutes ago
James Daniels I was sent there for advice before I took a redundancy package. They ignored my superannuation and taxation que... View
Patrick Barrett - 4 hours ago
Dylan your fault View
News 22