Celebrate… the National Year of Reading at the NFSA! 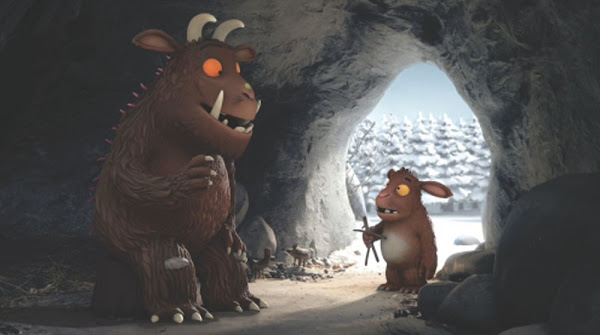 ONCE UPON A TIME
Join Ms Amanda in the Library for a special story time featuring your favourite picture books that have been made into movies and television shows.
SESSIONS: Monday 9 July, Tuesday 10 July and Wednesday 11 July
TIME: 9.30am to 10.00am
AGES: 3yrs to 6yrs
COST: gold coin
BOOKINGS: 6248 2000

TO CATCH A THIEF
There’s a thief and you’re going to catch him. Follow the clues and collect the words that make a message that unlocks a password. The password is your only hope to catch the thief.
DATE: Saturday 7 July – Sunday 22 July
TIME: Opening Hours
COST: Free

LITTLE BIG SHOTS INTERNATIONAL FILM FESTIVAL FOR KIDS
Little Big Shots returns to Arc Cinema for the 2012 July school holidays, with sessions aimed at age groups from five to 15. Little Big Shots is Australia’s
major travelling film festival for families and kids, and often made by the kids themselves. Featuring the best in local and international children’s shorts, animation
and documentaries, this year’s festival features a session of Australian made films, plus the film voted Best of the Fest at its recent Melbourne screenings: The Gruffalo’s Child.
The Little Big Shots programs inspire kids to laugh, whoop, think and create. It gets them talking to their friends and about world cultures, different languages, cultural diversity, emotional
intelligence and human values. Sometimes, it even gets them started making their own movies!
Little Big Shots is proudly supported by Media Giants, the Australian Centre for the Moving Image, Screen Australia, Film Victoria, Arts NSW and The City of Melbourne.
Please note that films in Little Big Shots are unclassified. Children under the age of 15 must be accompanied by a parent or guardian.
DATES: 11 – 20 JULY
COST: all tix $5. Children under 2 years of age are free.
DETAILS: nfsa.gov.au/arc

Lin Van Oevelen - 16 hours ago
Julie Maynard I know. You're preaching to the converted. :) View
Lin Van Oevelen - 22 hours ago
Kevin Hodder It has long been known that the infection fatality rate is significantly lower than the case fatality rate. Late... View
Darron Marks - 23 hours ago
And how many people can go and get this blood test ? I would personally like to know if I have any antibodies for it ?... View
Food & Wine 5

Tara Murray - 20 hours ago
Jason Livingstone not to mention the cull after that which in my opinion wasn’t necessary... View
Jason Livingstone - 22 hours ago
What was the number of wildlife lost due to the fires? 2020 has not been good to wildlife.... View
ACT Election 5