Charity burnout, communities and where the real need is in Canberra 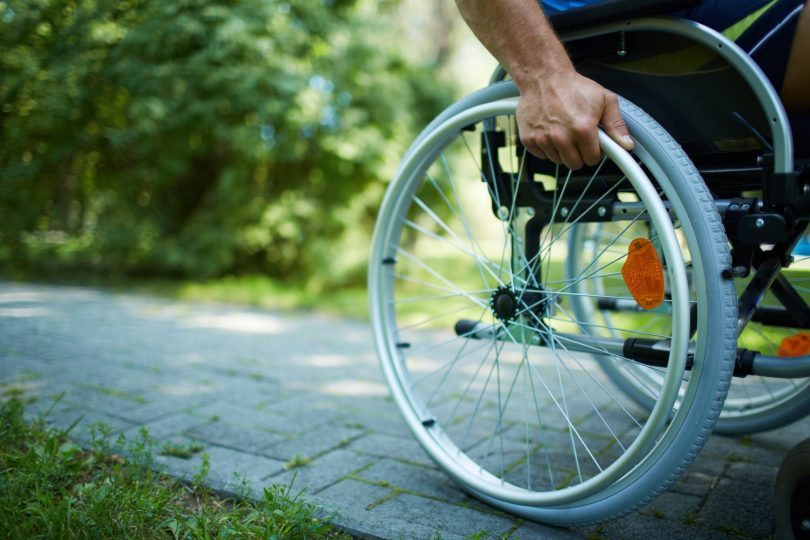 There’s not much that looks glossy or multinational about the handful of rooms where TADACT operates in Holder, jammed to the rafters with walkers and wheelchairs and one-armed pool cues.

Technical Aid to the Disabled ACT has been helping local people for 40 years. They’re who you go to for an extra-long pair of clippers so that a disabled young adult can cut his own toenails. Or for a modified bike so that a six-year-old with cerebral palsy can enjoy the thrilling freedom of wheels.

Almost everyone who helps TADACT out is a volunteer: blokes in their sheds, using their retirement to make life a little bit easier and happier for other Canberrans.

TADACT and many small, local organisations like them have been in the firing line for the last six months, trying to manage a dramatic decrease in fundraising opportunities and major calls on their limited resources to adapt to the pandemic.

They and 250 other Canberra organisations who do things like sheltering vulnerable women and children, supporting people living with Down Syndrome or dementia, or many other good causes, are the reason why Hands Across Canberra has launched the Canberra Recovery Appeal.

HAC’s recent surveys show that an overwhelming majority of these organisations are hurting and some may not survive the double whammy of bushfires and COVID-19.

So it’s genuinely shocking, even if somewhat understandable, to hear people say they won’t give to charities anymore because they feel let down by what happened after the summer’s bushfires.

There’s a lot of this burnout around. The community gave with exceptional generosity over the summer, and yet we’ve all heard stories of people who are still living in tents or don’t have electricity. Most of us can’t compute where all that money went, if not to the victims.

And criticism of some major global and national charities can be well-founded. Reports of huge administration costs, extensive publicity and large salaries, coupled with slow disbursement of funds, should make any charity who faces those accusations take a good hard look at themselves.

This week's news update comes from TAD ACT in Holder, one of the multiple small local charities that have been hit very hard by the COVID-19 crisis. Hands Across Canberra says the need among grassroots groups is urgent. We're also talking about the new COVID-19 case, Black Lives Matter, how much it costs to plant a tree and a great country pub for sale.

But that’s not what happens amongst the charities Hands Across Canberra helps to fund.

These are often tiny organisations. They might have some modest government funding garnered via laborious grant applications, but nothing to spare. They operate out of small suburban offices and couldn’t exist without networks of volunteers – the kind of people who pack hampers and sell raffle tickets and turn up day after day to help their community.

They’re the likes of the local Vietnam Veterans Association, assisting veterans from all conflicts and peacekeeping duties to actively pursue welfare and pension services for them, their families and dependants.

Or Sharing Places, which supports disabled people with high and complex needs to participate in the community. Or Palliative Care ACT, which works on delivering quality care at end of life while offering compassion and support.

Hands Across Canberra raises funds across the board so these groups can focus their limited resources on frontline work.

Are these really the people we don’t trust anymore? Is their closure the consequence we’re looking for when we say we’ll never give money to charities again?

It’s good to ask questions and inform yourself about your donations. It goes without saying that charities should be transparent, accountable and mindful of where their money is spent. But don’t let that attitude impoverish those in need.

I spoke recently to a highly experienced professional fundraiser who has brought together millions for good causes in the US and now lives here. She told me she was astonished by how generous Australians are, but also surprised by how casual we are about it.

Her point was that we often don’t ask questions about where our money goes, or consider whether we can make smarter, targeted donations with a greater long-term yield.

Hands Across Canberra asks us to “give where you live”. If you support a local charity, you can see exactly where the money goes and whom it helps. You can probably lend a hand yourself and learn about the people they work with. It might even make you want to give more, whether it’s time, money or something else useful.

But please, burned out and jaded or not, help your neighbours in need and show this community that we really are all in this together.

The problem is the underfunding of people in need across all tiers of government.

Hi Amanda. I also think people are a little jaded due to donations not being distributed to where the they are intended and needed. The bushfire donations highlighted this problem!

Judith Lawler I don’t disagree, but I am increasingly frustrated by government funding paradigms and priorities.

Helen Brinsmead - 7 minutes ago
Lorraine Ruth Savage why not all of them? View
Motoring 1

Cameron Fischer - 2 hours ago
Because you are a guinea pig. Grog shops and cafe's/restaurants are open, supermarket, and even your friendly brothel in fysh... View
Brisal - 2 hours ago
That wasn't terribly hard to predict. The moment NSW decided (or, perhaps, the NSW premier decided) to further loosen their p... View
Futureproof - 5 hours ago
The most vaccinated city on Earth, but the lockdown continues. Remind me why were we encouraged to get vaccinated... View
Lifestyle 14

Wendy Boyce - 2 hours ago
So awesome 👏 View
Margarita Elisabeth - 3 hours ago
Alpacas are soo cute! View
Jonny Ivan - 3 hours ago
fox will kill ducks and chickens if not locked up at night View
News 3

Felix the Cat - 3 hours ago
How many deaths or serious injuries is acceptable? Pretty minor inconvenience to be delayed for literally only a few seconds.... View
Brett - 8 hours ago
I believe this 40k zone is unreasonable. If you're drive from, say, Sydney to Woden, you'll go from 110kph to 100kph to 80kph... View
purplevh - 21 hours ago
So it would have been a significant cost and strain on resources to send out a warning letter to everyone caught speeding dur... View
Motoring 4

vicees - 3 hours ago
Sounds great. Would like to have more information on the smart tech in the car. View
Community 42

Doug Alex - 4 hours ago
Tramcar Trev Before they redeveloped Glebe Park, used to remnants of the train line. Back in the '80s when I did some work fo... View
News 7

JC - 9 hours ago
Sam there is a lag, so case numbers will rise again in about a week or so due to reopening and the drop we are seeing is refl... View
Property 24

@The_RiotACT @The_RiotACT
This couple has the passion and all the skills required to undertake a sympathetic #renovation of one of Canberra's iconic mid-century modern #homes. We're looking forward to seeing the finished product https://t.co/bkM1mb6xvA (52 minutes ago)