Chasing the truth about the Sydney stabbings: terrorism or clickbait? 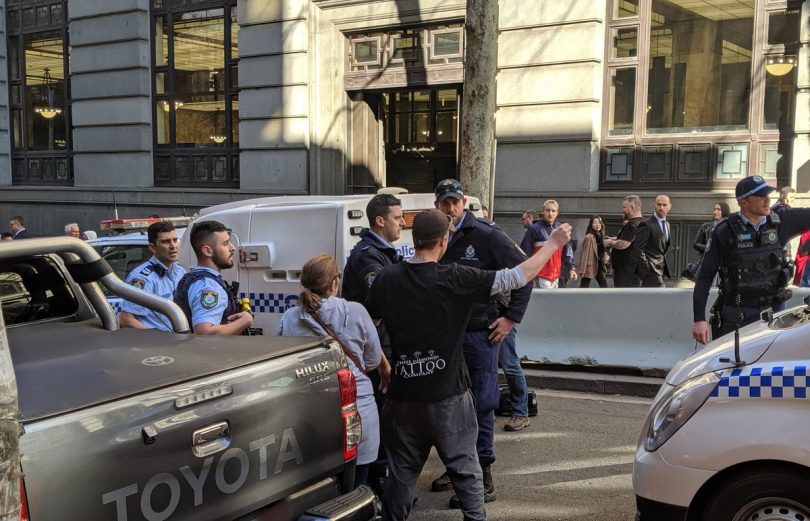 This week, a Sydney man caused mayhem in the CBD. Mert Ney is alleged to have murdered one woman and injured another and the story was everywhere.

Channel Nine reported that Ney had used “extremist slogans” as he roamed the streets with a knife (video footage shows the man shouting “Allahu Akbar” while asking bystanders to shoot him and saying that he wanted to die). The ABC reported police saying they hadn’t identified any terrorist links with the incident.

A search of national news outlets the next day revealed coverage ranging from “some ideologies in relation to terrorism”, to “not classing the alleged events as a “terrorist incident”, to “an intensive search to determine whether alleged killer Mert Ney had possible links to terrorism”.

There’s apparently clear evidence that Mert Ney had an extensive history of mental illness. The Daily Telegraph said that he broke out of an ambulance and escaped from a mental health facility a week ago. His family had reported him missing. He’s alleged to have had a USB stick with material relating to recent mass killings.

So who really knows what happened in those city streets and why? Nobody, at this stage. Nobody at all except the alleged perpetrator.

As everything changes in the media, who are you going to trust and why? The new digital media model is heavily driven by clickbait in every flavour, whether it’s shocking crime or cuddly kittens. And there’s the old media adage that if it bleeds, it leads.

The aim is to drive traffic towards the site at all costs by piquing curiosity in order to maximise the value for advertisers. That’s why there are so many headlines that tail off on the preview screen, why there are pop-ups saying “you’ll be truly shocked by how this once-famous actress looks now”, and why there are galleries of photos that take 14 clicks to get through.

(And a seemingly inexhaustible list of stories about how the Duchesses of Cambridge and Sussex are flouting royal protocol when they open car doors or wear shorts).

But should that be how we report the most serious and important news? The truth about the Mert Ney case is that it will probably take months to find out what tipped him towards these horrific attacks. That will be a matter for careful forensic investigation by specialists who have not even had a chance to interview him at the time of writing.

Terrorism is the clear clickbait angle in this story whether it’s ever proven on the facts. If you put terrorism in the headline, you get people’s attention whether it’s substantially true or not. And to do so causes fear and panic, fuels anxiety about minority groups or outsiders in our community and debases our public debate about law and order by doing so.

It potentially even compromises the right to a fair trial: as Media Watch pointed out recently, more than one trial has been aborted this year because of court reporting that introduced external or prejudicial elements in their coverage.

Fortunately for us in Canberra, there are few brutal public crimes or moments of high drama that galvanise a whole community. You’ll probably recall plenty of local catchcries from either side of politics that weren’t strictly grounded in the truth and plenty of headlines that hyped relatively banal events.

The media (and politicians) are all guilty of this from time to time whether the topic is rate increases, light rail or the Skywhale. Everyone should be a discerning news critic and take what they read with a grain of salt.

But is it too much to ask, where the most tragic, complex and frightening events are concerned, that we should all commit to the facts and only the facts until we really know what happened?

Nah, just keep labelling every mass shooter a right-wing extremist, even when they are a member of the “Socialist rifle club”.