One of Australia’s greatest living artists, landscape painter John Olsen, has gifted his new work, Brindabellas, to the Canberra Museum and Gallery for its permanent collection.

The work is already on display at the gallery and will remain on show until January 31, 2016 in its debut outing. 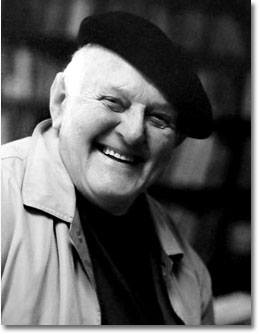 ACT Arts Minister Joy Burch said Mr Olsen enjoyed rediscovering the work of landscape painter Elioth Gruner at CMAG in 2014. His inspiration for Brindabellas came not long after when he saw Gruner’s newly purchased painting The dry road at CMAG later that year.

“I am hugely grateful to John Olsen for this magnificent gift painted as an expression of his connection with the landscape of our region,” Ms Burch said.

“The gift marks the first year of the Canberra Region Treasures Fund, which was established to raise awareness of CMAG’s collection and increase its capacity to secure major works of art.”

The minister said that after a year of awareness-raising, the fund had grown its internal allocation for the purchase of artworks at CMAG by almost 50 per cent.

John Olsen (born 1928) is widely regarded as the most important living painter in Australia. Since the 1960s he has had a reputation for creating highly original interpretations of the Australian landscape. Major retrospectives of his work have been held at the National Gallery of Victoria (1991-92) and the Art Gallery of New South Wales (AGNSW) (1993), among others.

Mr Olsen has received numerous major awards, including the Wynne Prize in 1969 (for landscape; AGNSW); an OBE in 1977; an Australia Council Creative Fellowship in 1993 (for five years); an AO in 2001; and the Archibald Prize in 2005 (for portraiture; AGNSW).

Maybe you should donate a photograph to CMAG, taken from behind your curtains. I think Big W still does prints.

Do you still have curtains?
I installed self powered remote control roller-blinds a few years ago.
Actually, I do have some admirable oil paintings by local artists which I will donate to CMAG after I leave this world.
Do they accept local works?

Maybe you should donate a photograph to CMAG, taken from behind your curtains. I think Big W still does prints.

By coincidence I was just chatting with him last Thursday at Berkelouw Books, Berrima where he has a new painting above the bar.

He doesn’t seem to age.

On a side note. I do hope the Government will provide the resources and funds to curate this work as it deserves. CMAG has the most amazing collection of paintings and art works of a small gallery, but displays them poorly.

The exhibitions desperately need better lighting and more interesting layout and presentation, not just plunking them wherever they fit on random walls.

The last Chinese Art exhibition, was hopefully a sign of better things to come.

Robyn Holder - 2 hours ago
I don't think turbans will do the same job. View
Jane Forrester - 3 hours ago
Effing joking me. My kids had lids for bikes, cricket, football, horse riding. If these people fall off and have brain injuri... View
Kristy Morton - 3 hours ago
Omg no one law for everyone View
News 47

Alyson Armitage - 2 hours ago
That is so sad View
Karyn Richardson - 3 hours ago
Paula Williams is there a website or charity link fir James and his sanctuary? View
Jennifer Chalmers - 12 hours ago
Such a tragedy. View
News 12

Jaanos Eesti - 7 hours ago
It means being thankful that Australia allowed my grandfather and mother to settle as refugees after WW2 and not wind up in S... View
Robert McMahon - 15 hours ago
Good to celebrate a nation that enables its citizens to openly criticise its institutions and national symbols. Many people w... View
Lifestyle 13