3 May 2021 | Dominic Giannini
Start the conversation 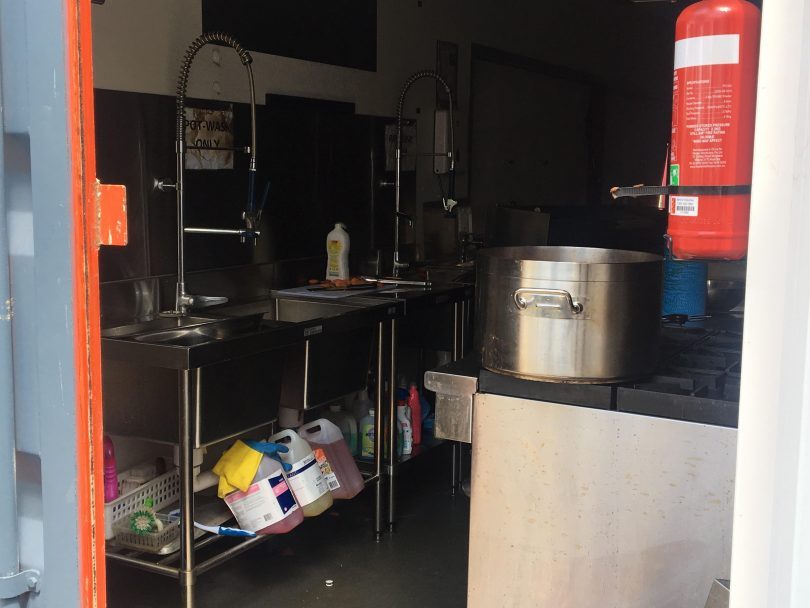 The coroner has found that an explosion in a commercial kitchen in Fyshwick that seriously burned four cooks in 2018 was caused by an open gas line that was not attached to any appliance.

But despite the investigation, including substantial evidence provided by WorkSafe ACT, the coroner was unable to find who was responsible for the explosion at Canberra City Farm on Dairy Road, Fyshwick.

The four men in the kitchen that night were using the stove next to an unattached gas line and all four were severely burned when there was an explosion.

All four men suffered burns to their face, ears and arms and were left with scarring and psychological injuries after the explosion. One man spent six weeks at Concord Hospital in Sydney, while a second man was admitted to the same hospital for three weeks.

Coroner Glenn Theakston found that an uncapped gas line filled the kitchen with gas when the valve was turned on and the gas, being LPG and heavier than air, pooled at the lowest level in the kitchen before hitting an ignition source.

The doors and windows of the kitchen were closed because of the cold that night. While the men could smell gas, they assumed it was due to the burner’s ignition as the flame on the stove remained low despite gas bottles being changed over.

The kitchen, housed in a portable shipping container, originally included an oven and a gas hotplate, both connected with two separate gas lines with separate regulators and valves.

A licensed gasfitter had installed the gas piping and appliances in 2015 and certified the work before the container was bought by company Homegrown Me Pty Ltd in November 2016.

However, the hotplate was not sold with the container and was removed by the original owners and one of their friends.

Instead, the valve was marked with words to the effect of ‘do not use’ or ‘do not open’. The report said it remains unclear who moved the valve to the open position on the night of the explosion. 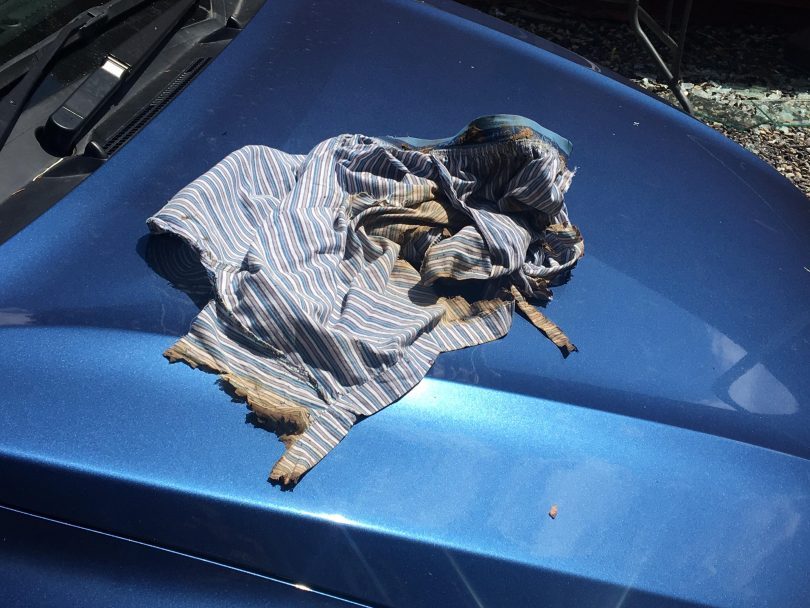 The burnt shirt of one of the chefs after the explosion at Homegrown Me’s portable kitchen for hire in 2018. Photo: Region Media.

The coroner couldn’t determine who removed the hotplate before the sale but said it may not have been obvious to the new owner that the system was no longer compliant with regulations.

“Accordingly, the existence of the compliance plate following the removal of the hotplate would have been misleading to the new owner,” he said in the report.

The oven appliance was serviced by two different licensed gas appliance workers in 2017, which was arranged by Homegrown Me, but work focused on the appliance and not the ignition or lighting mechanism.

“The gas appliance workers denied seeing the disconnected gas regulator or working on the gas piping,” the report said.

The owner “[did] not appear to have received any advice or warning about the uncapped gas line”, the report said.

Coroner Theakston has recommended that more information be added to compliance plates and include a statement about it being dangerous for an unlicensed person to modify, install or disconnect gas appliances or piping systems.

The additional information could also state it would be useful to have gas piping systems and appliances inspected by a licensed gasfitter and gas appliance worker from time to time.