2014 brought us many ups and downs within the sales market, an uncharacteristic rental market and generally unsteady consumer confidence.

The year ended on a resilient note with December’s sales activity showing a particularly strong performance and encouraging signs of recovery for the rental market.

Consumer sentiment has been pessimistic for the majority of 2014 and continued to fall in December 2014 to 91.1, meaning consumers are as gloomy as they were at the end of the Global Financial Crisis in May 2009.

Whilst the housing market has seen many peaks and troughs throughout the year, it ended with overall growth of +2.6%.

The year concluded in a strong final quarter with 1,946 properties sold, representing 321 extra sales compared to the previous quarter.

Sales activity during December was significantly higher than the same time last year; an increase of +15.3% (or 85 extra sales) compared to December 2013.

The large supply of new unit and apartment complexes over the last few years has given a significant boost to the local rental market with prospective tenants enjoying wider choice and reduced competition.

After steadily declining throughout 2014, the rental market now shows signs of recovery. In The median weekly rental price for the ACT and Queanbeyan region sits at $410, representing an annual decrease of -4.7% but an encouraging monthly increase of +2.5%.

The time a rental property spends on the market has decreased an impressive -7.6% since November to sit at 36.6 days from listed to rented. 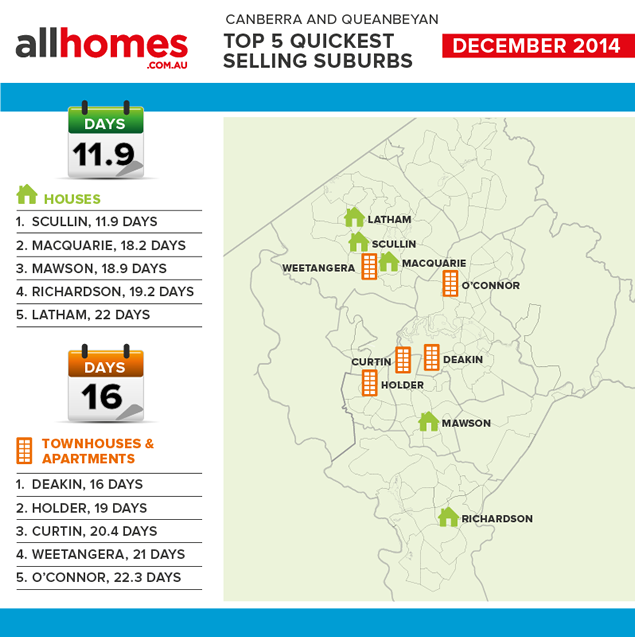 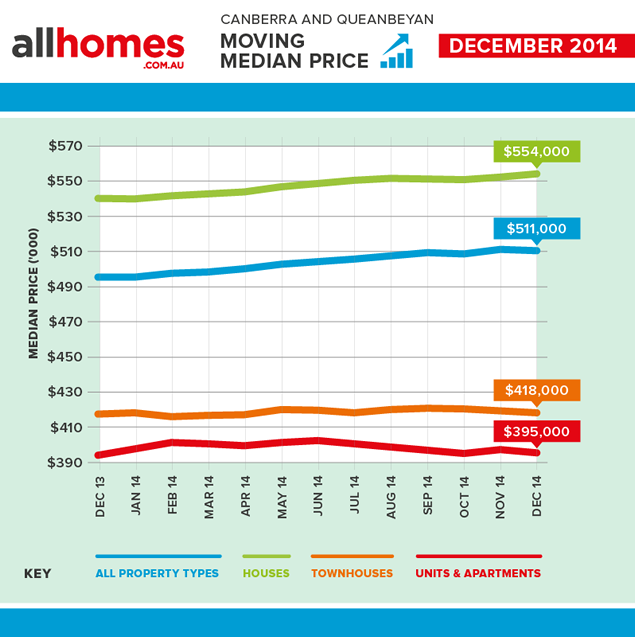 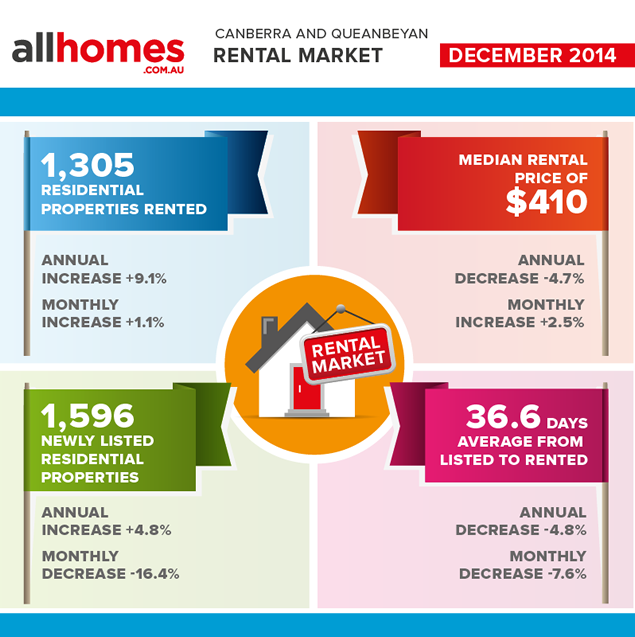