Collaboratively and competitively delivered across the nation
11 August 2022 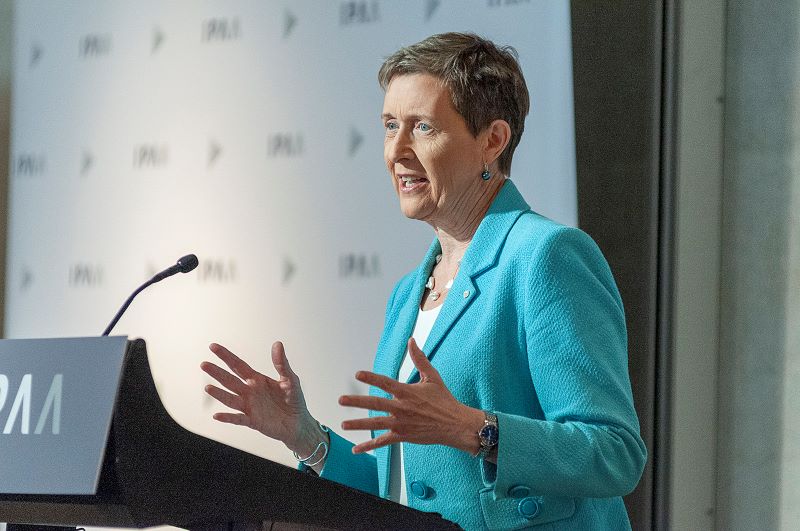 The Federal Government has farewelled long-serving senior public servant Rosemary Huxtable PSM, who left her role as Secretary of the Department of Finance this week (Monday, 8 August).

“As Minister for Finance, I would like to thank Rosemary Huxtable on behalf of the Australian Government for her tireless dedication to public administration and for her advice and guidance to many governments of both political persuasions,” Senator Gallagher said.

She led Finance from October 2016 and was appointed Secretary in February 2017.

“On top of this work, Rosemary has also led reform work on government transparency, public sector resourcing and transformation, procurement policy and of course her leadership role in the Australian Government’s response to COVID-19,” she said.

“An APS leader of the highest standing, Ms Huxtable is universally admired for her direct and thoughtful advice and her ability to work collegiately across the APS.

“She has worked hard to develop and mentor others and leaves the Department of Finance with a strong leadership team in place.”

Senator Gallagher said that as a leader of women across the APS, Ms Huxtable was a trailblazer, “leaving a very different and more supportive service to the one she joined many years ago”.

“Her achievements leave a lasting legacy and I thank her again for dedicating her career to serving the Australian community through the public service.

“I know that despite her decision to retire, she will contribute to the Australian community for many years to come.”