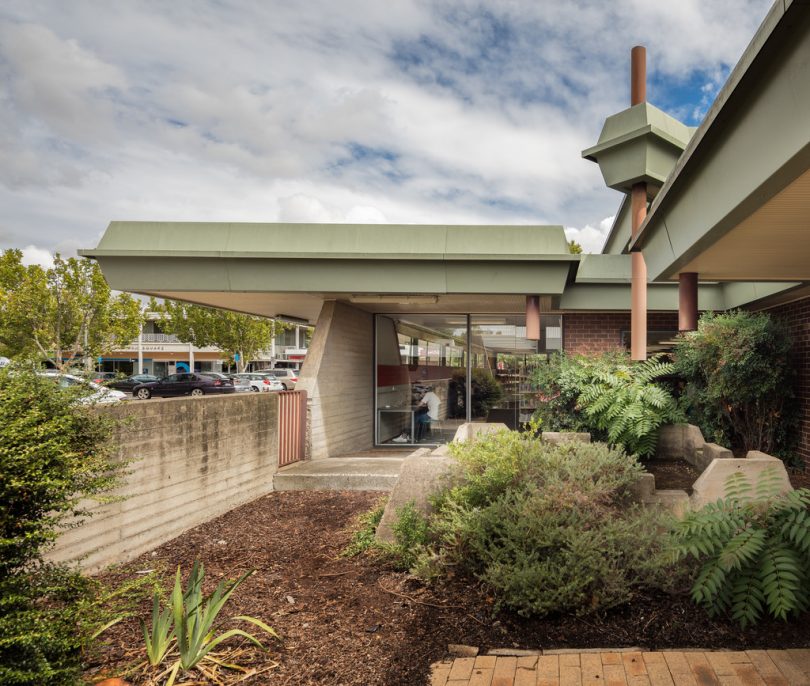 As Coles unveils new plans for their Dickson supermarket development, community activists are claiming a victory in the long-running battle that landed all parties in the ACT Supreme Court.

Local opponents say the new plans for a landscaped Dickson Square are a compromise, but a vast improvement on previous designs which created a forbidding bulk on the carpark site, limited pedestrian access and had major impacts for small businesses and the community.

Although the new development application hasn’t been lodged, community consultation begins this week. Town planner Jane Goffman from the Dickson Residents Group, who fought the development from the beginning, says she believes that “Coles was quite genuine in their approach. They recognised that if they were to get this matter out of court, they needed to put something on the table that directly addressed the reasons we’d flagged about why there was a problem.

“We gave them a set of demands so that the plan would deliver in the public realm, and Coles ticked off pretty much all of those things,” she said. Supreme Court proceedings have been now adjourned by consent, allowing Coles to lodge a new development application containing the changes agreed in mediation.

The tender for the site originated with the defunct Land Development Agency and is now the responsibility of the City Redevelopment Authority, in concert with the huge plans for the Northbourne corridor. Earlier this year ACT Civil and Administrative Tribunal overturned ACTPLA’s decision to approve the development, but Coles then appealed against the decision in the Supreme Court. 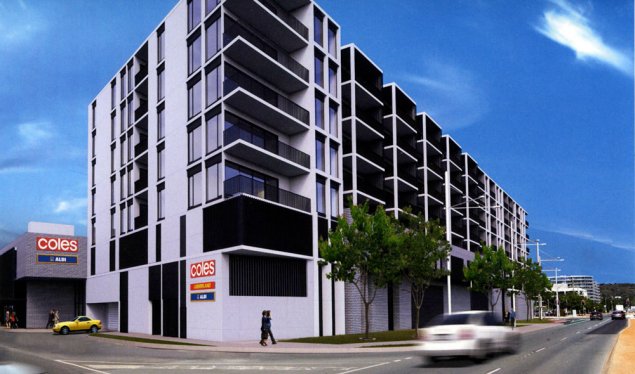 Goffman and the Dickson Residents Group are more critical of the role played by the ACT government, whom she characterised as “fence sitters” in the mediation process. “Coles is not the enemy. They got a beating and needed to make sure it didn’t happen again, so they knew they needed to comply. It’s up to the government to set the parameters for development,” Jane says.

The biggest difference in the new plans is that Aldi is no longer involved, and Goffman suggests their exit made it easier for Coles to alter the proposal without losing face. The exit ramp has been moved so that it no longer breaches the heritage exclusion zone, and the new design now respects the Dickson Library (designed by Enrico Taglietti) and its heritage status.

“They’ve introduced a square that responds to the roofline of the library, expands the community hub and drops the volume of traffic in the shared zone. I personally would like the two corners fronting Antill St to be a bit bolder because they’re highly visible, and we need clarity about where the shared zone begins and ends,” she said.

Under the new plans, there will be two levels of basement parking, and seven levels above, with shopping, apartments and parking for residents. The “market-style” supermarket at the centre of the proposal will be accompanied by specialty shops and 140 residential apartments, sited close to a major hub for light rail.

Goffman compares the prolonged battle to “a Mt Everest slog” for the Dickson Residents Group. She says that while in an ideal world they’d prefer Coles to start planning again from scratch, they can live with the results. “If we dug in, we’d all end up in the Supreme Court again and it becomes another major legal battle. At the end of the day, the reality was that Coles bought the land, they’ll develop it, and we need to make the result of that as good as possible.”

The first public town planning consultation for the new Dickson supermarket plans will take place outside Dickson Library on Wednesday, November 28, between 11:30 am and 1 pm. Further public consultation will follow.

The original plans were just a large ugly tall building blocking out the sun and making Dickson just another high rise hub - but at least now there’s a large ugly building with a public square.

I had wondered if the ACT government would give in to developers and demolish the library and adjacent health centre to make way for more high rises.

This is all nice. But how is this going to affect the ‘Dickson Parklands’

Good on you Jane and the Dickson Residents Group!

What happened to the original consultation where the people said they wanted two additional supermarkets, not one. Losing ALDI will mean prices will remain high rather than what happened at Jamison where Coles were forced to compete.

In the NCCC meeting they were trumpeting the concessions they “won”, as though it’s not a million-dollar gift to Colseworth to keep Aldi out of the centre.

But never fear… the Coles is also going to be 10% bigger under the new plan.