ACT public servants in the new state-of-the-art government offices in the city and Dickson who may be struggling to secure a work desk are about to get some help.

The new offices accommodate about 3000 staff but contain only 2500 workstations as part of the adoption of Activity Based Working, which allocates eight workstations for every 10 staff, presuming that at any time on any given day a proportion of the workforce will not be in the office.

Staff, many of whom may be working some of the time from home, are not allocated workstations except where there is a clear need identified, and need to book a desk.

Now the government will pay Serraview more than $700,000 to implement a digital wayfinding system that will allow staff to manage desk and room bookings as well as provide data on how the buildings are being used.

The system will also allow the ACT Government to monitor how the workplace is used at a near to real-time basis which it says will enhance its ability to make strategic decisions about its office space and and ensure buildings are operating at optimal efficiency.

“The capability is also scalable to enable other buildings and sites to be incorporated which will allow future workforce flexibility and space planning,” the spokesperson said.

“Understanding how ACT Government office buildings are being used enables the Territory to use its resources more efficiently and to accurately forecast office accommodation requirements.”

The new buildings have been designed to support contemporary work practices including Activity Based Working and in addition to the workstations, the new working environments feature a range of alternative work settings such as dedicated quiet areas, dozens of meeting rooms, and communal break-out areas.

“A deliberate design feature is a significantly higher proportion of meeting spaces than staff had access to in their old accommodation,” the spokesperson said.

The government has been transitioning its offices to what it sees as a more efficient and flexible operating model since 2015, and the spokesperson said COVID-19 pandemic highlighted the importance of flexible working options and hybrid working models.

“With reduced capacity in both buildings due to physical distancing requirements, wayfinding capability supports employees to plan their physical attendance in the office and ensure timely access to resources and colleagues when in attendance through the use of a convenient app or browser,” the spokesperson said.

The government believes this is the way of the future saying it will continue to support flexible working beyond the pandemic and extend the model to other work sites.

The spokesperson said the 8:10 ratio of workstations to staff had been tested across multiple pilot environments and a number of sites had adopted Activity Based Working environments, of which the Dickson and Civic buildings are the most recent.

“Our data collection through occupancy surveys over a significant period of time has consistently demonstrated the efficacy of the 8:10 ratio,” the spokeperson said.

Many ACT public service staff are still working from home or combining both home and office settings as part of a ‘hybrid’ work pattern.

“These patterns of work can vary significantly between directorates based on the specific workplace, service delivery and working environments of the directorate,” the spokesperson said.

Activity Based Working uses flexible working spaces that allow employees to choose a place or space that matches the particular activity, and is not considered to be “hot desking”, which is non-allocated seating in a traditional office environment.

Life imitates art, but without the intended comedy –

What about an OH&S assessment of home based work and upgrades of home lighting, heating, furniture and kitchen facilities.

I love my activity based work building. I was very opposed to it before we moved there, mind you. But it’s been about 4 years now and I really wouldn’t want to go back to a traditional office. It also made the transition to working from home very easy.

I wish they would assess how spaces are used in mine though because there are some that just don’t get any use at all. And it can be hard to book a meeting space sometimes.

Social distancing has thrown a spanner in the works of course. We can still only use half of the desks so I prefer to still just work from home. Also because my office is 30kms from home… I’d much rather work in Dickson!

They could save a lot by just laying off 500 staff. Problem solved.

You had spread city centres with departments and buildings, but that was way too boring, so you ask to put down the old buildings because they were just eyesores, then start praising new pseudo-fancy glass buildings and departments moving to the only place defined NOT TO be a city centre, then find outrageous they have to pay for an app to help people you pay to work for you (or to wander around after a desk), to find an available desk while the rest that can’t find one have to go back and work from home because there’s not enough desks for everyone…

But, that’s ok… There will be a pseudo-stadium right next to the new building… And that should suffice..

Material for a Utopia episode 😄

Ayrton I’m torn between laughing and issuing a melancholy sigh ruminating on the state of modern society that significant money, time and people power is put to this.

You should laugh, it’s probably the more sane thing to do.

I’m glad I work for a small federal government department!

Shawn Mulgrue just hope your dept doesn’t have to move. My fed govt work area is moving and the new dept of Treasury rules only allow for desks for 80% of staff with the idea that many would work from home. You don’t own a desk and the desks are tiny. We’re fighting the plans at the moment but it looks like we will lose.

Rosalind Turner my department has a specialised building and won’t be moving while I’m here. I just did the seating plan and can’t see how hot desks would work! Plus if I had to pack up all my tools and equipment every day nothing would get done

Sounds like the whole thing just got more complicated instead of just giving the staff somewhere to work.

It is only proven to be more efficient in terms of government determining that it needs less overall floorspace to fit its workforce. Far less evidence that it creates any other significant efficiencies at all within the actual working environment for individuals. For many, its not an enjoyable work environment at all. 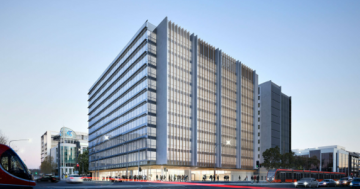 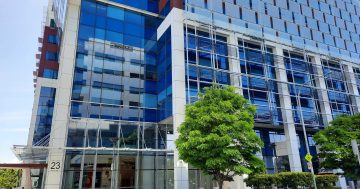 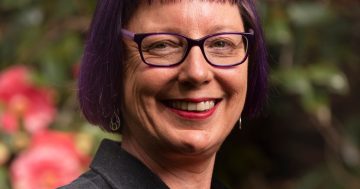