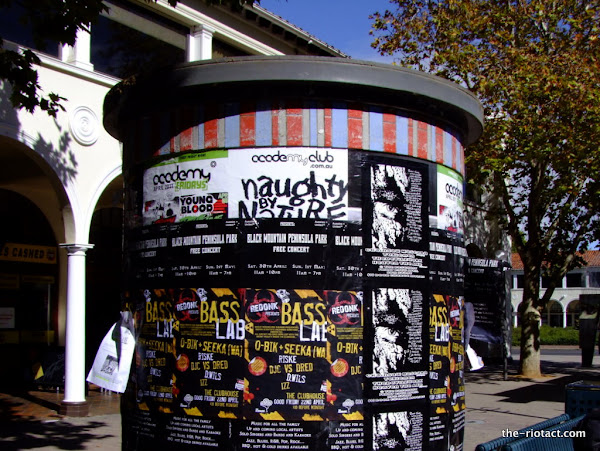 What’s worth seeing and doing around town?

Proops plated a set at the Enmore, before Ardal O Hanlon’s. If it had been advertised better we would have seen them both. Damn.

We also saw the movie “Paul” while up there, definitely worth catching if you want to see a funny film.

Thanks Niftydog. Went to see Greg Proops last night- prompted by your post. Great night (Canberra audiences always seem like a hard audience). Many many good long laughs. Would easily see him again. Thanks for the post!

More cool stuff at the Phoenix…

This Saturday Fire on the Hill are back on the Phoenix stage.

Escape the cold outdoors with a cosy pint or as Shane MacGowan suggests 15.

Then Sunday the weekly Phoenix Flea Markets kick off from midday, its like a garage sale in a pub.

Free Prizes from Boags, CMC, and Black Sun and Red Sun Studios up for grabs to punters and performers alike every week.

Come and play some board games at the German Club this Sunday 17th from 11AM. These board games are pretty easy playing but not your typical ones (talking about euro-style). So try it out!

Free to attend. No need to bring anything. All ages OK.

– Harmonie German Club, 49 Jerrabomberra Ave Narrabundah.
– Bar service from midday but no meals available for lunch.
– Park around the back and enter via side door as main club does not open until later in the day.

Canberra will be treated to a special concert on Friday 15 April at the Merry Muse by award winning Scottish duo Chris Stout and Catriona McKay.

Go see them, they are well worth seeing..

I’m away in Sydders this weekend seeing Ardal O’Hanlon.

Canberra will be treated to a special concert on Friday 15 April at the Merry Muse by award winning Scottish duo Chris Stout and Catriona McKay.

Shetland Fiddler Chris Stout and Scottish harpist Catriona Mckay have been touring Australia for the past three weeks, getting rave reviews in Tasmania for the Ten Days On The Island Festival, and in Victoria and Adelaide. Canberra is lucky enough to have lured them here for the last two nights of their tour for a concert and for workshops.

Chris Stout and Catriona McKay are both being leading exponents on their chosen instruments and in their respective musical fields.

Scottish harp and Shetland fiddle are a marriage made in heaven… musicians who are at the top of their game. The Glasgow Herald

Shetland born Chris (fiddle and viola) is hailed as one of Scotland’s leading fiddlers. He has played with the Royal Scottish National Orchestra, the BBC Symphony Orchestra and even the Singapore Chinese National Orchestra. In 2009 alone, his travels took him to Brazil, the USA, Japan, Asia, Australia, Europe and Scandinavia.

Catriona is unquestionably one of Scotland’s most talented, diverse and exciting harp players, ever-willing to experiment and crossing all musical boundaries into the bargain. In 2007 she won the coveted ‘Instrumentalist of the Year’ category at the Scottish Traditional Music Awards and her recent solo album, Starfish, received glowing accolades world-wide with the Irish Times labelling it extraordinarily beautiful.

Together Chris and Catriona create and explore a dynamic, adventurous and exhilarating style of traditional Scottish music that is quite unique.

Chris and Catriona describe their recent album White Nights as a musical celebration of Northerness – in particular the light that comes with either the islands long summer evenings (the Simmer Dim) or, in contrast, the dramatic light, landscapes and sounds of winter.

Chris and Catriona will be supported by Canberra duo Jo Cresswell and Lachlan Green . They play reflective music that sails northeast out of Scotland through the Isles of Shetland and onto Scandinavia with feisty and melancholic fiddling from Lachlan Green and a palette of traditional music and contemporary Celtic compositions on piano and concertina from Jo Cresswell.

Chris and Catriona are being interviewed on 666 ABC Canberra at 4pm on Thursday 14th.

The concert will be held at 7.30 pm at The Merry Muse, Canberra Southern Cross Club, McCaughey St Turner Cnr Condamine Street. Tickets are $22.

Auto Italia Canberra 2011 will be held Sunday, 17th April 2011 on the Lawns in front of Old Parliament House between 10.00 am and 2.30 pm. http://www.autoitaliacanberra.com/Welcome.html

FIAT will be the featured marque for Auto Italia Canberra 2011 with the Fiat 1500, Fiat 1800 and Fiat 2300 being the featured models to commemorate the 50th anniversary of the launch of both models.

Julie Macklin - 60 minutes ago
Alicia Conley The ACT has no cycle paths. They are shared paths. Yes, those around the lake were built with people on bikes i... View
chewy14 - 2 hours ago
"That they are public doesn’t mean there are no rules for using them." Exactly my point. That the rules should preclude cyc... View
Craig James - 3 hours ago
Keep riding your bicycles on the road, Darwinism at it’s finest 🤷🏼‍♂️ View
News 9

Mazzie Woodward - 1 hour ago
We don’t have a working hospital and they are building a giant battery 🔋 does anyone else find this utterly ridiculous? View
HiddenDragon - 5 hours ago
"....will ensure that the nation’s capital remains at the forefront of a booming industry – supporting new jobs in emergi... View
News 21

chewy14 - 2 hours ago
Nobody, Interestingly, one year later, that number is down to 100 under construction or "planned", with another 300 "proposed... View
whatwik - 7 hours ago
There's certainly a nuclear reaction from the usual suspects here any time renewables are mentioned. View
Futureproof - 8 hours ago
Nuclear - the Greens say no New hydro dams - the Greens say no Windfarms in remote areas - Bob Brown says no... View
Community 49

Juanita Tee - 2 hours ago
David Keir what are you specifically doing for them 🙃... View
Liv Miller - 4 hours ago
Rachel Edmondstone love 💓 this View
David Keir - 7 hours ago
Virginia Loizou sounds like you’re the one whinging champ View
Property 28