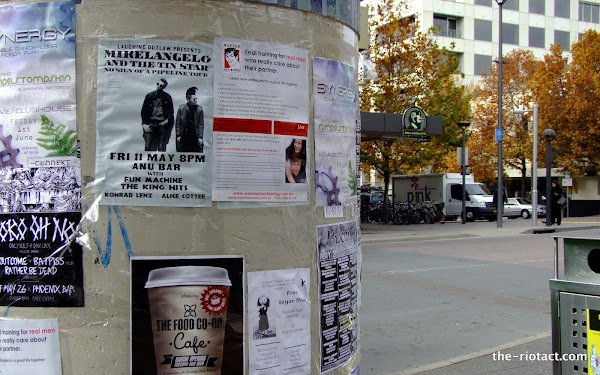 And so we come to the end of another fun filled week in the Capital.

Just leave your ideas in the comments.

There’s a world music festival at Kingston Foreshore on Saturday:

Pat Drummond (http://www.patdrummond.net/) celebrates 60 years on the planet, 35 of them in music) by taking the night off, sitting in the front row, while a cast of many plays his songs.

There will be musos and guests from interstate and much stuff to be making merry about and of and with.

It’s going to be a cracker. The MC can’t actually crack it for a job as a National Folk Festival MC anymore (meh), but he’s proud to be providing the verbal blu-tack and sticky tape for this night of nights. That would be me.

## Please note that The Merry Muse is a wholly-owned entity of the Monaro Folk Society and is not affiliated with the National Folk Festival, its heirs, successors, board members or people who deliver the sandwiches to the office. Please note that the above words are those of the author (‘Overheard’ Productions dot com) and do not reflect the views, preferences, persuasions or proclivities of the Monaro Folk Society of which he is but a mere member and spender of disposable income at their gigs and behind (sometimes under) the bar at the Canberra Southern Cross Club, Turner.

Phew! I think I got out of that one. Just.

If you enjoyed the flash mob at the Canberra Centre today, you might be interested that Brindabella Chorus is opening the Sweet Adelines convention tomorrow singing a welcome song parody called “Who comes to Canberra in the Autumn?” at midday at Llewellyn Hall, ANU – entry by gold coin donation if you are only watching one or 2 songs. (The opening is followed by the quartet competition which will run until 7.30pm)

GARAGE SALE THIS SATURDAY — 45 Cowper St Ainslie, piles of DVDs and VHS, books, comics, clothes, furniture etc. Starts at 8AM finishes when everything is gone.

Elysian’s album launch at the Hellenic Club, Civic on Saturday. Doors open at 8.

GARAGE SALE THIS SATURDAY — 45 Cowper St Ainslie, piles of DVDs and VHS, books, comics, clothes, furniture etc. Starts at 8AM finishes when everything is gone.

— I’m like a bird at the Tuggeranong Arts Centre

— Phoenix Player’s How To Succeed In Business Without Really Trying. It turns out there’s an app for that too

— The Court of Swing Caractacus

franky22 - 50 minutes ago
Why can't the ADF simply state that they made a mistake. View
Peter Curtis - 23 hours ago
A mistake is questionable - using a very hot light under those conditions suggests a lack of forethought or understanding of... View
Peter Curtis - 23 hours ago
not a mistake but stupidity - if farm machinery had ignited it and not an extremely hot light there would have been charges. View
Opinion 59

Little pantries have Canberra origins down a quiet neighbourly street