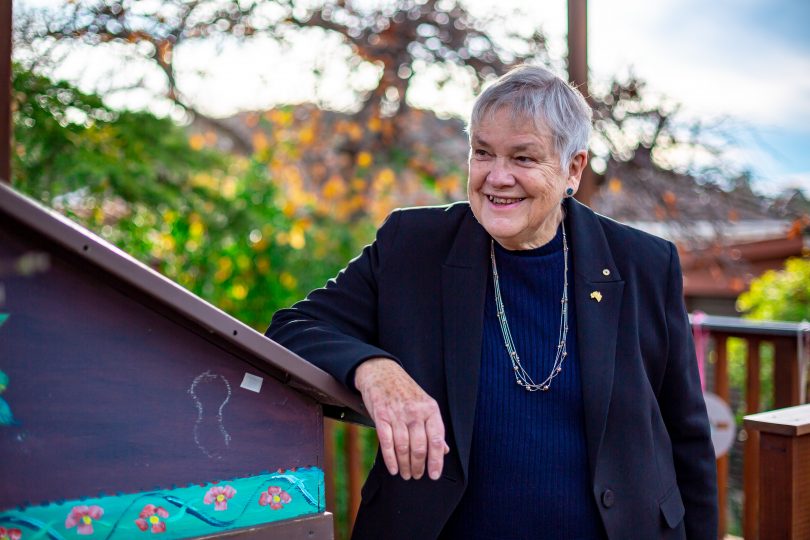 2019 Senior Australian of the Year Dr Sue Packer has joined signatories to an open letter to the nation on climate change. Photo: George Tsotsos.

Dr Sue Packer, 2019’s Senior Australian of the Year and a beloved figure for many Canberrans for service and advocacy for children, is pretty straightforward about why she’s signed an open letter to the Commonwealth Government calling for action on climate change.

As it has been throughout her life, it’s all to do with the children.

“Already in the past few years, the changing climate has affected the way kids behave, how they can play,” she says. “But it’s more even than that.

“Children are growing up in an Australia where there is far less certainty about how we produce food, how we live. That has to be taken seriously. We have to look at how to change.”

The letter was spearheaded by another Canberran and this year’s ACT Senior Australian of the Year, Dr Sue Salthouse.

Signed by luminaries including Sir Gustav Nossel and Dr Craig Challen (one of the Thai cave diving rescuers), it’s signatories include seven past Australians of the Year and a number of Canberrans, among them Madeline Diamond, the ACT Young Australian of the Year 2020, and our 2020 Local Hero Julia Rollings.

“We, a group of the 2020 Australian of the Year Finalists, along with former Australians of the Year, wish to officially recognise that the ongoing, unprecedented bushfire disasters of the 2020 summer require a national response,” the letter says.

“We acknowledge the fire terror experienced by families in town after town and in rural settings across the country. The area burnt is on an unprecedented scale. We weep for children who have experienced a summer of catastrophic proportions that will be forever etched in their memories.

“We acknowledge the heightened fear felt by those whose disabilities meant that evacuation presented greater challenges and increased risks. We mourn those who have been killed this summer as a direct result of the fires and lend our collective sympathy to their families, friends and communities.

“We honour and thank all those men and women who have shown unimaginable courage in their battle with the fires, who risked their own lives to save others, property, bush and wildlife.”

The letter is addressed to “the nation, in acknowledgement of the need to address climate change”, and says, in part, “We do not agree with calling this dire situation ’the new normal’ … The events are indicative of a climate emergency which requires immediate urgent action.”

“Australia has the expertise to become a world leader in limiting global warming to less than 1.5oC. As an active participant in world Climate Action Summits, we can lead development of a comprehensive climate change policy with strategies that enable us to outstrip Australia’s current 2030 emissions reduction target.

“Australia has the opportunity and capability to be world-leading in our response to climate change. Let us now move forward in respect for the earth, listening to science, listening to our land and oceans and the people who care for them, so our grandchildren will have a country to care for.”

Sue Packer has been involved in Doctors for the Environment with another former Australian of the Year, Professor Fiona Stanley, and says she is entirely unbothered by any perception that she is politicising her honours.

“My concern as a paediatrician and grandmother is seeing directly how different life will be for my grandchildren and how different it is for them already when they can’t play outside for weeks on end because there is so much smoke,” she says.

“We have to respect and care for and work on the land in a different way, not just taking what we can from it without thinking of the long term consequences. It is passive neglect to think that we don’t need to do anything or even think about change.

“I have two three year grandchildren haring around the house. I can’t do that for the rest of my old age!”

No one disputes we have to care gor our land, but climate has been changing for 1000s of years. The science literally does not support the popular idea of “climate change” and to be blunt, being australian of the year doesnt qualify anyone in science, just lije other public figures who mean well but frankly have no clue about yhe basics of co2 and actual physics…..sorry….

These two Sues are Canberra legends and show genuine Leadership – something sorely lacking in many of our current “leaders” (right Flis and Lu?)

Hope Morrison will listen to this Former Winner

Paula Simcocks , unfortunately he won’t. He is a blinkered ,dim , religious fanatic incapable of taking on any new information.

If he follows his line with former fire chiefs it will be “I don’t listen to former winners, only current winners”. 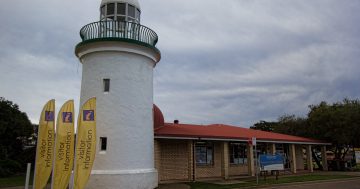