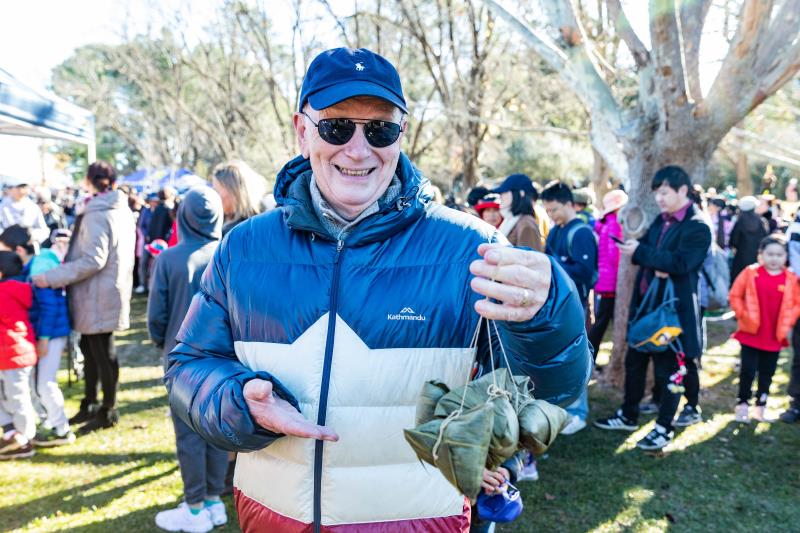 Work is set to begin in coming weeks on the new home of dragon boating in the ACT at Grevillea Park.

The contract for the design of the facility was last week awarded to Cox Architects, the brains behind high profile projects such as Casey Market Town, Capital Airport Group’s new office and the Raiders Centre of Excellence.

Once complete, the facility will include new boat storage, training room, event administration and change rooms.

Minister for Education and Youth Affairs Yvette Berry said the new facilities would allow Dragon Boat ACT to locate all its activities at East Basin, further activating this part of Lake Burley Griffin.

“It is great to be supporting dragon boating in the ACT, which is one of Canberra’s largest water-based sports and an increasingly popular activity for women and people of all ages,” she said. 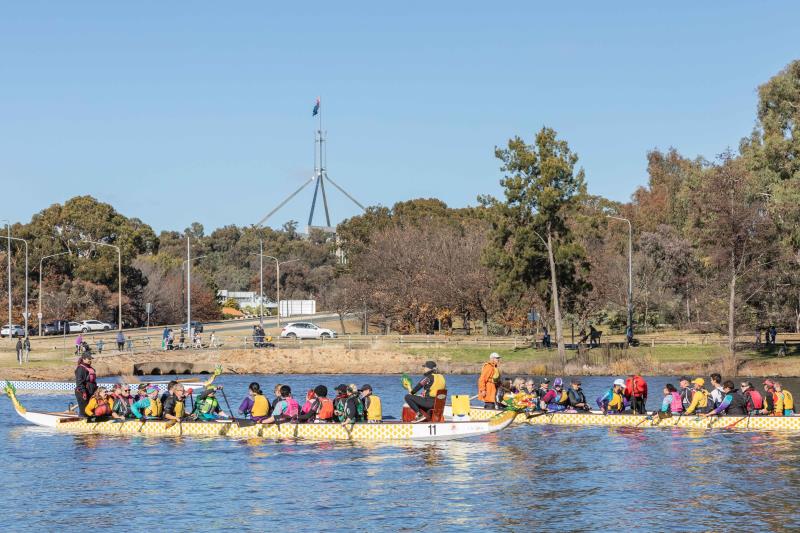 “It’s accessible to all people no matter what their age or sporting ability might be. So whether you want to join to be really competitive or just to make friends and be social, there’s something for you,” he said.

Mr Corcoran said everyone at Dragon Boat ACT was delighted at the news and looking forward to their new facilities.

“It’s literally been decades since we have been in temporary accommodation which we recently had to move as well from Lotus Bay to Grevillea Park.

“Now, hopefully within a couple of years we will be able to move into our new permanent facility which will make dragon boating even more fun and more interesting for its members,” he said.

He also hopes it will allow the club to better attract new members and retain existing ones as the sport continues to grow.

Once the facility is built, Dragon Boat ACT will rent it from the ACT Government.

The ACT Government committed $400 000 towards the design of the facility in the 2020-21 Budget earlier this year, forming part of the Government’s $1.7 million election commitment for a new home for dragon boating.

A recently-held Dragon Boat Festival highlighted the links between Canberra’s multicultural community and the sport.

The Dragon Boat Festival is held annually in China and continues to hold cultural significance for the Chinese community in Canberra. Originally, it commemorated the legend of enemy of the state and poet Qu Yuan who drowned himself in the river to escape capture by the king.

Now, it’s more about getting together with friends and family. 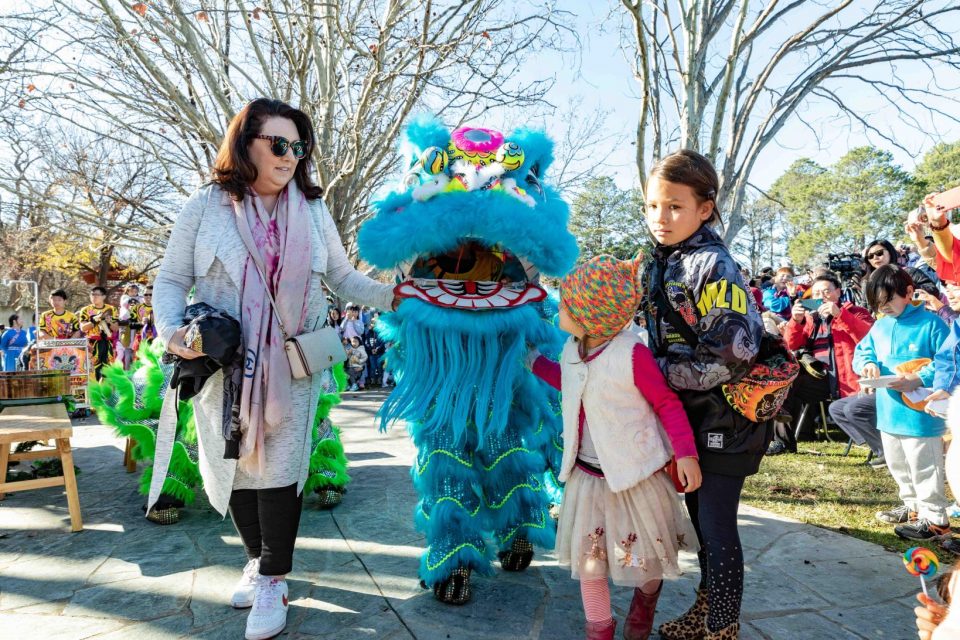 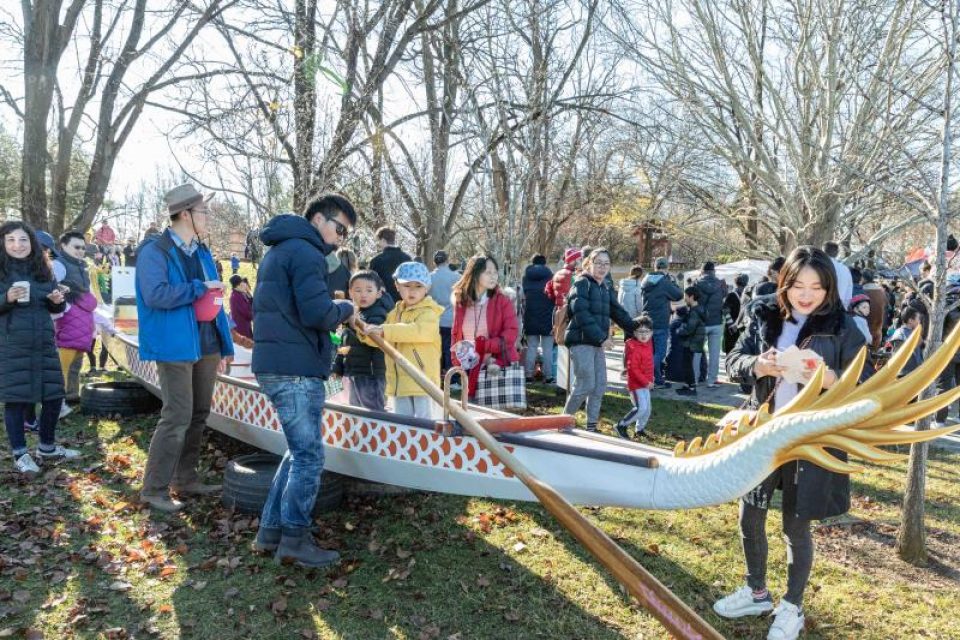 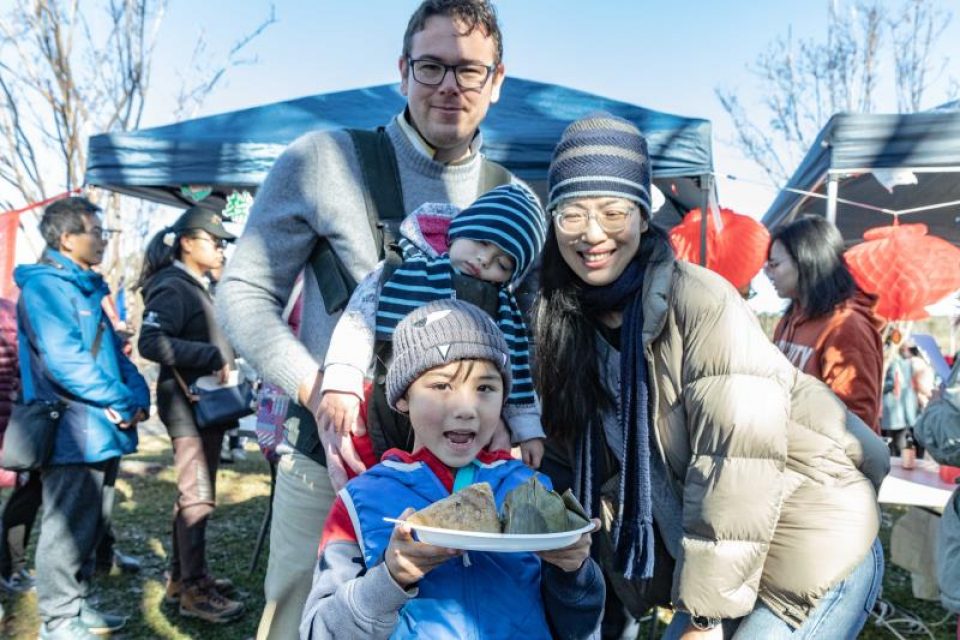 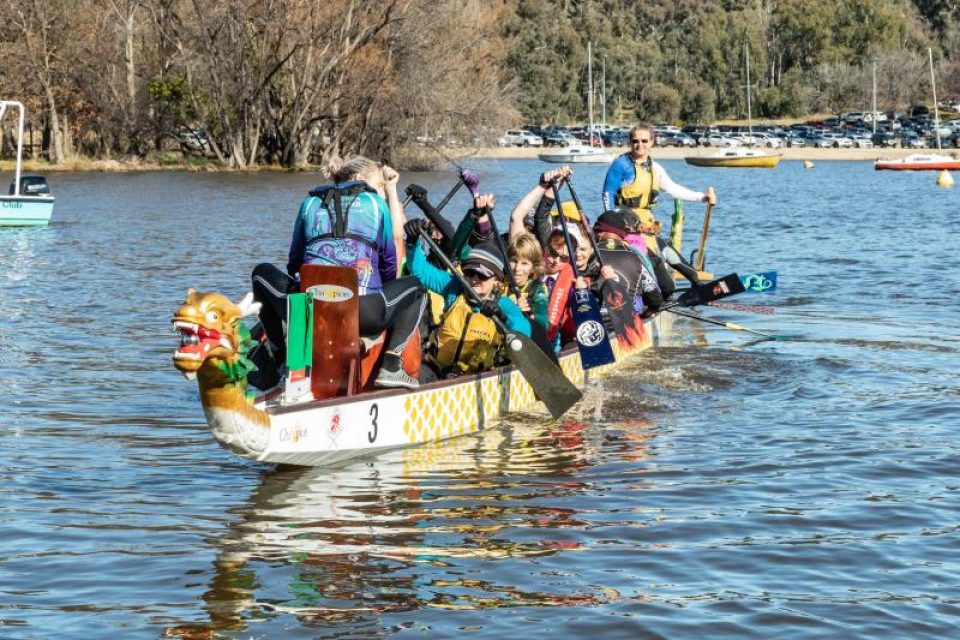 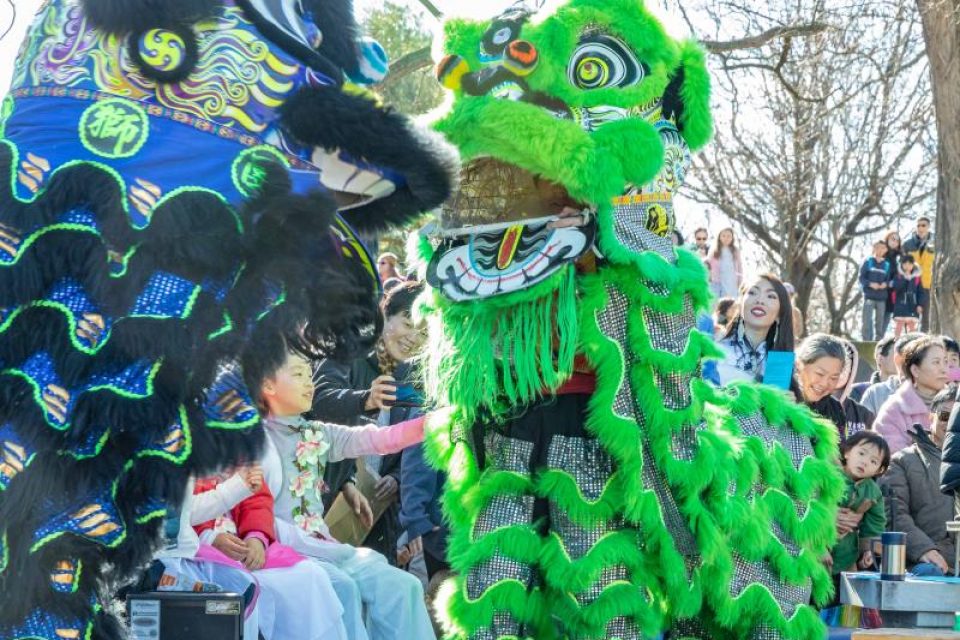 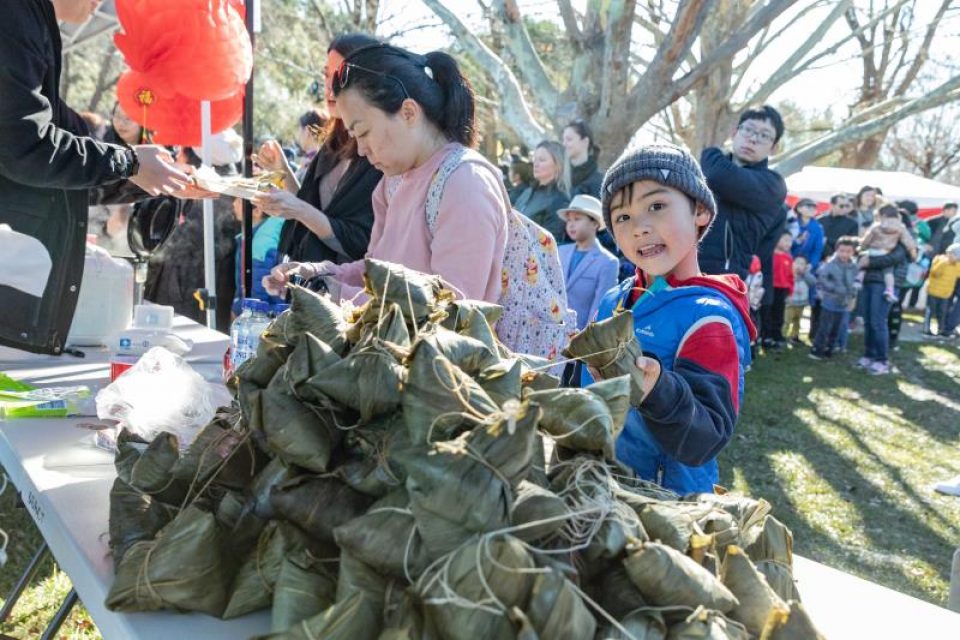 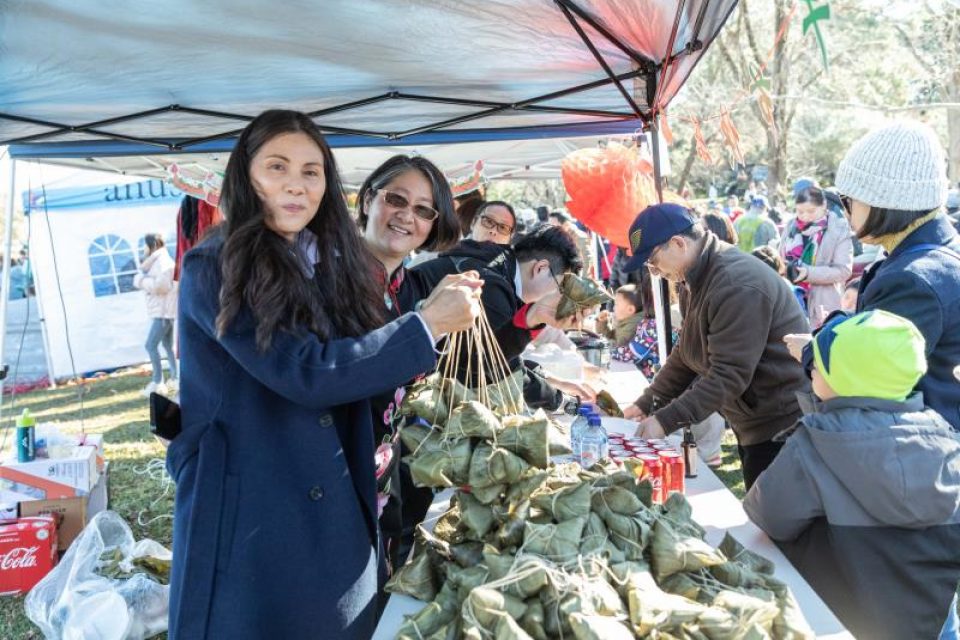 The shores of Lake Burley Griffin came alive on Sunday 13 June with a mixture of racing demonstrations from dragon boating teams and cultural stalls, dances and food.

Several recognisable faces were in attendance including ACT Greens Leader and Attorney-General Shane Rattenbury who delivered a speech on the day.

CMS FM91.1 Chinese Voice Program Coordinator Wenjin Zhou said the day had been even better than they had anticipated.

Danny Murphy - 4 minutes ago
Just don’t speed! View
Acton - 2 hours ago
The idea of differing fines for the same traffic offence is just as stupid as introducing differing prison sentences for thos... View
Patrick Fischer-Reid - 4 hours ago
Steven Miller If the crime is the same, surely the penalty should be designed to have the same impact and the same deterrent... View
News 24

phydeaux - 20 minutes ago
Quite so. To put some rough numbers on it, 2017 was a peak flu season in which near 1200 people died, but the 4-year average... View
chewy14 - 1 hour ago
Can't remember when anyone said anything about compulsory flu booster shots? We are talking about Corona Virus, which is sign... View
Acton - 2 hours ago
The chief executive of Pfizer has said that it is likely people will need a Covid jab every year going forward. “Both wanin... View
Community 1

Peter Graves - 26 minutes ago
Thanks for such a well-deserved tribute to Alan Foskett. Canberra has indeed lost a treasure. He was very keen to record a ra... View
Opinion 3

John Giacon - 43 minutes ago
Big trees too near houses can be a problem - the tree or branches falling, and they make gardens impractical in many areas be... View
candlelit - 2 hours ago
I agree but (a) we need to think more about the kinds of eucalypts we plant (and having lost power for four days earlier this... View
Acton - 2 hours ago
Nonsense. The author negligently fails to acknowledge that gum trees are more prone to catching alight because of their oil c... View
News 4

Tom Worthington - 45 minutes ago
In 2020 HE faced a crisis, but this was not unexpected. Some universities, particularly those in Singapore, had prepared for... View
Food & Wine 4

@the_riotact @The_RiotACT
#Canberra's great #trees are a risk worth having, and managing, even if measures need to be ramped up, writes Ian Bushnell https://t.co/qT6gUBtdQn (2 hours ago)

@the_riotact @The_RiotACT
It's all happening in Australia, from tennis and cricket to the Hottest 100. Have you been keeping up with the #news? Put your knowledge to the test with this weekly #quiz with a #Canberra spin https://t.co/QrO0RV2PWR (12 hours ago)

@the_riotact @The_RiotACT
It's all happening in Australia, from tennis and cricket to the #Hottest100. Have you been keeping up with the news? Put your knowledge to the test with this weekly quiz with a #Canberra spin https://t.co/8FCdfvIOxn (12 hours ago)