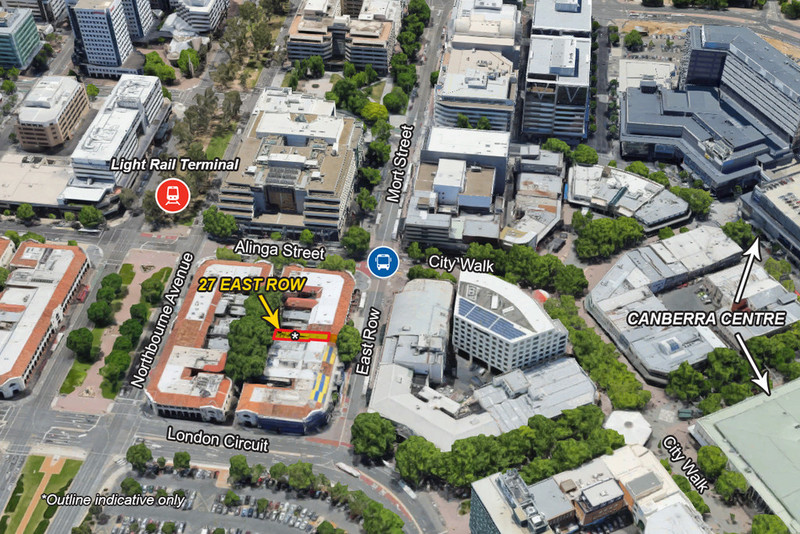 27 East Row is part of the Sydney Building and is currently on the market through Raine & Horne Commercial Canberra. Photo: Supplied.

Canberra’s commercial property market has seen a dramatic increase in the value of sales in recent months – from a total value of $44.8 million in the quarter to March 2019 to $380.2 million in the three months to June this year.

The latest research from property analysts CoreLogic shows that Canberra’s commercial property sales have also increased on an annual basis, with the June data bringing the 12-month total to $555.7 million, an increase from the $540.8 million recorded the same time last year.

CoreLogic’s ‘Canberra Cityscope’ states that 17 sales were recorded in the quarter to June 2019, with two sales for more than $100 million.

The highest value sales in the three months to June 2019 included:

The table above shows sales recorded for the past eight updates of Canberra Cityscope. Source: Core Logic.

Commercial properties currently listed for sale according to the Canberra Cityscope report include:

Leasing opportunities in Canberra referred to in the June 2019 update of Canberra Cityscope include:

good. then they don't need to put up our rates.

Justin Evans - 3 hours ago
Lights, bells and even boom gates aren't going to stop someone if they aren't watching the road View
John MacCallum - 8 hours ago
All level crossing collisions are avoidable. It just takes people to drive appropriately and not be complacent. See and avoid... View
Scott Turnbull - 9 hours ago
Layla Barry Tragic as these accidents are, it is simply not practical to place lights and bells at every single level crossin... View
News 1

Dean Carlson - 5 hours ago
Don’t let a noisy minority say they're talking on behalf of the town. This school is desperately needed and the proposed si... View
Kristy Norwood - 6 hours ago
I am 100% for the high school and it's location, as for the park it's government owned and they will do as they need, if they... View
savebungendorepark - 19 hours ago
We should be clear. This isn't about "us against them". Virtually everyone who's campaigning to save the Park supports a high... View
News 8

rationalobserver - 5 hours ago
Shooting is is the most humane and target-specific means of rabbit control available. It can be done quite safely inside sett... View
Stephen Saunders - 7 hours ago
In O'Connor, the worst infestation is along the Centenary Trail, at Bruce and O'Connor Ridges plus adjoining Nobby's Farm. Th... View
Lifestyle 2

Juliet Lautenbach - 19 hours ago
Meryl McKerrow I’m actually agreeing with you regarding those who cause the crashes. What I’m saying is that the slower s... View
Pete Notso Fatso - 20 hours ago
Once upon a time cars were sold on things like “power assisted disc brakes” or “RTS”. Nowadays it’s Apple CarPlay a... View
Steve Jones - 21 hours ago
Richard Watts that was on a straight bit of road........ View
Lifestyle 1

@The_RiotACT @The_RiotACT
Researchers have discovered that the waters around popular holiday destination Narooma are a troubling barometer of climate change https://t.co/vbHjduTT7O (59 minutes ago)