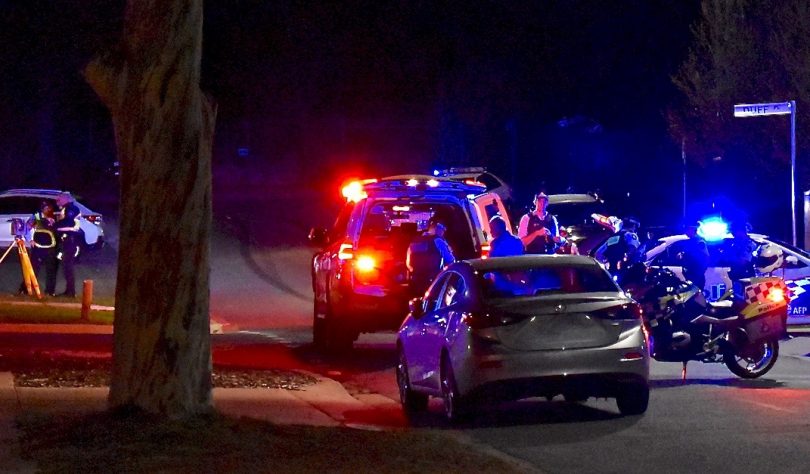 The scene of the accident where an elderly man died at Deakin last night. Photo: Region Media.

A man has died in a single-vehicle car accident at Deakin last night (7 September).

Police have this morning confirmed the man’s death, but would not say if the accident was the result of a medical emergency before his vehicle came to rest at Grose Street, near Duff Place in Deakin.

In a statement, an ACT Policing spokesperson said police, the ACT Ambulance Service and ACT Fire and Rescue responded to a low-speed, single-vehicle accident at Grose Street at about 6:45 pm.

“The driver, an 82-year-old man from Fisher, was unconscious. He was unable to be revived and died at the scene,” the ACT Policing spokesperson said.

Grose Street was closed for several hours while investigations were carried out. 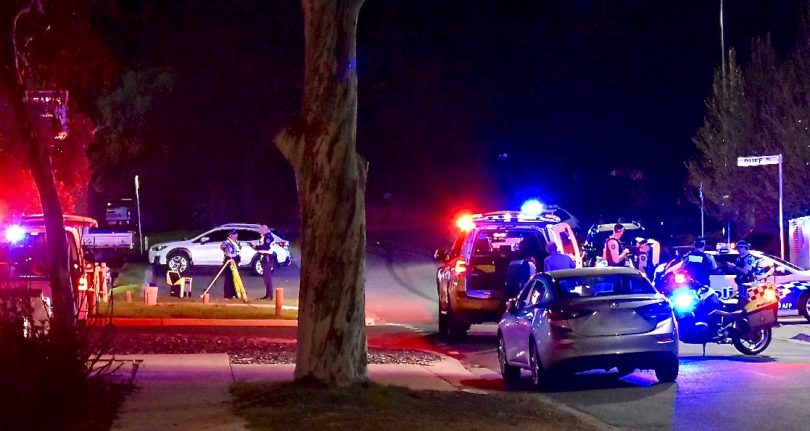 Police at the scene of the accident where an elderly man died at Deakin last night. Photo: Region Media.

ACT Policing’s Major Collision Team is investigating the circumstances of the incident and a report will be prepared for the ACT Coroner.

The family has requested their privacy be respected at this time and no further details will be provided.

Anyone with information or dashcam footage of the area from around the time of the incident is urged to contact Crime Stoppers on 1800 333 000, or via the Crime Stoppers ACT website. Quote reference 6625844.