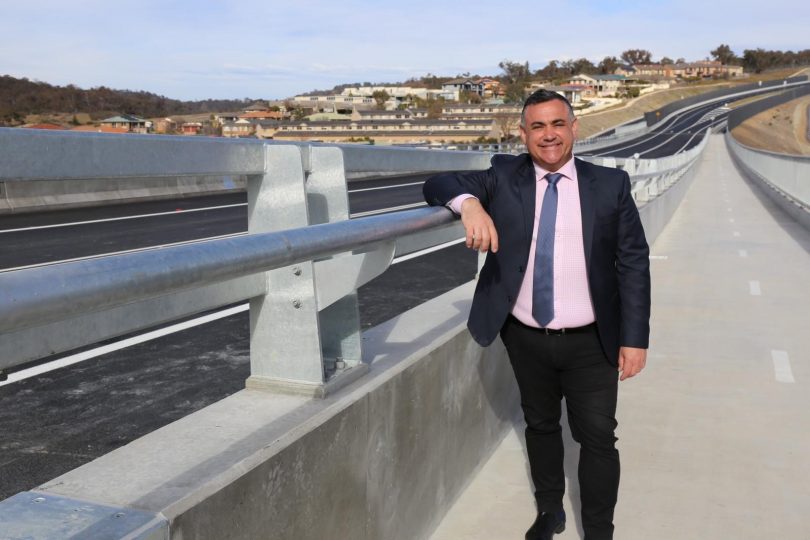 NSW Deputy Premier and Member for Monaro John Barilaro on the path adjacent to the new stretch of Ellerton Drive. Photo: Supplied.

Federal, state and local government representatives gathered to announce the completion of the $86 million project on Friday. It’s designed to reduce congestion and the number of heavy vehicles in the Queanbeyan CBD.

The extension connects Queanbeyan East with Karabar, Jerrabomberra and Googong, and includes a new bridge crossing of Queanbeyan River.

“This provides an alternative route around the Queanbeyan CBD and links traffic to the growing southern suburbs,” Deputy Prime Minister and Minister for Infrastructure, Transport and Regional Development Michael McCormack said.

Construction started in November 2017 and has opened on schedule.

“This is a great win for the communities of Queanbeyan and Karabar, providing a new, safer and smoother connection while laying the foundations for the region’s economic recovery following the COVID-19 pandemic,” said Mr McCormack.

Queanbeyan-Palerang Regional Council Mayor Tim Overall said the new single-lane road in each direction also includes a number of overtaking lanes along the stretch, among other improvements, such as an additional 700 metres of the existing Ellerton Drive being upgraded, a 2.5 metre-wide shared path along the length of the road, six fauna pathways, and fencing to keep fauna off the road.

“Council is excited to be progressing this important transformation and revitalisation of the city centre, which also delivered 2.8 km of noise walls to ensure this area will continue to be a beautiful place to live and work,” said Mayor Overall.

NSW Deputy Premier and Member for Monaro John Barilaro said the new bridge had a number of innovative design features to safeguard the local community well into the future.

“The bridge, which provides an additional crossing over Queanbeyan River, is able to withstand a one-in-100-year flood event, meaning our community will have the infrastructure it needs moving forward,” he said. 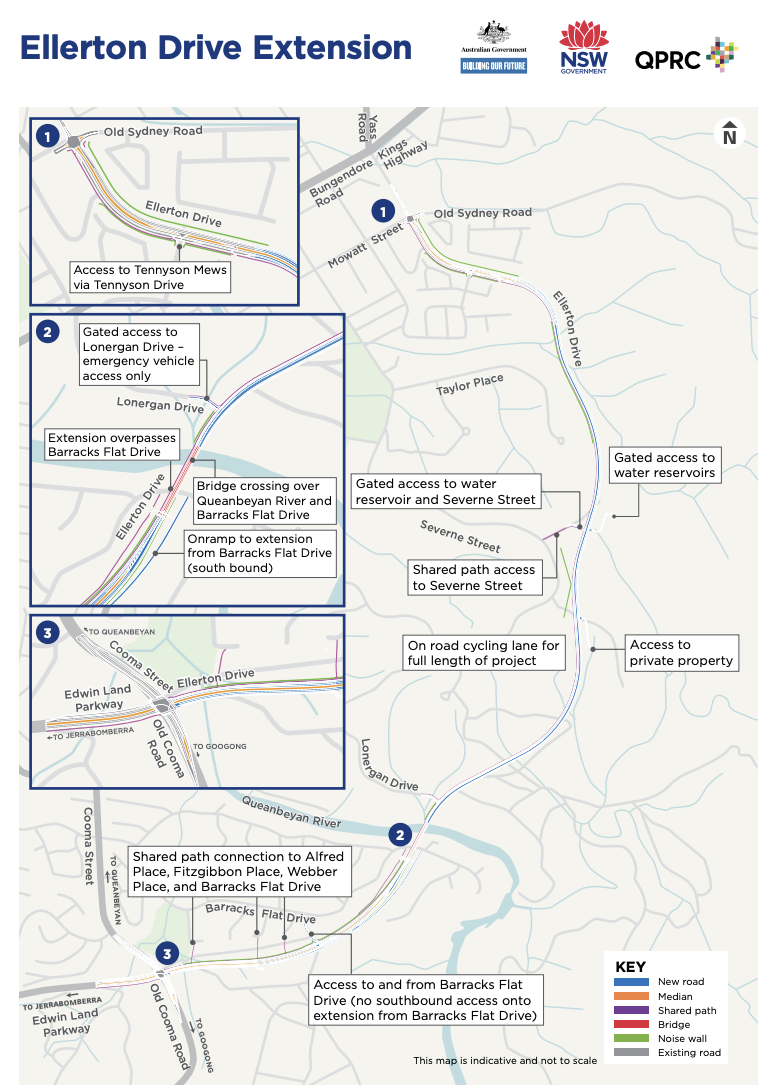 NSW Minister for Regional Transport and Roads Paul Toole said the project had supported around 100 direct jobs and approximately 300 indirect jobs in a major boost for the local economy.

“We are building the vital infrastructure projects that not only connect communities and ensure people get home sooner and safer, but projects that create jobs and help keep money in local communities,” said Mr Toole.

“These are projects that make a real difference to people’s everyday lives in regional communities.”

NSW Senator Perin Davey said the project showed the commitment from all tiers of government to growing the region.

“The Australian and NSW governments have each committed $25 million towards the project, while Queanbeyan-Palerang Regional Council has committed $36 million,” said Senator Davey.

“As well as the travel time saved compared to the existing route, motorists will avoid up to 19 intersections, three sets of traffic signals and the 50 km/h speed limit through Queanbeyan.”

NSW Senator Jim Molan said the project would be a major boost for locals and visitors while also providing an alternative route to explore the region.

“Benefits of the new road will include a 35 per cent saving in travel time compared to travelling through the main street of Queanbeyan, making the town more liveable for locals as well as visitors,” he said. “It will also serve as a gateway to the surrounding region.”

The speed limit on most of the Ellerton Drive extension will be 80 km/h, while the existing section of Ellerton Drive will be increased from 50 km/h to 60 km/h, and a short section near the intersection with Old Cooma Road will be signposted as 70 km/h.

Crews will complete minor work, including landscaping and maintenance over the coming weeks. Motorists are asked to follow the direction of traffic controllers and signs, and observe posted speed limits.

All great until you hit the roundabout at red rooster .then your stuffed..soooo dangerous to turn right onto kings highway

Dave Wilkinson you will have right of way though

so many people worked so hard to get it done, but that guy has to be in the picture.

Yeah let them divert through Jerrabomberra instead – disgraceful. And now ‘Poplars’ business park at the entrance to Jerra. Disgusting – wrecking a great suburb and flattening property prices.

Heaven forbid that we build transport infrastructure for the greater good of everyone.

Tim Cole But through the middle of a suburb????

Phil Hopkins Lets get real. Jerra is broken into sections that in other locations would be called suburbs. The main road splits these locations, which is what main roads should do.

Basically what he said. If you were to run a major arterial to the south of Jerra, then it would draw more traffic through the whole suburb.
By middling it, there’s a 50/50 split to feed it for the locals, while providing a decent alignment for the through traffic.
Also, let’s not forget that this southern loop around Queanbeyan has been on the drawing boards for over 40 years.

how many investment properties do you own in Jerra ?

Great that it’s finally completed, only about 30 years late!

Geoff Richardson it’s actually 40 as per the mayor 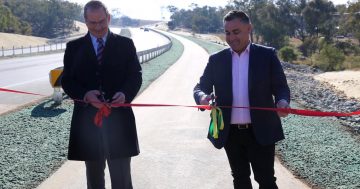 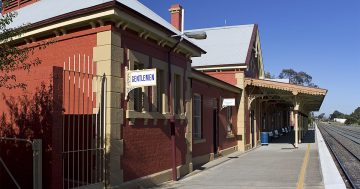 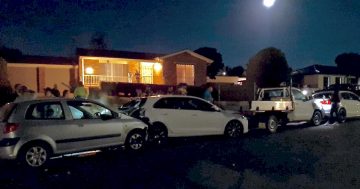