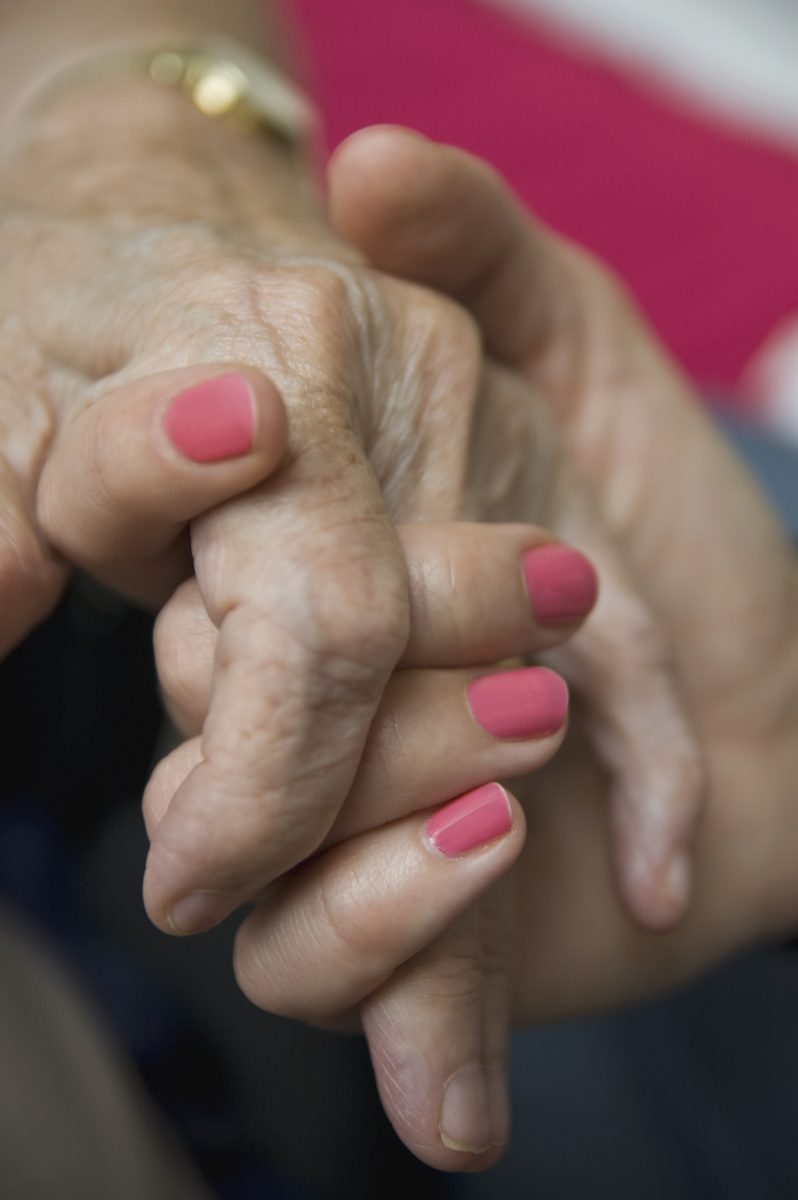 Few people feel completely comfortable talking about death – particularly their own, and it’s a subject that is challenging in Australian culture. This may be part of the reason why there is a lack of a good understanding of the process of death and the issues we may be confronted with as we enter our own final stages of life. What often happens instead is that this is something we end up stumbling through at times of great crisis when ourselves or those we love are facing the end of life.

While many of us have firm views about issues such as how and where we would like to spend the final stages of our life, the reality is that many of us will not be able to exercise these. While two-thirds of people say they would like to die at home, only one-third of people do. While many people believe that they should be able to exercise choice to limit their pain and suffering, the issue of voluntary dying has been particularly fraught. Despite significant conversations in many states and territories over many years, including in the ACT, it was only last year that Victoria became the first jurisdiction to legislate on end of life issues. The ACT is still faced with the reality that it is currently prevented by the Commonwealth Government to make our own laws on these issues.

So it is important when our political representatives create forums to explore issues such as end of life choices, and it is significant that the ACT Legislative Assembly is currently undertaking an inquiry that is looking at end of life choices in the ACT. The terms of reference include the options in relation to voluntary dying in the wake of the Victorian Parliament moving laws around this, but is much wider and is also examining current practices including palliative care options in the ACT.

There hasn’t been a great deal of publicity around the Inquiry, but we did hear recently about public hearings that are currently being held. In these hearings, members of the public are being invited to provide their perspectives on this emotional topic.

When you hear of this inquiry and the experiences of others within our community that were shared at the public hearings, it is almost impossible not to reflect on your own experiences of walking with someone as they enter the final phases of their lives. It is hard not to reflect on your own mixed emotions of the honour of supporting someone as they reach the end of their life, your feelings of distress and powerlessness as you see someone you love in pain with no respite, and your gratitude to the professional staff who do what they can to support your loved one as they enter the final stages of their life.

When I hear the stories of others, my sense of gratitude heightens. We were lucky. We were able to get levels of pain relief which meant my mother was comfortable. We were able to get mum into the beautiful Clare Holland House when she could no longer stay at home. We were able to ensure that she was relatively comfortable and surrounded by people she loved as she came to the end of her life. However, we shouldn’t need to be lucky; we need to ensure all individuals and families are able to access the care and support they need, be in environments that are adequate and appropriate, and that people are able to meet the end of their life the way they wish to.

While the Committee is still progressing their work, the impact of the Inquiry is already being felt. Health Directorate staff have indicated that they will be implementing a new model of care for palliative care that aims to be more connected and involve more providers. The budget announced last week also includes a number of positive measures including expanding hospitals in the home and more culturally inclusive older person housing for Aboriginal and Torres Strait Islander peoples.

It is extremely positive to see the health system responding to issues faced by the community around end of life choices. With the issue of voluntary dying as part of the terms of reference, there is a risk however that this Inquiry descends into an ideological debate that forgets the aim of the Inquiry – providing dignity, support and choice for people at the very end of their life. I am hoping that we instead see this being an opportunity to see ACT politicians at their best – reflecting on evidence and people’s experiences and that they will do all they can to make things better for Canberrans as they enter the final phases of their life. What do you think?

Nada Krstin - 48 minutes ago
oops, meant to say, cannot have it one way! :)... View
Nada Krstin - 50 minutes ago
No. And if you think they are mature enough to vote at 16 or 17, then they should be tried for any crimes as adults as well,... View
Selene Sharp - 57 minutes ago
I’m more concerned about whether it benefits society rather than just me View
Business 15

Mazzie Woodward - 1 hour ago
Thanks James Milligan MLA and Leanne Castley MLA for all your advocacy on this issue - keep up the pressure as I’m sure thi... View
ChrisinTurner - 7 hours ago
1500 sq m is enough for an ALDI. View
Opinion 5

Mark Parton MLA - 2 hours ago
Thanks for constructively engaging, but I would reject the characterization of my advocacy for Alex as a media stunt. And I w... View
Mark Parton MLA - 6 hours ago
All I’m doing, is trying to help as many people as I can, as best I can and I make no apologies for doing it. Everything I... View
News 10

markd1 - 5 hours ago
Large Eucalyptus trees maybe not, but about half of all Eucalypts are mallees--small trees, many of which are perfect for Can... View
Motoring 3

Linda Stapleton - 6 hours ago
I was homeless once with two babies... oh I had the car, but it isnt the safest place to raise kids... thank goodness for wom... View
Community 2

Linda Stapleton - 6 hours ago
Just look at the size of that Rhubarb...wow View
show more show less
*Results are based on activity within last 7 days

Assisted dying: Barr says Feds should deal with issue that won’t go away

@The_RiotACT @The_RiotACT
Canberra musician @lucysugerman deals with the messy, angry aftermath of a break-up on her latest single, 'golden boy' https://t.co/awfirYuNsw (2 hours ago)

@The_RiotACT @The_RiotACT
Amelia Bidgood ventures off the beaten track to @yarrhwines to try their seasonal Winemaker's Sail ... and can't help but pick up a bottle of their stunning sangiovese https://t.co/vfesq5BVzv (3 hours ago)

@The_RiotACT @The_RiotACT
There’s something about that 1940s charm that wins you over every time. This home at 7 McCaughey Street in #Turner is no exception https://t.co/iTSEzUMGL9 (4 hours ago)