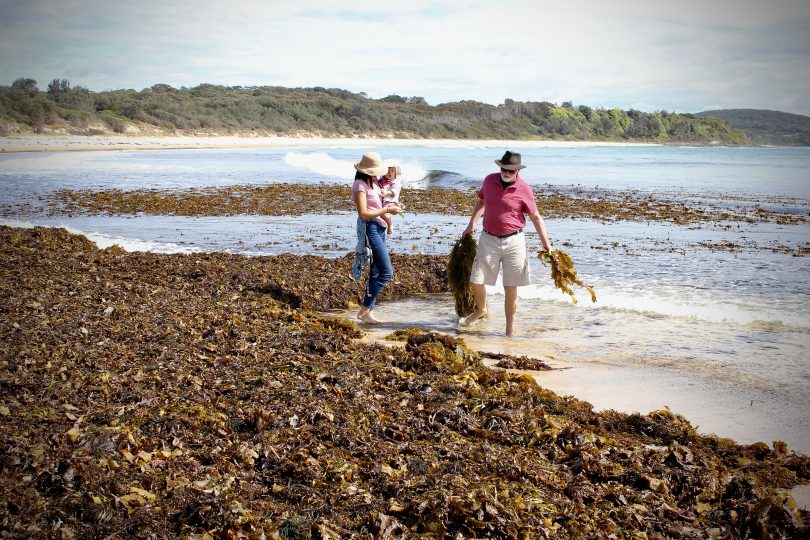 It took just one sparkling morning of foraging on Bingie beach near Moruya to convince a group of local mums about the magic and power of seaweed. 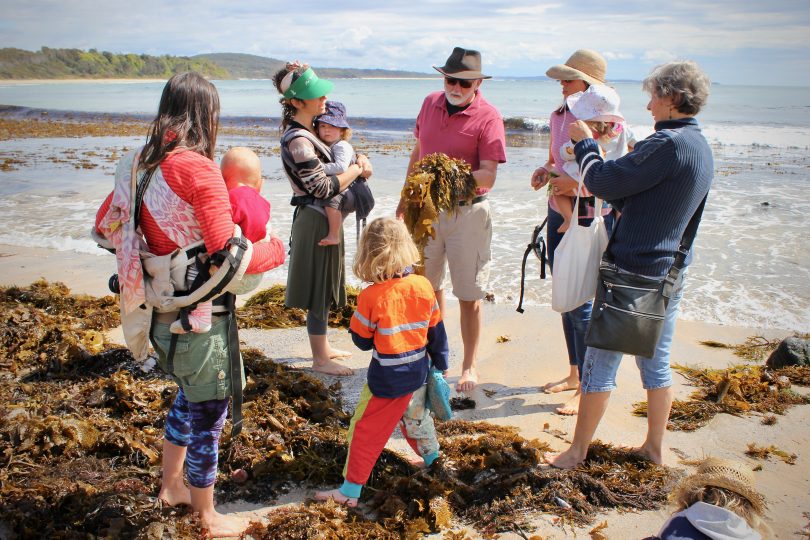 Seaweeds have broad uses as a plant bio-stimulant; soil conditioner and fertiliser; as a biofuel and for industrial uses; to feed animals and as a human health food. Mr Whitelaw’s love of seaweed was sealed by the realisation that as beach-dwellers, we have unfettered access to a precious natural food source.

“I’d been very keen on seaweed for quite a while, but not for eating – I’d make seaweed concentrate, put it on the garden and would get great results,” he says.

“But there was a moment when our son’s Japanese host mum, Miruko Murata, stayed with us. She looked into the ocean and she could not believe that we were just walking past all of this prime food. In Japan, fresh kelp from pristine waters is as highly prized as sashimi.” 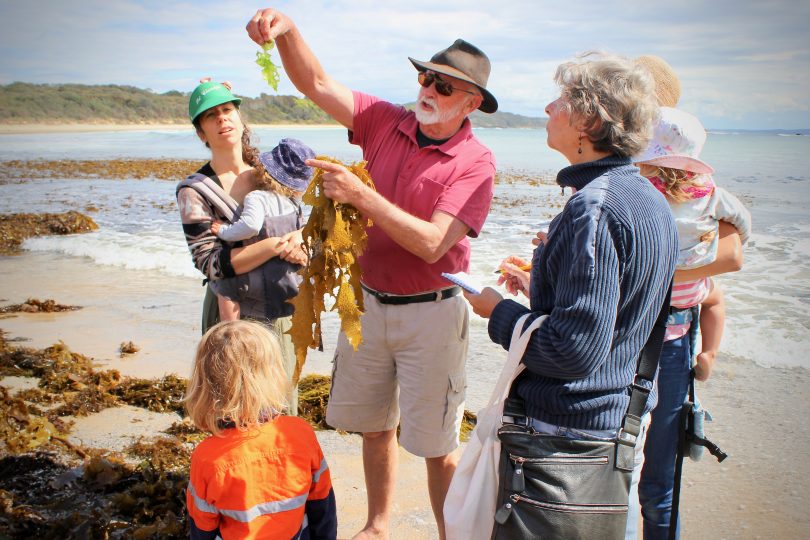 Mr Whitelaw explained that sea lettuce, nori and kelp could be dried, crushed and used as a seasoning, while samphire could be pickled or added to stir-fry dishes. 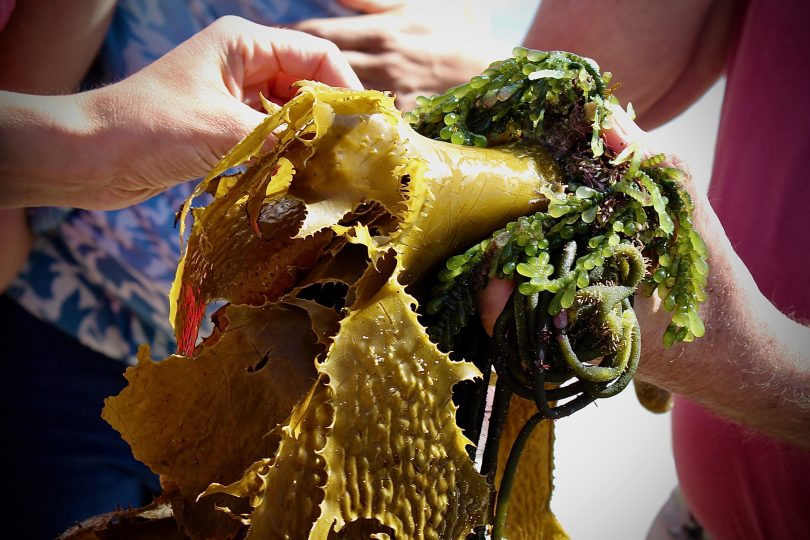 Following the beach forage, he demonstrated how to prepare a seaweed salad by blanching, slicing and seasoning golden kelp. Seaweed could also be added to a hot bath, he said, to act as a body scrub, moisturiser and conditioner.

“Once you understand what to look for and how to collect it, it’s wonderful,” he says.

“Some types and tastes are more palatable to us than others, but it’s interesting because various cultures have different views about what feels good in the mouth.” 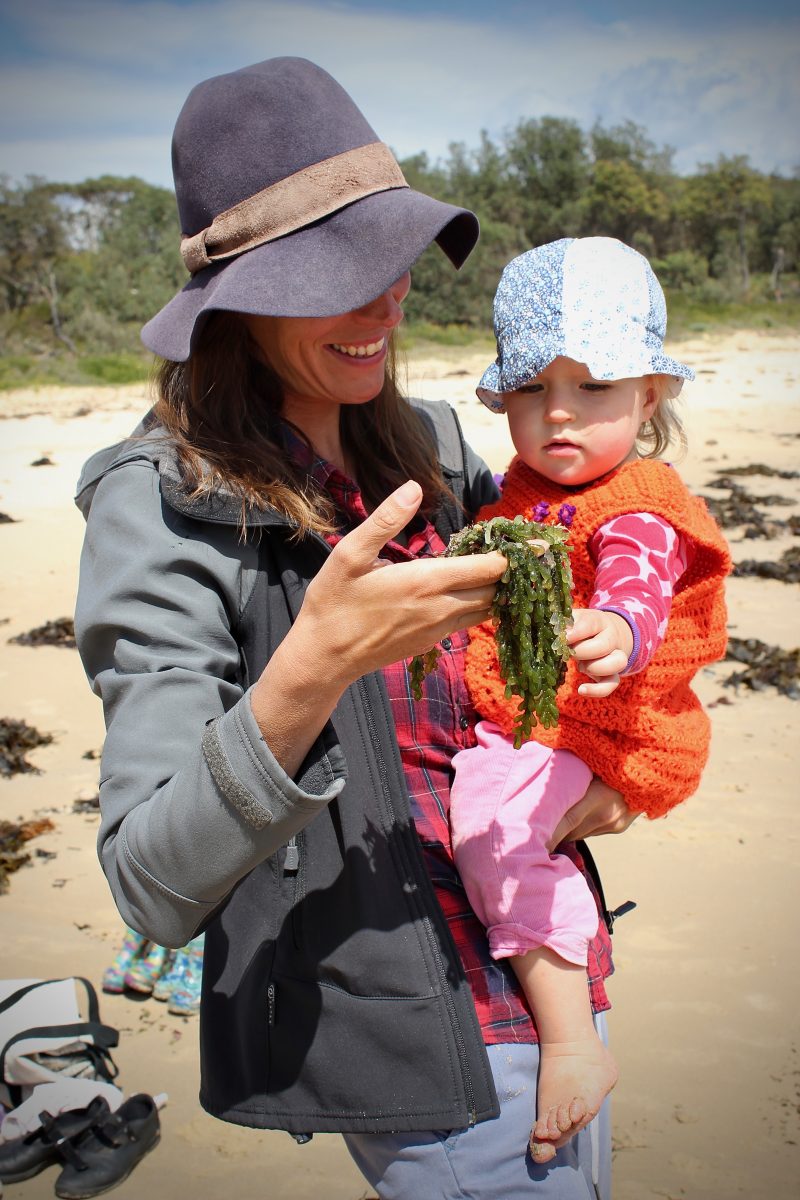 Responsible collection of seaweed meant considering legalities and health impacts, Mr Whitelaw says. Beach collection is allowed in general use zones and habitat protection zones, but a permit is required to collect more than 20 litres per person, per day.

“It’s best to collect free-floating seaweed – you’re not allowed to collect anything that’s attached to the rocks in a national park,” Mr Whitelaw explains.

“Always err on the side of caution: if you’re harvesting nori or sea lettuce outside of the national park, don’t take the whole plant, just a leaf here and there.

“Seaweeds can absorb heavy metals, so collect from unpolluted areas. Some local seaweed had been found to have elevated levels of arsenic, but advice from a University of Wollongong researcher was that the type of arsenic and the amounts likely to be consumed would not pose a health risk.” 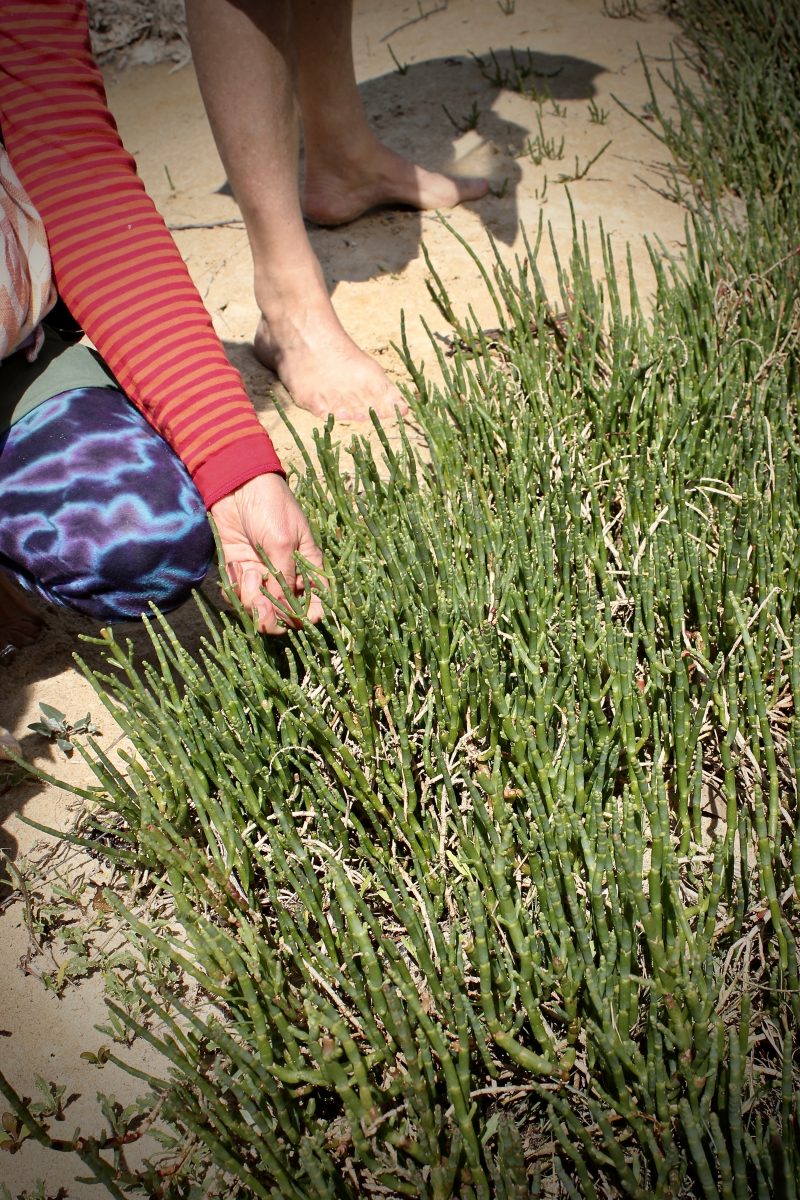 Workshop attendees say Mr Whitelaw has ignited a new appreciation of gifts from the ocean.

“I’m someone who previously felt ill at even the suggestion of sushi and who has a phobia of snorkelling because of the scary seaweed in the water,” says Alice Ansara of Moruya.

“I’m now in love with it – I’ve been making golden kelp salad for all my visitors and lovingly laying it on my garden. I’ve found a new respect for seaweed and I’m seeing it in a completely different way when I go to the beach.” 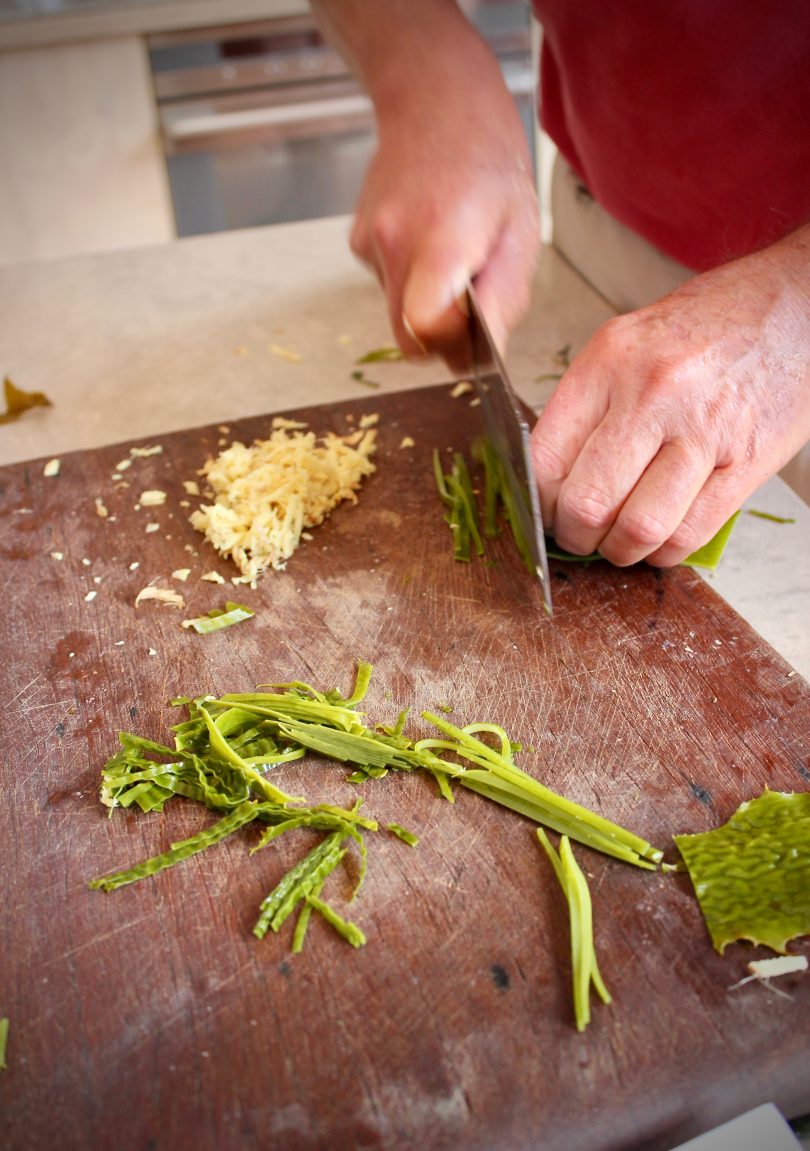 “I didn’t realise that we have such an abundance of nutritious food washing ashore on our local beaches,” she says.

“I love the idea of searching for my food in nature. Since the workshop, I’ve been experimenting with new recipes.” 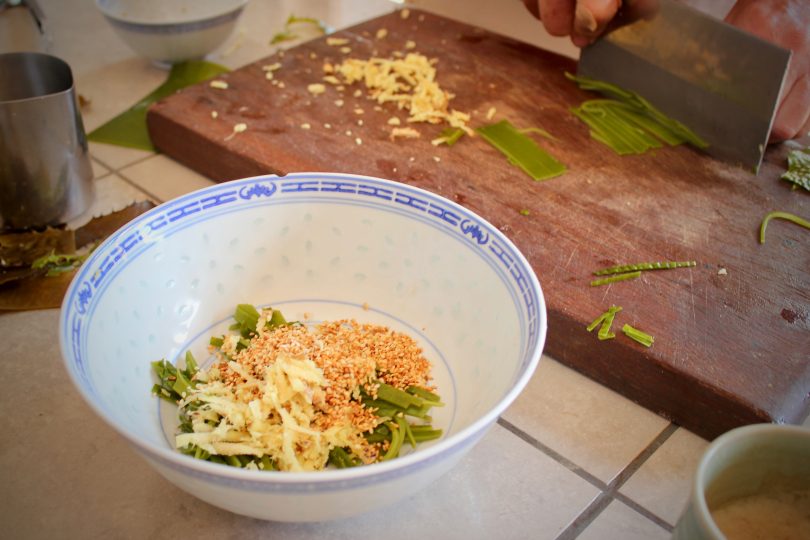 Original Article published by Kat McCarthy on About Regional.

Michael Hardy - 4 hours ago
it needs to be moved View
Më Batterbury - 8 hours ago
I think 50 is ok but 40 is just ridiculous View
Jazzy Dhooria - 9 hours ago
You voted them in... Just sayin View
Property 1