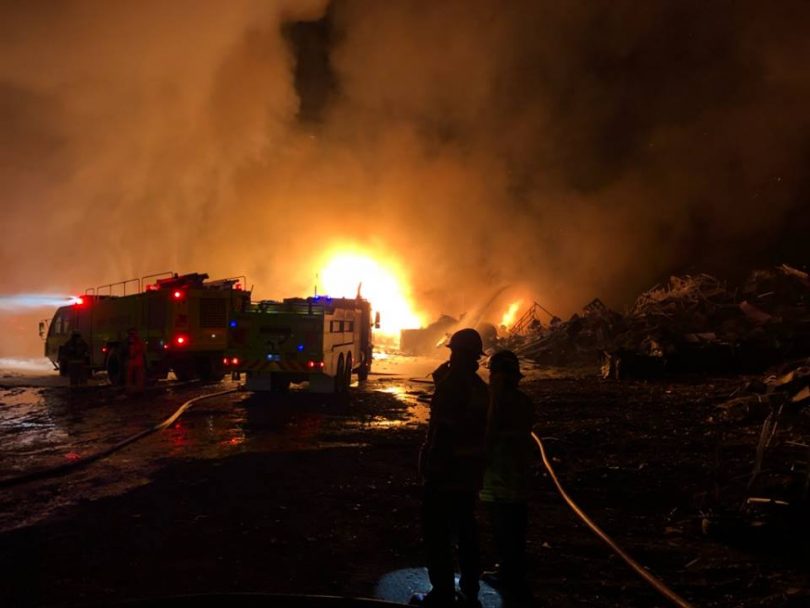 Firefighters have worked overnight to bring a blazing fire under control in the ACT industrial suburb of Beard – with the initial fire about 50 metres by 20 metres in size.

However, the smoke dissipated overnight and air quality tests by the Hazmat Unit have shown the air to be clear with no contaminants from the fire able to be detected. Air quality testing will continue today. 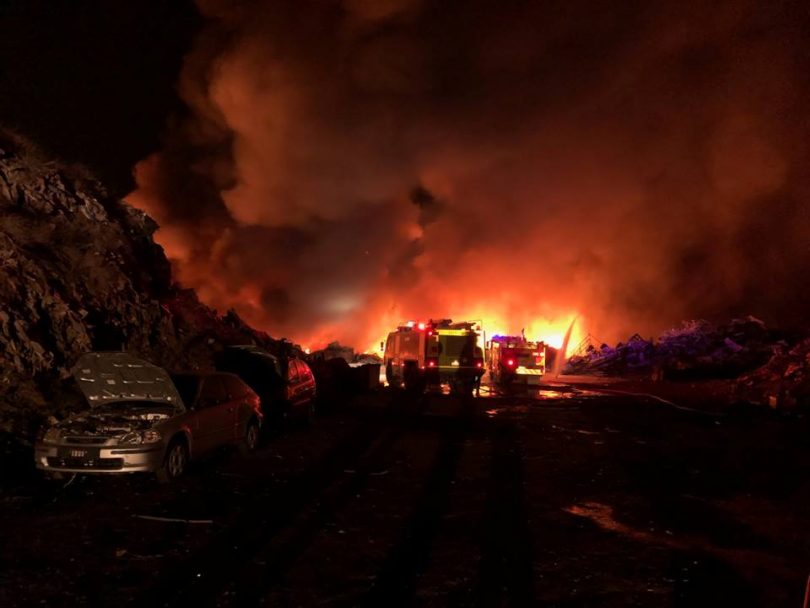 About 10 units battled the fire at a scrap metal and tyre yard.

ACT Fire & Rescue were called to the fire at a scrap metal and tyre yard in Underwood Street at 5:45 pm yesterday.

ACT Fire & Rescue chief officer Mark Brown said that at this stage the cause of the fire is still being investigated.

He said that it is difficult to determine the origin of the fire because there is such a large area of debris and recycled material.

The materials at the industrial site were also the reason the fire took hold last night with such ferocity.

“Those piles of materials contain a lot of combustibles – car tyres, plastics and so on,” Mr Brown said.

“There also were some LPG cylinders involved which was quite dramatic in the early stages of the fire and firefighters fought hard to contain that fire to the site and not let it spread to neighbouring properties.”

Last night firefighters managed to contain the fire but they were not able to bring the fire under control until the early hours of this morning and were concerned about the impact of the smoke on neighbouring areas.

At the time people with asthma or a lung condition who developed symptoms such as shortness of breath, coughing or wheezing, were advised to follow their personal Asthma or COPD Plan. 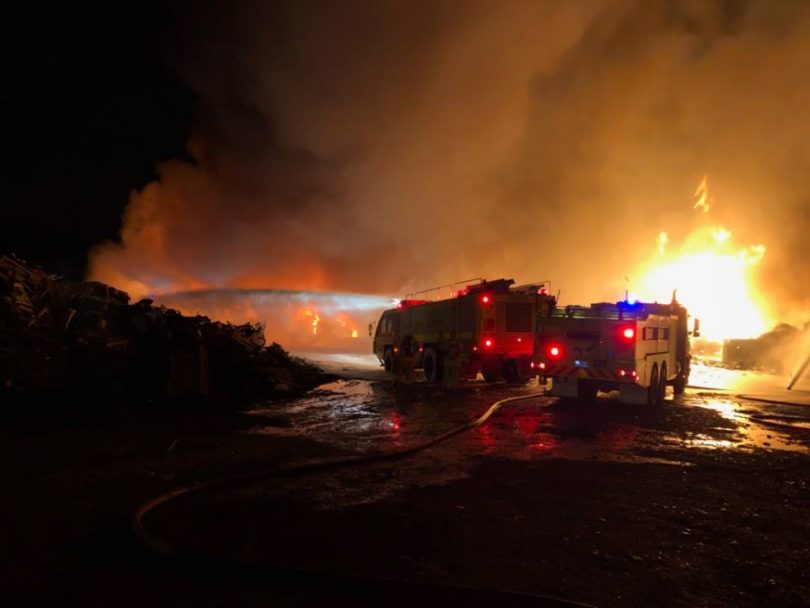 ACT Fire & Rescue expects to remain on scene for most of today to fully extinguish the fire.

An excavator was brought in last night and used to pull apart the pile of materials with crews then dampening down the area to help extinguish the fire.

The Country Rail Network has advised travellers that the rail line between Canberra and Queanbeyan will operate as usual today.

Did you see the blaze? Did the smoke impact you? Let us know in the comments below.