Sage Dining Room’s Taste and Test series is back

Canberra foodies, rejoice. Sage Dining Room’s Taste and Test series is back for another season.

For the uninitiated, here’s how it works: $75 buys you a surprise five-course meal and the opportunity to provide feedback on each dish. The menu changes weekly, and after five weeks, the most popular items end up on Sage’s new winter menu.

The fourth Taste and Test season kicked off last night. While I’ve been to Sage on several occasions, this was my first time sampling the Taste and Test menu – and I was in for a treat. 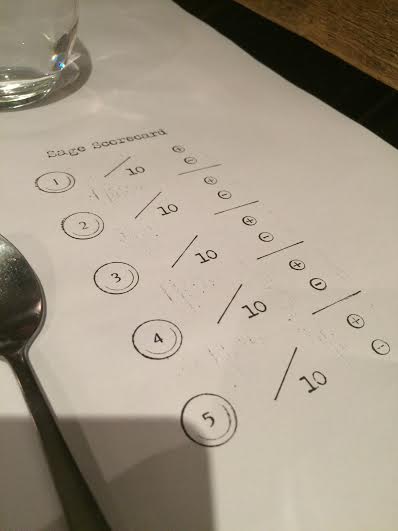 The waiter showed us to our table and revealed two scorecards stamped on the paper tablecloth. He explained that we were to mark each dish out of ten and provide feedback as required. Any dishes that scored an average of seven or lower would be dropped, while those with a higher but still not perfect score would be improved before adding to the menu. 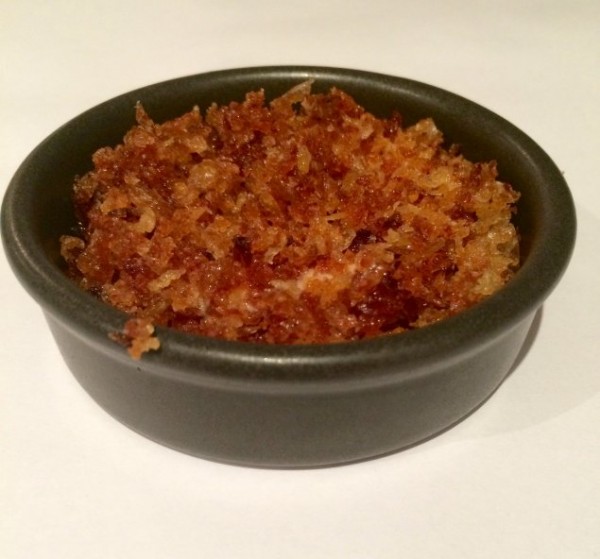 First, we were served an appetiser – the chef’s take on salt and vinegar chips with mayonnaise. It doesn’t look like much in the photo, but underneath the layer of crispy, vinegar-laden potato bits was a light and airy mayonnaise (hollandaise, even?) mousse. It’s the sort of appetiser that in weaker moments you might wish came in a big jar with an even bigger spoon.

This was followed by a ceviche dish with sesame, grapefruit and orange. I’ve always enjoyed Sage’s sashimi and ceviche dishes, and this was no exception. 9/10.

The second course on the Taste and Test menu was liver mousse with a sort of cherry jam, topped with hazelnuts, popcorn and crispy pork crackling. It sounded intriguing, and was definitely the sort of dish I’d be too nervous to order on my own. The mousse was good and the cherry component even better, but it called for a piece of dense, toasted bread to counteract the lightness of the mousse. 7.5/10. 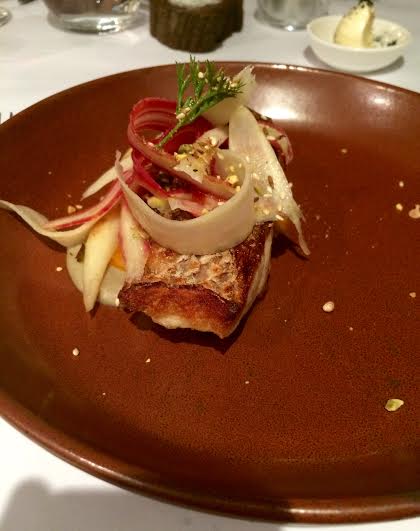 Up next was what I considered the star of the night – barramundi with heirloom carrots, dukkah and a puree I didn’t catch the name of. A simple dish, well executed. 10/10.

By the fourth course, I was almost full and perhaps didn’t appreciate the next dish – slow cooked pork with parsnip puree, thinly sliced kohlrabi and cavolo nero dust – as much as I ordinarily would have done. I’m almost certain I’d have plenty of enthusiasm for this one on a slightly emptier stomach. 8/10. 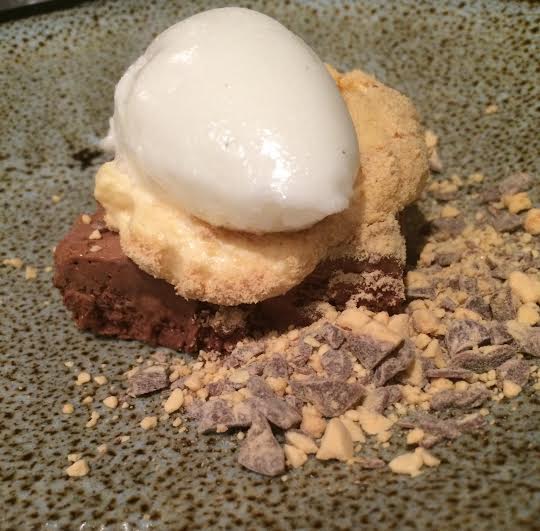 For dessert we had chocolate ice cream topped with honeycomb mousse and a milk sorbet, which tasted like what Masterchef judges might eat when they’re craving chocolate but don’t want to slum it with a king-sized Crunchie from the servo (and now that I’ve tasted it I’ll want to do the same). Very delicious. 10/10.

For those who’ve been to previous Sage Taste and Test evenings, it’s worth checking in again now that the restaurant has a new head chef, Damian Brabender. Damian has worked under three Michelin Star chef Pierre Kauffman and was the executive chef at Australia’s only six-star hotel and resort, Emirate Wolgon Valley. If last night’s Taste and Test was any indication, it’s fair to expect very good, very creative things from Damian at Sage as well.

Sage’s Taste and Test costs $75 per person and runs every Tuesday and Thursday for lunch and dinner until Thursday 7 May.

Cheryl Thuillier - 12 minutes ago
Was a great place. View
Stuart Ridley - 5 hours ago
The Prickle Farmer immortalized the Wine Bar for us in the 80s 🙂 View
Opinion 128

Tom Dale - 3 hours ago
As the APS "permanent staffing" model is still essentially based on the Northcote-Trevelyan Report of 1854 which re-organised... View
Vladimir Svoboda - 3 hours ago
CPSU has been advocating for greater homogenisation across pay bands for a decade and it was Labor policy at the last electio... View
Laurel Haskell - 4 hours ago
People leave the PS and start up their own industry because they KNOW the System..Consultants, Employment Industries, Care In... View
News 150

Raymond Evans - 3 hours ago
Canberra was so much better off when we were part of the federal government , since our local government started everything h... View
Anthony Fernance - 4 hours ago
If it’s only 2 weeks behind then they need to improve the mowing schedule a lot because grass don’t grow 4ft high in 2 we... View
Garry Dodds - 5 hours ago
When the Federal Government were in charge before self Government the lawns were great now it's touch and go..Only in the Sub... View
News 6

OTIS at Home: A fine dining date night but in your living room

The five star local: Kingston’s OTIS gets the balance right

@the_riotact @The_RiotACT
. @ChamberlainsLaw is one of the largest #law firms in the ACT, and it was recently named as one of Australia's fastest-growing and most people-centric firms in two separate lists by 'Australasian Lawyer' magazine https://t.co/AUGDyW3FI1 (4 hours ago)