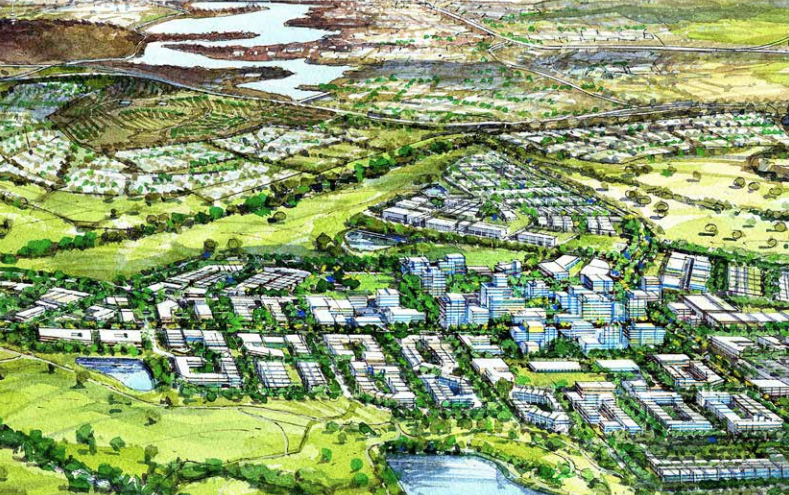 Plans for the Molonglo Group Centre have been around since 2014. Image: Supplied.

Land releases for the Molonglo Group Centre were pushed out to 2024 after the ACT Government rejected the advice of its own development arm, not because it was acceding to community requests for more consultation as claimed.

After the Budget was handed down last month, the Molonglo Valley Community Forum attacked the government for breaking an election campaign promise that it would fast-track the commercial centre when it learned that the latest Indicative Land Release Program did not list the earliest land releases for the commercial centre until 2023-2024.

Planning and Land Management Mick Gentleman had turned this criticism back on to the Molonglo community, saying it had wanted more consultation on the Group Centre plans.

“The delay allows the government to hear from the people who already live in Molonglo Valley about what they would like to see in their group centre,” a spokesperson said at the time.

This infuriated the forum which said plans for the Group Centre had been around since 2014 and the government had had plenty of time to consult the community.

Now it has been revealed through Freedom of Information requests that the Suburban Land Agency had told the Environment, Planning and Sustainable Development Directorate that a report it had commissioned from AT Adams Consulting had advised that if it proceeded with an estate development plan (EDP) based on already available concept plans, the first release could be made as early as the third quarter of next year.

The report offers two options: proceeding with an EDP or going to a full concept plan that would require a Territory plan variation and would delay any land release for 18 months.

Its preferred option was an EDP based on already available concept plans from 2014 and more recently from last year.

An email dated 13 August from the SLA to EPSDD said the report advised that while the preparation of a concept plan via a Territory plan variation was an option, it was not required and would not necessarily add quality to the planning outcome over and above what can be achieved through the EDP process.

“It would also add at least 18 months to the timeframe, and as a result, the government commitment for the delivery of the Molonglo Commercial Centre … could not be met.”

Molonglo Valley Community Forum Convenor Ryan Hemsley said this meant the government could still take up the EDP option and meet its promise to the Molonglo community.

“We are actually pleased with this revelation as it means the two-year delay to the Commercial Centre is not necessarily set in stone,” Mr Hemsley said.

“We urge the ACT Government to proceed with the estate development plan process as a matter of urgency and deliver this important commercial, community and retail hub in a timelier manner.” 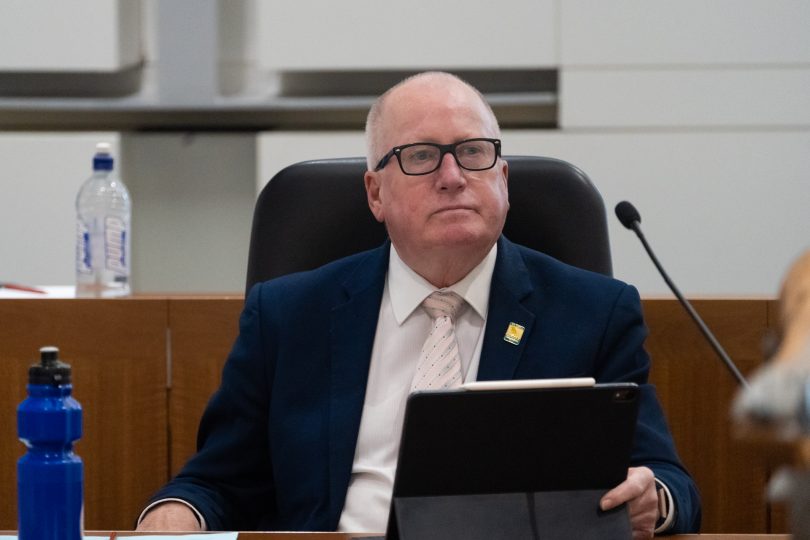 This week, the forum has written to Mr Gentleman urging the government to progress the EDP as a matter of urgency.

“The Forum is committed to working with your office, the Directorate and the Suburban Land Agency to provide community input and engagement in the development of this EDP,” the letter says.

“We believe that consultation can occur as a rolling process, and we hope to support the ACT Government in these matters over the course of 2022.”

READ ALSO: The Big Breakfast: choose your own adventure at Assembly (and bring another plate)

The AT Adams Consulting report, dated 15 July 2021, says public expectations for a speedy process that will deliver a quality centre are high after the slow pace of development of the Coombs centre and increasing pressure on Cooleman Court in nearby Weston.

It says that with the Molonglo and North Weston Structure Plan in place there is no impediment to proceeding to finalise detailed planning and design for the commercial centre and adjacent residential and community land, which will allow the release of sites for development.

“The preparation of a concept plan is not a mandatory requirement of the Planning and Development Act. Several examples exist where planning and development have proceeded without a concept plan; these include Whitlam and Taylor, and the proposed high school at Kenny,” the report says.

Any necessary rezoning could be achieved through a technical amendment to the Territory Plan through the EDP process.

READ ALSO: It’s ‘Freedom Day’ for Grandma and her family as the COVID-19 saga comes to an end

Last month, the Canberra Liberals raised the land release delay in the Legislative Assembly, with Murrumbidgee MLA Giulia Jones calling on the government to table the Molonglo Group Centre and Surrounds Planning Framework and provide a start date for construction of the commercial centre.

That motion was amended to update the Assembly by the last sitting day in December on when development of the Molonglo commercial centre is intended and outline plans for community consultation.

The forum told Mr Gentleman it looked forward to receiving more information and documentation about the Molonglo Group Centre then as promised.

As always a sign that government cannot commit to their long term strategies and planning. To turn around 10 years later and state “we need to consult” after its already made clear the Valley needs available access to commercial premises to cater for the drastically expanding population of the Molonglo Community, is political blindsiding

It’s no surprise that the Planning Minister has attempted to deceive the Canberra community, but it is concerning that the Labor-Greens MLAs representing the Molonglo Valley have not stood up for their community. Chris Steel, Marissa Paterson and Emma Davidson have forgotten their duty to their constituents. No-one expected infrastructure to be in place from day one, but after nearly ten years, services are well overdue. If Steel, Paterson and Davidson can’t do the right thing for the Molonglo Valley, they should resign.