Folau Fainga’a bringing Wallabies confidence back to the Brumbies fold 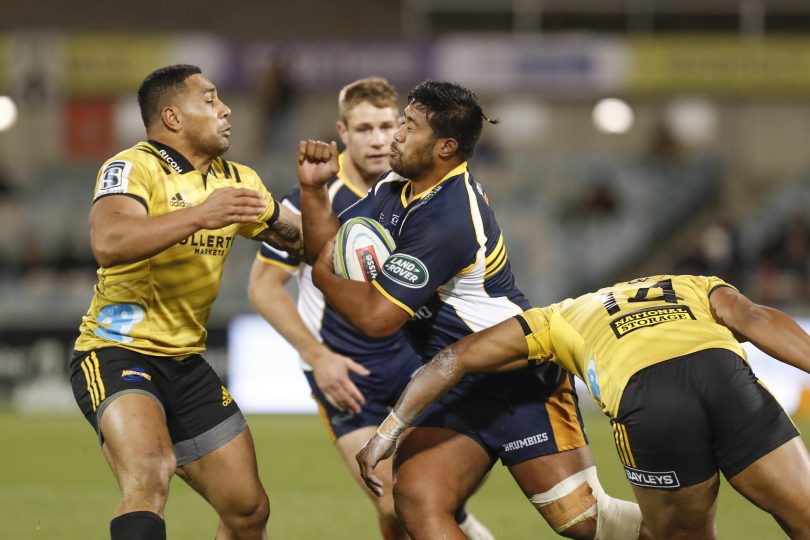 Folau Fainga’a led from the front during the Brumbies 24-12 win over the Hurricanes at GIO Stadium. Photo: Photox – Canberra Photography Services.

Folau Fainga’a has brought his belief and confidence from being in the Wallabies camp back to the Brumbies side aiming to make the finals for the sixth season in a row.

The 23-year-old is hoping his experience learning from some of Australia’s best rugby players will help the Brumbies’ young forward pack dominate their Kiwi rivals on Saturday afternoon.

While Fainga’a didn’t get any minutes in the green and gold jersey during the Wallabies’ series against Ireland, he believes the experience he received from being around the Australian set-up will help him lead the Brumbies forwards against the Chiefs in a must-win clash in Hamilton.

When asked if he thought he had returned from Wallaby camp a better player, the young rake said he had definitely come back with more belief in his own ability.

“I would say I have got more confidence now, with the blokes that were around me in Wallaby camp and I have come back here and have taken on board what I learn from the camp,” Fainga’a said.

“I learnt to be composed and to just be myself out there on the field.” 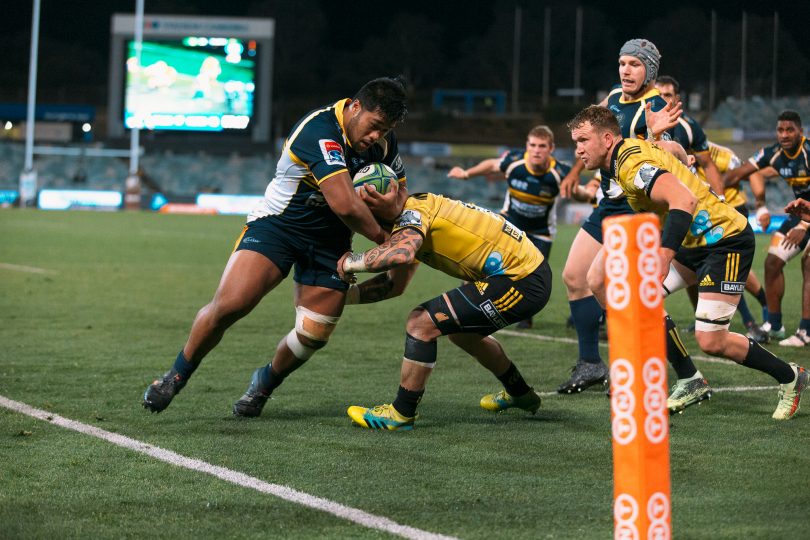 Folau Fainga’a in action during the Brumbies 24-12 win over the Hurricanes at GIO Stadium. Photo: Photox – Canberra Photography Services.

Fainga’a has been exceptional for the Brumbies in his debut season, carrying an enormous workload after Josh Mann-Rea suffered a season-ending injury earlier this year.

The young hooker had to stand up again and help lead the scrum on Saturday night after Scott Sio left the field with a suspected shoulder injury, but Fainga’a said it was all down to the team’s effort.

“I have got eight blokes around me and we are all leaders in that pack. Having all those boys around me helps,” he said.

“We are a young group and we have been working on our setpiece since day one. The second half was better from us, and we did work today on our setpiece so, hopefully, we will go over to New Zealand and do a job on them.”

The Brumbies ended their losing streak against Trans-Tasman opposition with a win over the Hurricanes at GIO Stadium on the weekend. The ACT side must win their remaining games against the Chiefs and the Waratahs away from home, and pray results to go their way, to have any chance of making the finals.

“The finals are always in the back of our minds, but we are taking it week by week and just preparing ourselves well for these next couple of games and finishing the season on a high note,” Fainga’a said.

“Last week the message was about playing with no fear, and you could see on the weekend, all the boys played with no fear.”