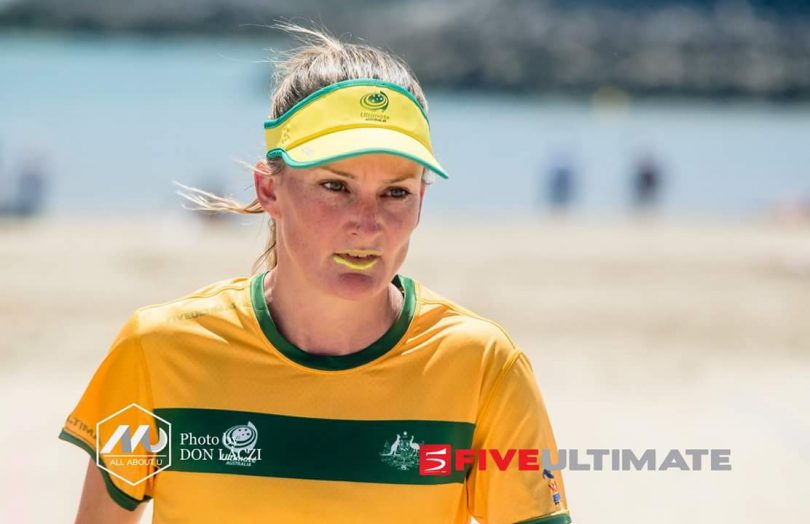 Ellie Seckold captured in green and gold while competing at the Ultimate Frisbee European Championship in Royan, France in 2017. Photos: Supplied.

Her years of throwing javelin and playing netball, basketball and “a bit of touch footy” have led Ellie Seckold to her favourite sport – Ultimate Frisbee.

“Ultimate is so addictive,” laughs Seckold, who is now based in Melbourne. “It’s said to be a combination of netball, soccer, and gridiron [American football] but the coolest thing about the sport is how it’s scored and that it’s self-refereed, even at the highest level.”

Seckold played for Australia in the Ultimate championships in Royan, France in 2017, where her team was awarded a bronze medal. She has also been selected to play in the European Championships, held in Portugal in May this year, followed closely by the Asia Oceanic Championships in Japan in June.

“Ultimate is different from other sports in that the scoring is based partly on points scored and partly on the ‘spirit score,’ where each team rates their competitors on things like positive attitude and self-control,” says Seckold. 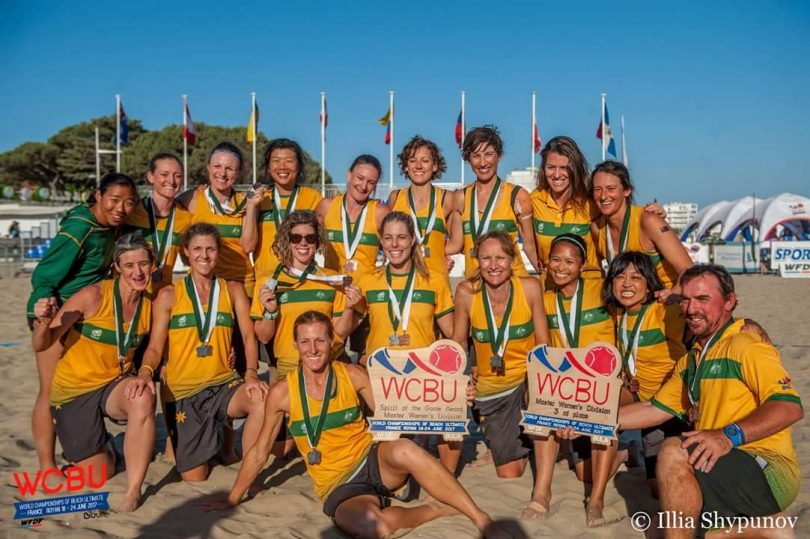 Ellie Seckold [centre of back row] with the Australian women’s team in Royan, France in 2017.

Lacking a referee at a world championship level means “knowing the rules inside out,” says Seckold, adding that there is a protocol for settling disputes where each team has the chance to agree or respond to a decision.

This means that being a good communicator and a team player in Ultimate frisbee is just as important as physical conditioning and skills, says Seckold.

“There’s a branch of Ultimate called ‘Ultimate Peace,’ which teaches the sport in areas with high conflict, such as the middle east,” says Seckold. “Having to agree on where points are scored brings people together, plus you need very little equipment to play – a disc and a few drink bottles to mark the endzone.” 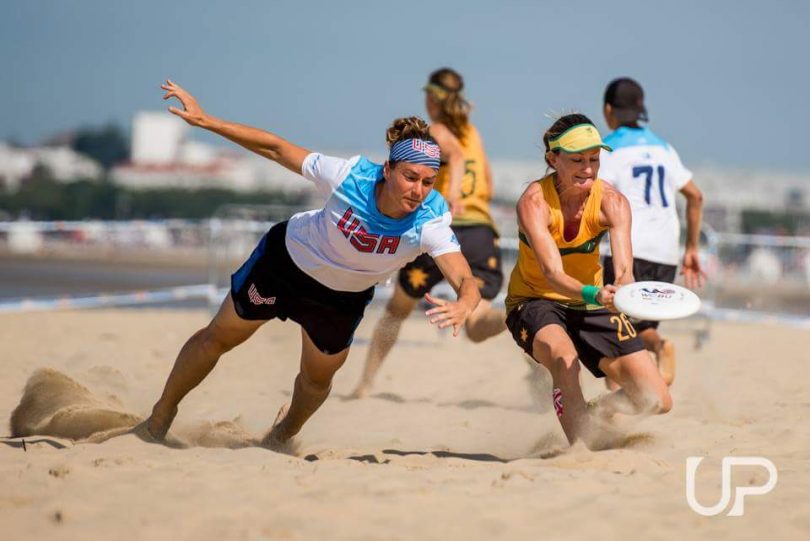 Ellie Seckold, on right, will play Ultimate for Australia in Portugal in May and Japan in June.

Ultimate is played on both grass and sand – Seckold plays both but says she prefers playing on sand, “especially as I get older, it’s nicer on the body and means I don’t have to deal with a swollen knee after training!”

Although she came to the sport late in life in comparison to her teammates [Seckold began playing at 26] Seckold has fast-tracked to a high level, drawn into the tight Ultimate community and camaraderie.

Ultimate is unique in that the sport is played in both gender-segregated and mixed teams – Seckold has played for both.

“Ultimate is so much fun,” she says “but it’s also a fast, serious game and Ultimate players are true athletes.” 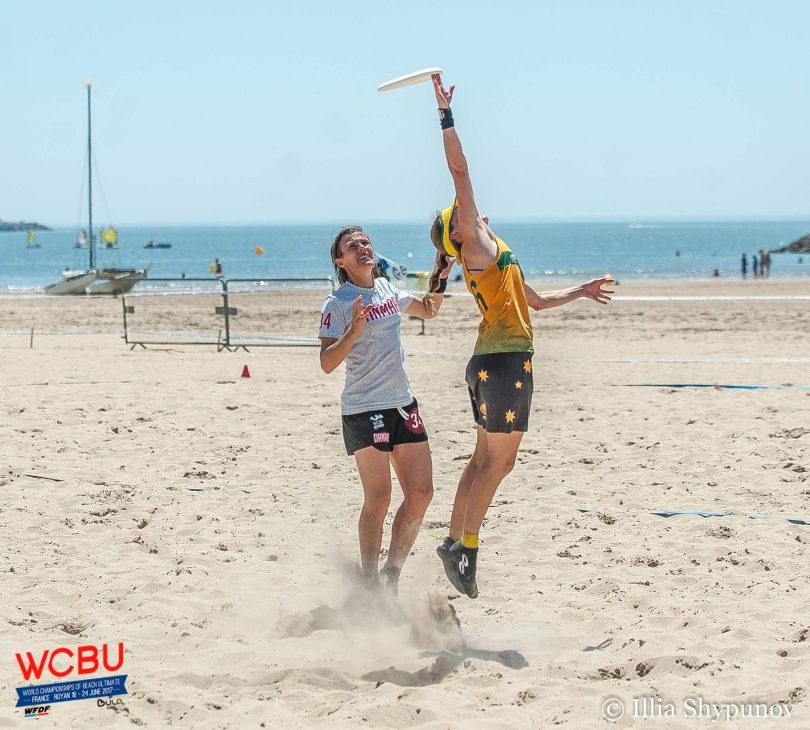 Seckold, on right, trains for about six months to compete in international championships.

Seckold trains hard for six to seven months before competing in international championships but still enjoys a casual game on the beach – so much that she has begun holding beach tournaments for beginners on Melbourne Bay, the first on New Years Day this year and the second on Australia Day.

“They’ve been really successful, with about 35 people turning up,” Seckold says. “But my dream one day would be to do the same thing around Bega. We’ve got the most beautiful beaches!”

Christopher Cuba Rabanal - 29 minutes ago
How about a six day week with every Sunday shut. Where everything is closed in a Sunday Sunday is family Day ?... View
Valerie Foster - 3 hours ago
Been talking about that for years. View
News 122

Sue Sutton - 48 minutes ago
What about Forrest? Surely the median is higher than Griffith etc. Maybe there are not enough properties sold🤔... View
Alex Troy Elsworth Adkins - 1 hour ago
Mat Kenna but Griffith, Red Hill, Yarralumla etc... weren't until now? Yeah right... View
Mat Kenna - 2 hours ago
Alex Troy Elsworth Adkins it's the new additions, Forrest has been in the list for about 10 years. View
News 9

Colin Ball - 50 minutes ago
Why do they get game consoles?it's meant to be a place for punishment not reward, what about the people who have worked hard,... View
Steve Whan - 2 hours ago
Just curious, do instigators of damage have their terms effected due to vandalism caused? I dont know. Just curious. View
Inca Serrated - 4 hours ago
Not a single mention of the conditions that prisoners are living in... Lockdowns, no family contact for over a year, no meani... View
Community 37

Not that long ago, my partner and I were part of the teeming masses of young people trying to get...
News 122