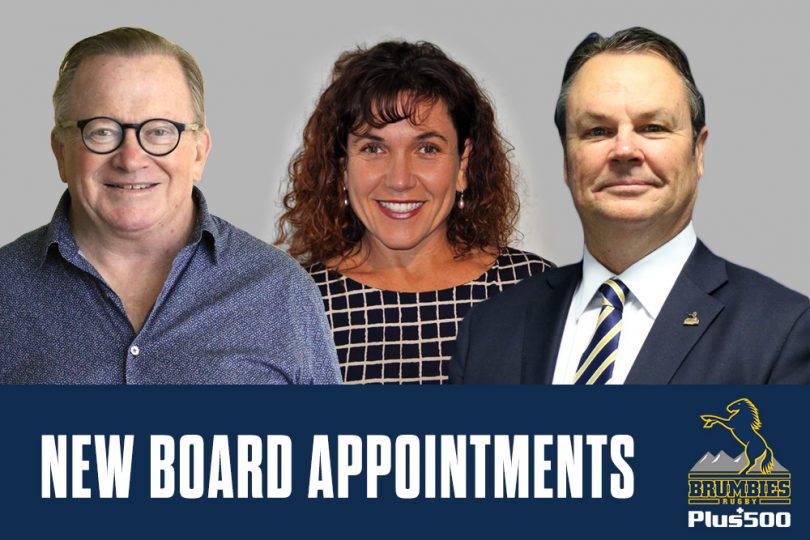 Former Brumbies chairman Rob Kennedy has ended his official twenty-year association with rugby in the ACT and with the Brumbies Super Rugby team, after he resigned from the Brumbies’ board.

Mr Kennedy was at the helm of the Brumbies Board through a tricky period in its history and steered the club through this to emerge in a better place.

Plus500 Brumbies Chairman Phil Thomson said the club was indebted to Mr Kennedy and thanked him for his service to the club, and the game of rugby, for such a sustained amount of time.

“I would like to thank Rob for his contributions to the Brumbies and ACT Rugby over the last twenty years,” Mr Thomson said.

“As Chairman and Director over the last three years, Rob committed an extraordinary amount of time and energy to guide the organisation through some very challenging times.

“The position that the organisation is in today, and the stability and the respect that the Brumbies have, is due to the work that Rob has undertaken over the last couple of years.”

The Plus500 Brumbies officially welcomed two new board members with the addition of David Kenyon and Vikki Fischer who were appointed new directors.

“We are delighted to welcome both David and Vikki onto the Board of Directors and I am looking forward to working with them,” Mr Thomson said.

“Both David and Vikki will bring a wealth of knowledge and business experience to the Board as well as a passion for the game of rugby and the region. The appointments continue our commitment to the ongoing development of a strong skills-based Board and I am sure that the addition of the pair will be a great success.”

Vikki Fischer has been actively involved in local rugby since her introduction to the game in the early 1990’s at the Australian National University. She has enjoyed many rugby coaching and development roles including with the Gungahlin Eagles (formerly Daramalan) women’s, Uni-Norths Owls juniors and the ACT Women Brumbies.

With her fellow ANU front-row forward and business associate, Genevieve Job, Vikki brought ‘Rugbytots’ to Canberra, providing parents and young children with a great introduction to rugby and involvement in the wonderful Canberra rugby community.

David Kenyon is a prominent Canberra businessman with a diverse range of business interests throughout Australia. His many past and present directorships have ranged across business, philanthropy, community and charitable bodies.

David is a long-term member of the Brumbies and a keen follower of rugby at all levels having previously played the game and, over some years, successfully coached junior rugby teams.

Rob Quarmby - 39 minutes ago
Most I’ve ever seen around my area this year hadn’t seen them for a long time before this... View
Daniel Palmer - 2 hours ago
Minus the fires, has me stumped why. View
The Garden, botanicus perfectus - 5 hours ago
Ann Gottaas View
Lifestyle 16

phydeaux - 8 hours ago
Rather my point, JS9. “…without qualification”. With significantly different individual circumstances, to give an answe... View
Kathy Blunden - 9 hours ago
I was also totally shocked with my electricity bill. It is the highest bill I have ever received and I have solar panels!!!... View
JS9 - 9 hours ago
It is a weighted average across a range of plans - so it means some will go up more, some go up less. Over the basket of plan... View
News 12