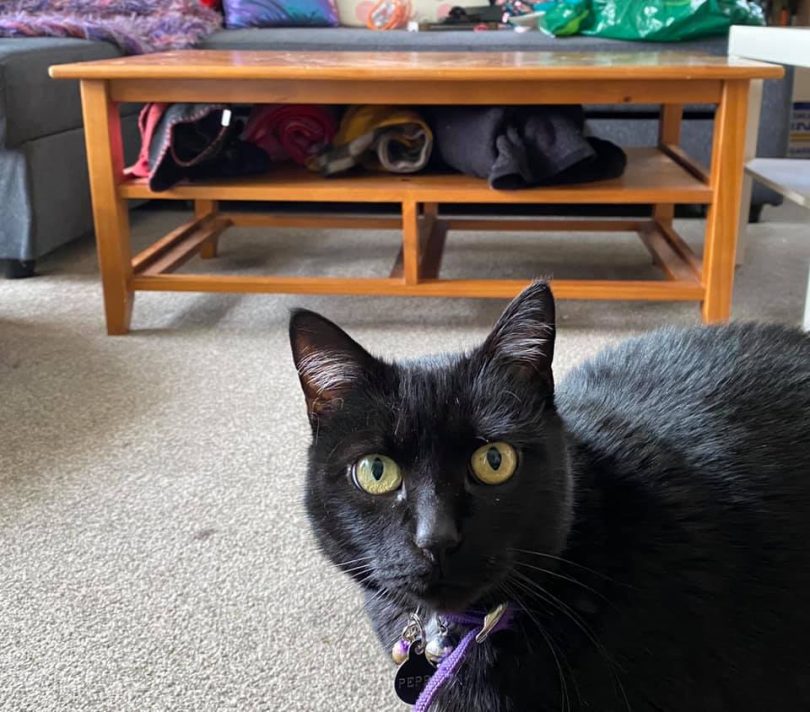 A coffee table* advertised via the Buy Nothing At All group (*cat not included). Photo: Buy Nothing Facebook.

Next time you find a loaf of bread that’s turned mouldy or you discover your strawberries have turned into a science experiment, stop. Don’t throw them out. There’s a marketplace for them. The Buy Nothing At All group on Facebook.

Another suggestion for mouldy bread follows: “I also asked for some mouldy bread after I had broken a glass. Bread is great for mopping up little shards of glass. I didn’t want to waste fresh bread, so I asked for mouldy.”

Welcome to the world of Buy Nothing At All, a breakaway group from the worldwide Buy Nothing Project, the latter of which boasts more than one million members in 30 countries and more than 5300 volunteer admins worldwide.

The Buy Nothing At All group is growing faster than mouldy bread, but there’s nothing stale about the idea based around bartering and finding a home for that item cluttering your home (or fridge).

In Canberra and Queanbeyan, there are 29 Buy Nothing chapters that connect people in their neighbourhood with helpful items and advice. In contrast, Sydney has 15.

Buy Nothing At All Canberra/Queanbeyan administrator Chris Mordd Richards told Region Media the group began in May 2016 by taking an existing group of 700 members and renaming it along with establishing new rules for the group to match the new focus.

Chris says the group broke away from the official Buy Nothing network, partly in response to photos of overflowing charity bins and dumped items, but also because he thought it could be done better. 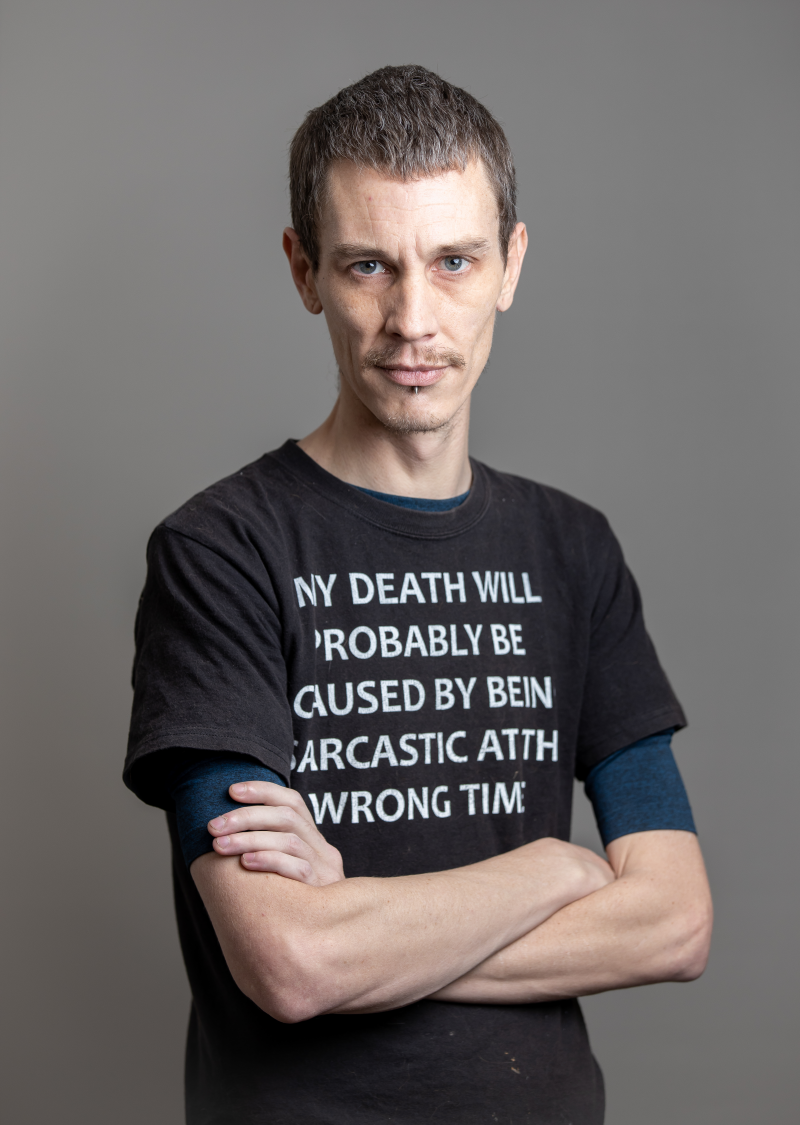 Chris said the reason the name changed to ‘Buy Nothing At All’ instead of just ‘Buy Nothing’ came when he was contacted by someone claiming to be the founder of the Buy Nothing organisation.

“They threatened all kinds of legal nonsense against me using their name, despite them having no trademark protection on the name in Australia at the very least.

“I was assured that all their threats against me were without merit or even legally possible, given they were in America and I was in Australia. However, out of prudence, I changed the name, just to distance myself that much further from the official organisation.”

Chris said the new group took off and he soon had requests to add Queanbeyan and Sutton to the mix as they had nothing like the group.

“Thus it expanded from Buy Nothing Canberra at the time to Buy Nothing At All Canberra/Queanbeyan,” Chris said.

“We have a very unique set of rules for the group: a strict no business or other advertising policy, no off-topic posts and we don’t allow loan requests as the membership has voted against it multiple times now in group polls.”

The Buy Nothing At All Canberra/Queanbeyan group now boasts more than 6000 members and continues to grow.

“I see my role as shepherd of the flock, not the king on top of his castle. I am there to keep the members safe and the sheep on track, but what the members want also factors in strongly at all times to how things are done,” says Chris.

From cups to casserole dishes, to chairs, lounges, books and antique pianos, Chris says there is always a home for people to treasure an item someone else would trash.

“We are proud to be Canberrans’ first port of call to give away items or seek items they need, across a very wide range of items traded through the group since its beginning.

“I have witnessed items worth multiple thousands of dollars gifted in a single trade, and in accumulation across multiple items in a single day. It is great to see so many items in good quality finding a new home without going to the dump or being left on the side of a road somewhere.”

To get involved, visit Buy Nothing At All.

This article seems rather confused. The official organisation with (now 33) groups across Canberra and 19 in Sydney is the Buy Nothing Project. As Chris Mordd explains, Buy Nothing At All is his own rebranded group. Buy Nothing groups are deliberately limited in size and geographic area as they aim to build community and trust just as much as to pass on unneeded goods. The ultimate aim is to have a group for every suburb, where everyone knows their neighbours.

Rollersk8r1 - 13 minutes ago
Quite happy as a GWS member. In normal times it’s an ideal arrangement. Four games a year at Manuka (1 pre-season), plus AF... View
Ben Jones - 2 hours ago
No one will go apart from the die hard fans. Until they start winning and the whole of the ACT become fans overnight. View
Opinion 197

David John Hourigan - 17 minutes ago
John Slow too many round abouts...! View
Matthew Robinson - 10 hours ago
Would be great but no way the government would support it. View
Opinion 20

Julie Macklin - 7 hours ago
Elizabeth Ann Thurbon Not unique to Australia. I've arrived at towns and cities in Europe and found the station wasn't in the... View
Yvoir Hingee - 7 hours ago
A joke. I last used it twice once in the 1950s and once in the 1960s, and the experience was so bad I promised myself never t... View
Julie Macklin - 8 hours ago
Anura Samara It's not in the middle of "nowhere" for people who live in the local apartments, such as the Kingston Foreshore,... View
Community 12

Acton - 9 hours ago
"Chief Minister Andrew Barr said he accepted that having no deaths may not be possible" Of course it is not possible to have... View
Mike Diy - 10 hours ago
How dare he be a competent politician. What kind of example will this be for others? View
kenbehrens - 10 hours ago
Sam, did you recently hear of the local Covid positive female who was charged drink driving? In addition to not isolating, sh... View
Breaking 86

Wini Harrison - 9 hours ago
I was too bizzy watching movies. View
Julie Macklin - 10 hours ago
Of interest, I found this reference to an early earthquake in Melbourne. Apparently in March 1837 Governor Bourke paid a visi... View
Robyn Patricia Walter - 11 hours ago
I thought “geez that garbage truck is coming down the street a bit too fast”. It was a few minutes later when there was n... View
show more show less
*Results are based on activity within last 7 days

@The_RiotACT @The_RiotACT
After 40-odd days of #lockdown, the novelty has worn off and many of us are struggling to maintain the lockdown behaviours we were once diligent about. Zoya Patel asks, are we becoming too complacent about the #COVID rules as lockdown progresses? https://t.co/ilgv6BzSgO (38 minutes ago)