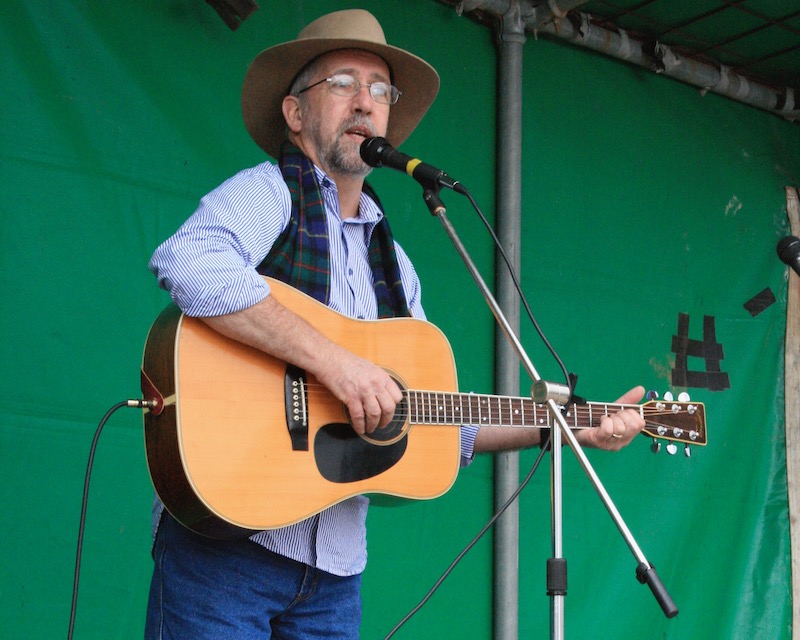 As a folk musician, Ron McLaughlin’s star shot into the air like a rocket and shone brightly with promise, then faded. In its wake came a fulfilling teaching career and contentment many of us dream about.

Aged in his early 20s, in Sydney, Ron chose to set aside teaching to focus on playing bass guitar and singing. The burgeoning folk music scene had completely captured him, and while studying at university he regularly performed at Three Floors Down at the YMCA basement, where he met singer John Currie.

Originally from Belfast, Northern Ireland, John climbed to the top of the Sydney folk scene in the early 1970s and released an album, Four Maries, on which Ron played. It became a minor hit.

From there, Ron and John were regulars on weekly ABC television show, Sit Yourself Down, which featured other accomplished folk musicians Marian Henderson, Jeannie Lewis and ‘song and dance man’ Mike McClellan.

Growing up in Sydney, music filled his life from the moment his mother, Daphne, played piano before he drifted to guitar when the 1960s were awash with talented rock and folk musicians. Ron’s father was an English, history and mathematics teacher, who gave his children an ideal introduction to biology when he took them up and down the east coast of Australia – as far as Queensland – collecting insects, beetles and butterflies.

Ron and schoolmate Don Hopkins, who lived nearby, combined their first names to form The Dronalds, and presented concerts for their classmates.

“I had fond memories all through my high school years playing in bands with different combinations of people,” says Ron. “In those days, shows were on all the time. You would go to school halls or the local town halls and all the local rock bands would play for an hour and move on to the next venue and play for another hour. We had lots of opportunities then.” 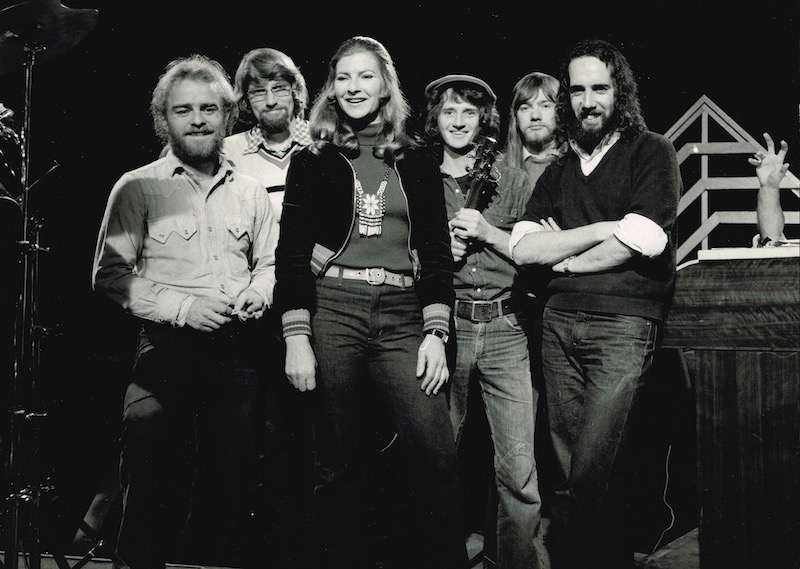 Ron McLaughlin (far right) with a band of fellow musicians who regularly appeared on ABC television show Sit Yourself Down. Photo: Supplied.

When Ron was in his early 20s – with his head full of Pete Seegar, Bob Dylan and the Beatles – he finished university. He was playing everywhere, sometimes two or three concerts a day around Sydney schools, and on Friday and Saturday nights in bands.

He knocked back his first teaching post in the northern Sydney suburb of Castle Hill to get serious about music.

“I was working with a promoter, Cliff Atkinson, and thanks to work with the ABC and Atkinson promoting bands from overseas with local musicians to do support, I ended up in the Sydney Opera House,” says Ron.

Roy Orbison was performing in the Opera House’s Concert Hall.

“It was a wonderful experience,” says Ron. “To sit virtually onstage and watch Roy and his band was absolutely fabulous. In that time I was fortunate to tour as a support for English folk rock musicians Steeleye Span and Fairport Convention, who were well known with a big following in Australia.”

Energy and inspiration from the bigger audiences lifted Ron’s performances even higher.

“Certainly playing with other good musicians is a wonderful thing,” he says. “You get a real buzz from being in a band or a group where you are feeding off each other. It is one of the loves of music, I think.”

The prospect of bigger crowds suddenly appeared when Ron’s group was invited to tour the US. However, one problem after another caused the cancellation of the tour. That left him having to choose either music or teaching.

“I think I realised the music industry – particularly with my background and training – was probably going to be a fairly insecure industry,” he says. 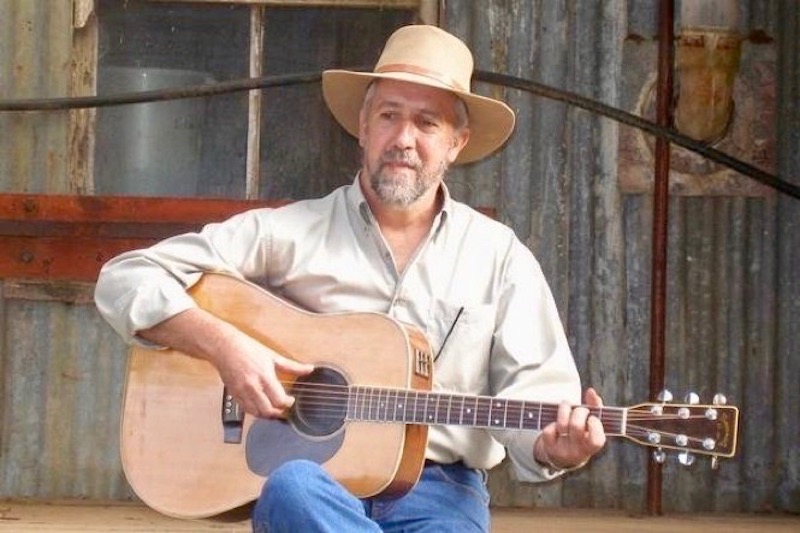 Travelling into the bush and writing songs, Ron McLaughlin tried his hand at busking and hot a lot of fun. Photo: Supplied.

Meanwhile, the Castle Hill teaching appointment had lapsed. Out of work, Ron found a job in Goulburn at Marian College. He and his girlfriend, Christine, married a week before they came to Goulburn.

“I have no regrets,” he says. “I think I made the right decision in the end. I have had a lot of fun playing music, a lot of extraordinary experiences, and a good career with teaching. It paid the bills.”

Ron taught on the junior campus at Marian College, then at Mulwaree High School. In more recent times, he teamed up with drummer Geoff Bell and renowned saxophone player Steve O’Connell, dabbled in songwriting, and nurturing musicians at the Goulburn Club.

He’ll pick up a bass or acoustic guitar, the Anglo concertina, or maybe an Irish whistle, mandolin or ukulele, and this bewhiskered balladeer becomes a study of cool contentedness.

“I’m not interested in being the rock star I never was and never will be, just sharing a love of music with likeminded people,” he says. 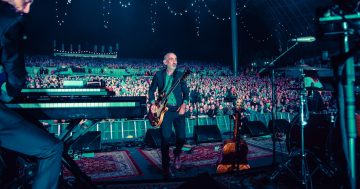