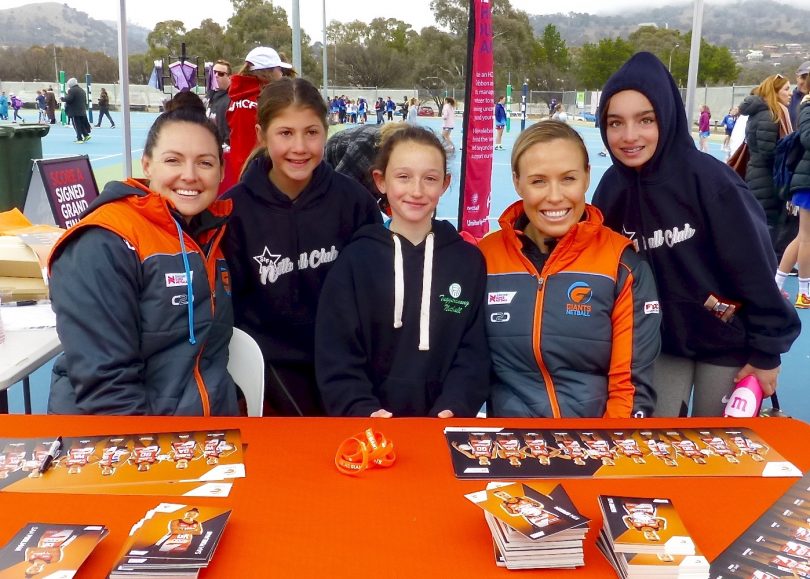 ACT Giants Sam Poolman (left) and Kim Green with the next generation of netballers, Lucille Gregory, Carissa May and Tayla Lewis at the Calwell Netball Courts on Saturday morning. Photos: Michael Weaver.

The Giants Netball side not only cemented a top-four spot in the Super Netball competition with a win over the Queensland Firebirds at the AIS Arena on Sunday, but also made their presence felt with the next generation of netballers in Canberra.

The game was a sell-out well before the Giants took to the court for their only match in Canberra this season, with many players having just returned from the Netball World Cup in England.

The team was also active in the community across the weekend in the lead up to the game, with players visiting netball clubs across the ACT, giving young netballers an opportunity to meet their favourite players.

One of those was Tuggeranong netballer Lilly Vassallo, who made sure she didn’t miss the opportunity to meet her idol, Giants captain and two-time Netball World Cup gold medallist, Kim Green.

Lilly brought along a framed photo board featuring the two from five years ago that Green took pleasure in signing once again. 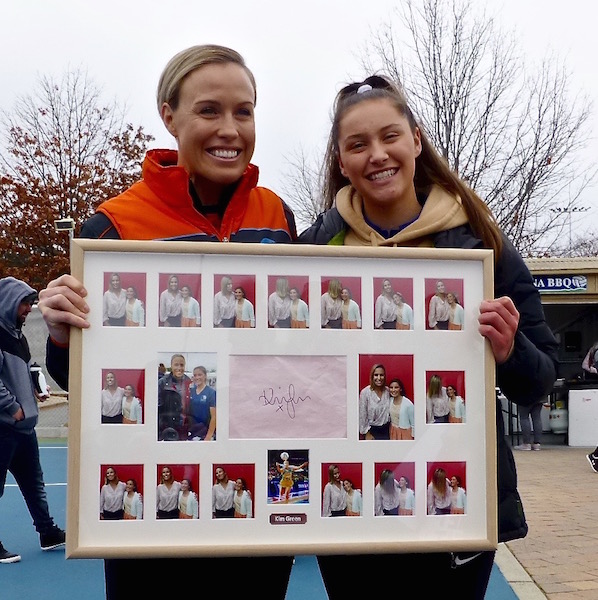 Lilly Vassallo from Tuggeranong with her netball idol and Giants Netball team captain Kim Green at Calwell on Saturday morning.

Green said the weekend was a great opportunity to meet the Canberra netball community.

“We absolutely love it here. We’ve won all of our games in Canberra so far and the community really gets behind us here,” Green told Region Media.

“We love getting out and amongst the community, as this is where we grew up and this is what we did when we were just starting out in netball, and to come back to the grassroots of the sport is really important for us.

“It’s crucial we keep developing these pathways for women in sport and you can see there’s a real push for it in a number of sports at the moment.”

Green said it was always inspiring to see so many young faces braving the colder weather on a Saturday morning.

“It’s really cool to see that netball is definitely growing and we can keep getting bigger and better. The more we can contribute to that is really important for these young players to see that there is a pathway to becoming an elite player these days. It’s something that we’ve worked really hard on and we hope that maybe one day, it’s something these girls here can take on with two hands.”

Giants’ goalkeeper Sam Poolman said it is a fantastic time to be involved as an elite netballer and she was keen to share her knowledge with the younger players who are aspiring to be the next Canberra Giants or NSW Swifts players.

“Netball is the most participated sport for women in Australia and we’re really proud of that, so it’s a great chance for the young players to get to know us and ask lots of questions,” Poolman said.

“We just encourage young girls to have a go as there’s no better way to be active and play a sport that you are passionate about with your friends. That’s the reason I started playing netball and why I have a love for the sport. I always enjoyed running around on a Saturday morning with my friends.”

“Competition is strong here with league and soccer, so this was just a really great way for them to see what is possible,” Vergano said.

At the AIS on Sunday, both teams crashed and bashed their way to a 63-57 Giants win that leaves the Giants entrenched in the top four.

A 21-12 third quarter from the Giants was the difference, with Firebirds star Gretel Tippett suffering a suspected broken nose and defender Kim Jenner being penalised 32 times, the most of any Super Netball player this season.

The Firebirds won the final quarter 16-14, but with Caitlin Bassett (30/32) and MVP Jo Harten (33/39) continuing to share the load, they did enough to hang on for an important win that sees them maintain their spot in the top four. A crucial round 12 clash now beckons against the Sunshine Coast Lightning. 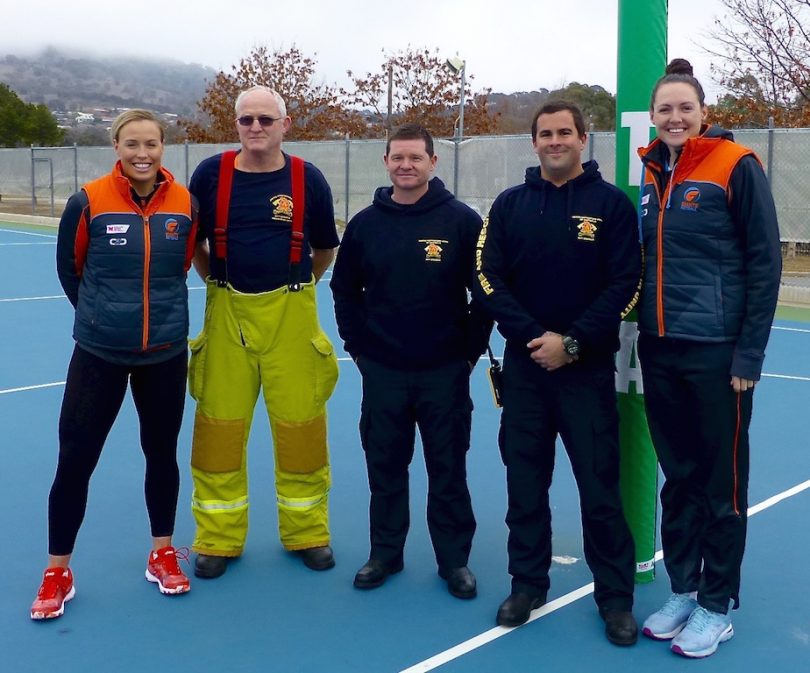 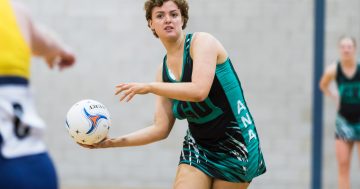 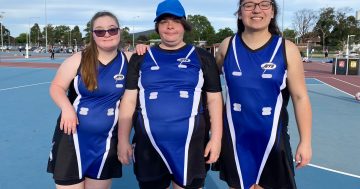