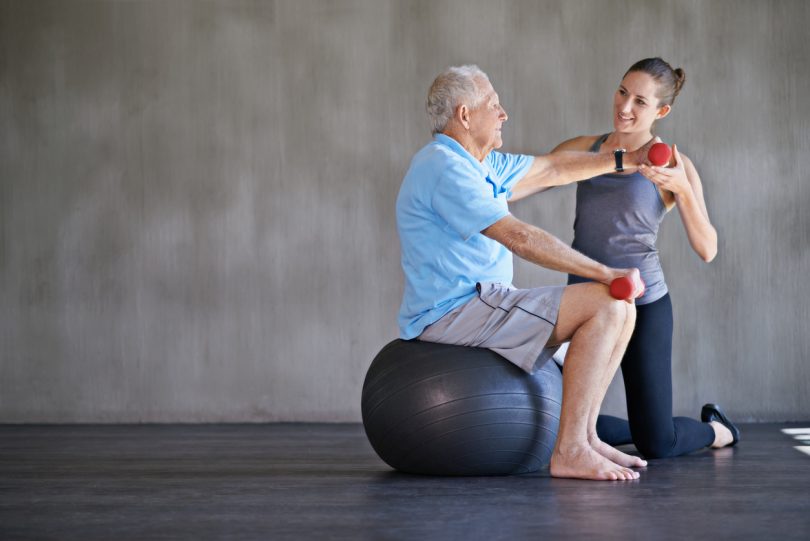 A long and happy life: Canberrans are estimated to have the longest life expectancy nationwide.

Canberrans can look forward to living on average about a year longer than their fellow Australians, with new figures showing the ACT has the highest life expectancy for both men and women in the country.

The Australian Bureau of Statistics said that life expectancy for men in the ACT was 81.3 years, compared with the national figure of 80.4, while for women it was 85.2 compared with 84.6 nationally.

ABS Director of Demography Beidar Cho said that nationally life expectancy for women was at a record high, increasing to 84.6 years in 2016 and was now the sixth highest in the world, with Japan topping the list with 86.4 years.

A decade earlier Australian men were looking at 78.7 years, while female life expectancy was 83.5

The Northern Territory, with its high Indigenous population, had the lowest life expectancy for both males (75.6 years) and females (78.7 years).

Tasmanian men, however, had a life expectancy of 78.8 years.

Earlier in this 125-year period, infants contributed the most to life expectancy improvements, but more recently this contribution had declined.

“This reflects a major shift in causes of death from infectious diseases to chronic diseases,” Ms Cho said.

The ABS said the gains in life expectancy had been attributed to the decline in deaths from heart disease and lung cancer in males, partly due to improved diet and anti-smoking initiatives, as well as prevention strategies and advanced medical treatment of cardiovascular conditions.

Guy Manton - 2 minutes ago
James Bartholomeuz probably impractical for everyone to live the same lifestyle. View
Fortress Epiphany - 2 minutes ago
A few years ago I was trying to subdivide my really large block in a Belconnen suburb but no way was there any support for do... View
Jose Vega - 4 minutes ago
Lori J Tas obviously these couples worked for their large house so they are entitled to live in it as long as they like so wh... View
Public Sector 3

chewy14 - 30 minutes ago
Capital Retro, You've missed the point. The idea of collocating the charging points at the PV/Battery sites is for efficiency... View
Capital Retro - 1 hour ago
What about the 100% renewables/emissions free government buys up all the abandoned service stations in the territory and conv... View
Food & Wine 12

Kevin Hodder - 9 hours ago
Rent, rates, stamp duty, taxes, work cover compliance ect and every thing else the act gov stings you! just so you can open t... View
Acton - 12 hours ago
Another stunning achievement for the incompetent Greens/Labor ACT government. Along with the highest rates increases, the lon... View
Property 6

Matthew Beale - 9 hours ago
Sarah Young sadly it comes down to being able to buy in only very outer suburbs, if you have a deposit. It is a seller's mark... View
Sarah Young - 10 hours ago
Robert Chisholm it’s crazy, I think they should do a 1 house rule at the moment, I read something last week about buying an... View
Robert Chisholm - 12 hours ago
Are the ones winning the auctions developers, property portfolio holders using the equity on their other properties or what.... View
What's On 1

For a planned city that is supposed to be a shining light on the hill, Canberra is rotting at its...
Opinion 31

@The_RiotACT @The_RiotACT
Zoya Patel asks whether it's time we sacrificed big blocks in favour of a fairer use of land across the city https://t.co/RNR2DbGIl3 (1 hour ago)

@The_RiotACT @The_RiotACT
Sounds from the Suburbs, indie pop and Romantic Notions - check out what's on in #Canberra this week with our #GigGuide https://t.co/Q17cR5CkAy (10 hours ago)

@The_RiotACT @The_RiotACT
As the art world begins to rear its head again after COVID-19, exhibitions are back on. Catch Belco Arts' latest exhibition featuring two young artists https://t.co/j5T4N9j2Qj (11 hours ago)