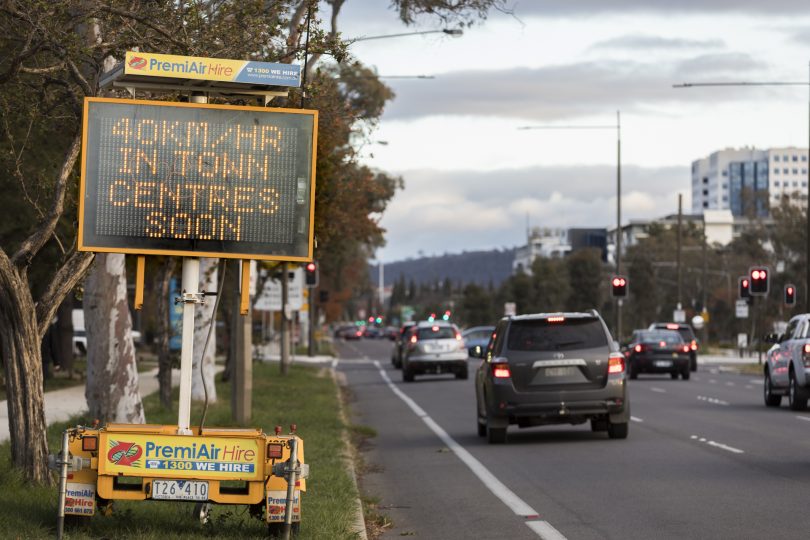 The ACT Government is expanding the number of 40km/h zones in many areas of Canberra. Photo: File.

The fast-paced lifestyle of living in many of Canberra’s central hubs is about to slow down for motorists with the expansion of 40 km/h zones to make business precincts safer in Civic, Braddon and Tuggeranong.

Minister for Transport and City Services Chris Steel said the expansion of the 40 km/h zones was to make the areas safer for people to stop and is a natural evolution of Canberra’s growing business precincts.

Work to complete the expanded 40 km/h zones is expected to be completed by the end of March in Civic, Braddon and Tuggeranong. A new 40km/h precinct will also be developed in the Kingston Foreshore area.

Works to expand 40 km/h speed limits in the Belconnen Town Centre area have been completed following requests from sections of the business community. 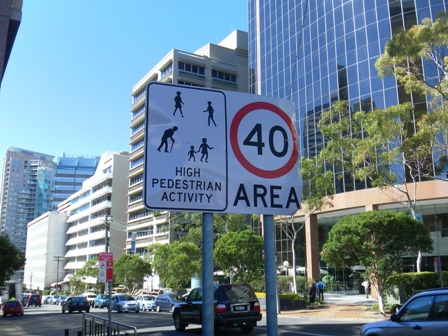 Mr Steel said the decision to expand the 40km/h zones further was important due to the increased level of foot traffic in those areas, while acknowledging their dual function as places for both transport and people.

“As Canberra has grown, more streets have evolved to be not only places to move through, but also places for people to stop and spend time. The speed limit in these areas needs to reflect this functional evolution,” Mr Steel said.

“For example, the City and Braddon has changed remarkably in the past decade to become hubs for dining, cultural events, residents and public transport, with large numbers of people crossing the road to access the Alinga Street Station.

“Reducing speed limits in areas like our city centre, town, group and local centres makes our roads safer for everyone and supports a friendlier environment to walk, cycle and take public transport.

The announcement builds on the implementation of 40 km/h speed limit precincts in all ACT town centres in 2013 and all group centres in 2015 as part of the ACT Transport Strategy‘s Movement and Place framework.

The existing 40km/h zones in the City and Braddon include sections of Barry Drive, Cooyong Street, Northbourne Avenue between McKay Street to Vernon Circle, and a large section of the Braddon commercial precinct.

In Tuggeranong, work has been completed on the expansion of the 40km/h zone to include Anketell Street from Athllon Drive to Pitman Street, a section of Reed Street, and all of Eileen Good Street and Cowlishaw Street. 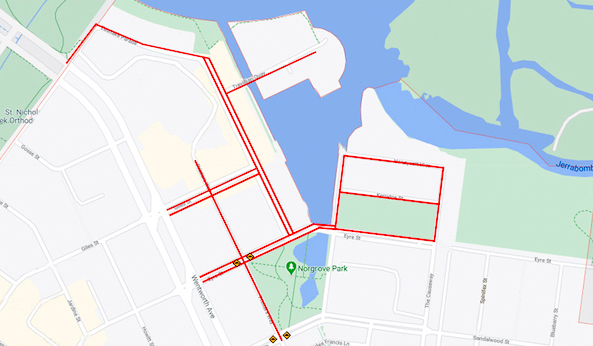 As well as new 40 km/h signage, two sets of speed humps will be installed on the Eyre Street and Dawes Street approaches to Printers Way to reduce speeds through the intersection and further enhance safety for all road users.

Mr Steel said the ACT Government will continue to review the use of 40km/h zones to improve safety as Canberra continues to grow and as the function of the streets change.

More information on 40km/h zones in town and group centres can be found on the City Services website.

What do you call a bunch of Canberran’s all in one place?
A pack of whingers…

Should I be paranoid about hitting someone because I was watching the speedo or getting a ticket for exceeding the limit?

As we’re all squooshed more-together while the ACT grows and finds its ideal density, I admit to feeling squooshed out of the town centres and squooshed into a nightmare daily commute.
All hail, ‘growth’, the our reason for existence and our economic saviour.
Your vote counts.

50km/h would be reasonable in the vicinity group centre shops and major supermarkets where there is a lot of pedestrian activity, or suburb centres and CBD, but 40km/h is overreaching and an example of the Greens influence in Canberra in which inconveniencing vehicular traffic is prioritised purely for the promotion of cycling and public transport ahead of general vehicular traffic, to the detriment of economic activity and family life balance.

Its stupid. Let Darwin do his job.

Given the significant traffic congestion around the Kingston Foreshore the 40km limit is welcome. A lot of extra work is needed as some intersections are at capacity and the Kingston Arts Precinct will only add to that.
Some 40km limits are too blunt an instrument. For example the Sydney Avenue area is fine for 40km during working hours but ridiculous at weekends. Can hours be limited in the same way school zones are?

About time Chris Steele listens to the experts.

Have to agree on Erindale, last few times I’ve been there both the main car park and the parking near the restaurant area was totally full.

As for the speed, even the buses and ACT Government plated cars don’t obey the road signs or do the speed limit.

I was at Macquarie during the week, Jameson to be specific. I hadn’t been there for at least 5 years and I was amazed to find how much it has changed – for the worse.

The high density apartments (with more to come) and lack of access and public parking are contributing to a nightmare for shoppers and residents alike. Vehicles are rushing around looking for a parking spot and they ignore all the stop signs etc.

Bad news for pedestrians – deadly for the elderly. Who in the government allows this to happen?

The 40 km/h in the streets near the shops etc is a good move. Enforcement will need to match it though. Don’t see any enforcement plans, so guess they don’t exist.

Also, presumably the default speed limit will still apply in car parks adjoining? That is 50 km/h. Shouldn’t these be 10 or 20 km/h zones? Anybody else see any issues?

Cary Elliot Johnson My thinking is low risk speed detection activity does not have to be a police function, if they either cannot find enough of them to cover the task or the coppers are unwilling. It could be delegated to City Rangers, Transport Canberra supervisors or even dog catchers.

David Edwards incorrect as far as I can tell. They are a road related area and the default limit applies unless otherwise signposted. Happy to be proven incorrect.

Bill we are both wrong

David Edwards I will add that what the coppers have published does not seem to be supported by the law.

It’s all very good to declare these 40km/h zones but enforcing the limit is something else because it just doesn’t happen.

The zoned area around Erindale shops is a good example. I have never seen a police car monitoring the area and there is also a stop sign there which 9 out of 10 vehicles ignore but I’ve never seen police reaction.

The police are at Erindale shops regularly however, getting a coffee or a snack. Occasionally they book stationery vehicles that are parked incorrectly.

There is nothing mentioned in the article about enforcement either. Mr Steel is deluded thinking that everyone will obey his edict so he doesn’t see the need for enforcement.

Problem of course is if the enforce them then the usual cohort will be on here complaint about revenue raising.

To be honest most of the 40 zones in shopping areas are ignored. Along with the 20km/h shares zone on Bunda Street. Not helped of course by crews putting up 40km/h road works signs on here recently.

By any chance, are you one of Minister Steel’s advisers, JC? 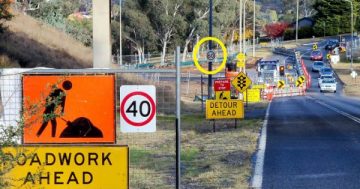 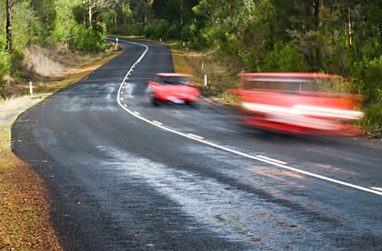 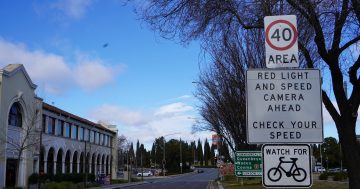