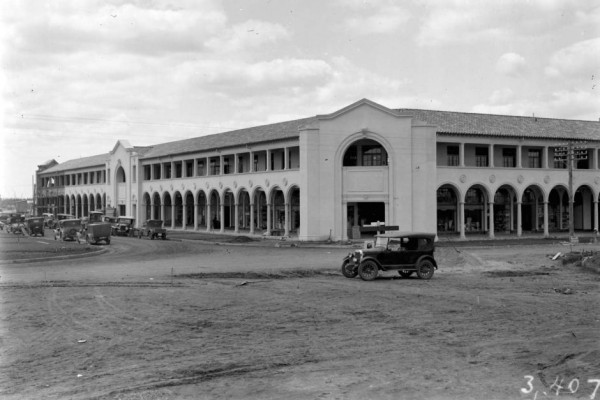 The Greens and the Canberra Liberals have announced additional funding for heritage organisations, with the Greens $900,000 heritage policy including grants to encourage business co-investment in a revamp of Civic’s history Sydney and Melbourne buildings.

The Greens told The Canberra Times on Sunday that they would spend $500,000 on the Sydney and Melbourne building grants as part of their heritage package, which would cost $900,000 in its first year.

The Greens would also provide funding for organisations to help remove a backlog of pending heritage decisions and to examine options for a history and heritage display centre.

The party committed to a $200,000 package to boost staffing levels at the heritage unit of the ACT Environment and Planning Directorate. A further $100,000 would assist non-government organisations such as the Heritage Council.

Shadow Minister for Heritage Alistair Coe said the Liberals would provide $200,000 in funding to heritage organisations.

His party’s commitment included preparing a heritage strategy for Canberra and the region in consultation with stakeholders and the community; implementing a blue plaques scheme to make sites with significance more prominent; providing better resources for people to record their history, including recording kits, introducing a heritage grading of buildings after extensive consultation, ensuring that heritage sites are incorporated into estate plans when new suburbs are planned, and commissioning a heritage app.

Pictured is the Sydney Building in its early years, between 1921 and 1935. Photo: William James Mildenhall/Museum of Australian Democracy

Honestly! How much more can the Labor/Greens government promise before the territory is bankrupt? I’ve seen so many advertised spending efforts to appease almost every interest group possible, but not one document to show how they are going to pay for it all?
If this was a personal loan application from any normal person or business, there would be a section called “income” that has to be verified to make sure that the costs of purchasing all these wonderful things would be covered by some kind of revenue stream. Have the Labor/Green parties made any kind of indication as to what is going to be slashed or what current expenditures are going to be cut back in order to pay for all this “vote buying”? Do we know to what extent our rates are going to climax in order to fund these unwanted and unjustified indulgences?
I am getting very worried for our future, especially if the green energy initiatives are going to be achieved in the next term of government. From the Green Energy website, “An estimate of the cost of GreenPower is around 5-8 cents per KWh more than your current electricity rate, if you elect to purchase 100 per cent GreenPower.”
Seeing that the Labor/Greens will force all of Canberra to be on board with this by 2020, that means a standard residential cost of 16.62 cents/kilowatt hour will [with an additional 7.5%] become 24.12c/kWh. Personally, our own home bill would increase by over $740 a year. As green energy becomes more popular, there is no doubt it will also become more expensive, so that over 40% increase will also be much higher than present. Along with the rates increases, less parking space, increased congestion and these promises to support things that really don’t need money wasted on them there isn’t much to be looking forward to with a Labor government. Can the electorates not see the logic of it all?

Kylie Jay - 18 minutes ago
Megan Chapman took me 40 minutes to get from Queanbeyan West to Tuggeranong on a week day which would normally take 15 on a w... View
consumeradvocatecanberra - 10 hours ago
Most folk don't get it. Canberrans love their cars and have done so for 30 years. It's quick and convenient. But, imagine car... View
Lucy Jane - 11 hours ago
4 day week for everyone but everyone gets a different day off. Will help immensely with traffic congestion and has been trial... View
Opinion 91