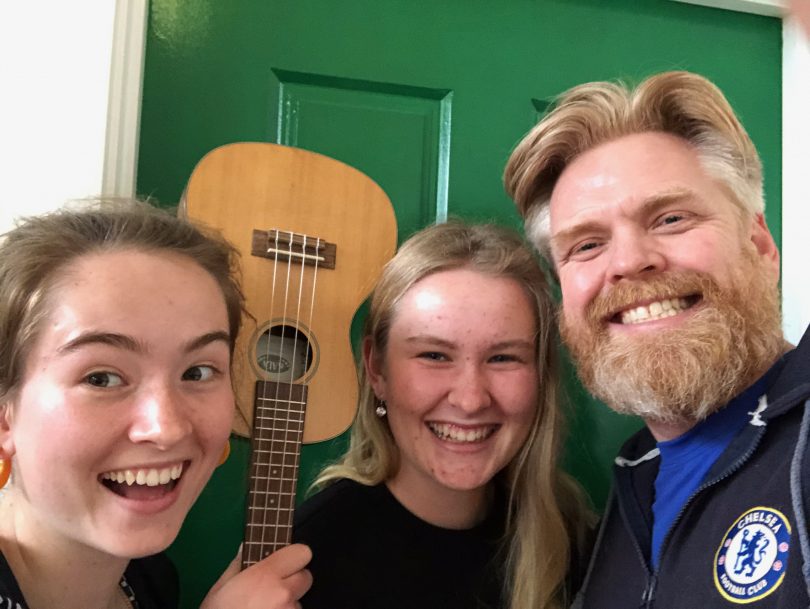 “A family that sings together stays together,” say the Von Blake Singers, who are one of many local acts on the bill for a re-imagined version of the annual Gundaroo Music Festival this Saturday (24 October).

Harold Von Blake is well known for his vocal versings in pub groups and at weddings, while his daughters Niamh and Imogene play multiple instruments and sing at school events.

They sing together, sing along to movies and sing to soundtracks in the car.

They are also a product of the lockdown during the COVID-19 pandemic where Niamh learnt guitar, Imogene got a cajón and Harold kept getting them together to play music.

The festival is going ahead this year as the Gundaroo Music Wedge. Event director Scott Harding says it’s crucial for the momentum of the festival version which began eight years ago in honour of Harding’s good mate and musician Scott Windsor who died from motor neurone disease in 2015.

The event usually attracts more than 2000 people to the Gundaroo Showground and acclaimed acts such as Russell Morris, Moving Pictures, Mental As Anything and The Black Sorrows have headlined. It normally raises tens of thousands of dollars for research into motor neurone disease, for which there is no cure and which has a life expectancy of just over two years after diagnosis.

This year, the focus is on the array of local talent which has already trod the stage at the Gundaroo Colonial Inn vying for a place in this year’s lineup.

Scott Harding said this year’s event is all about the local community through the support of major sponsor Chris Dickson of McGrath Real Estate in Gundaroo, the Gundaroo Colonial Inn and CEO of the NSW Motor Neurone Disease Association Graham Opie.

“We could never have gone ahead with the festival in its usual format and had actually cancelled the event this year,” he said. “But these people and our other sponsors have allowed us just to put an event on and raise money for those dealing with MND.

“One of the things that Scott [Windsor] really pushed for was the support for emerging musos, so having the Gundaroo Emerging Muso event leading up to the festival has become a great way to showcase that local talent.

“Without it this year, we wouldn’t have been able to put on an event at all.” 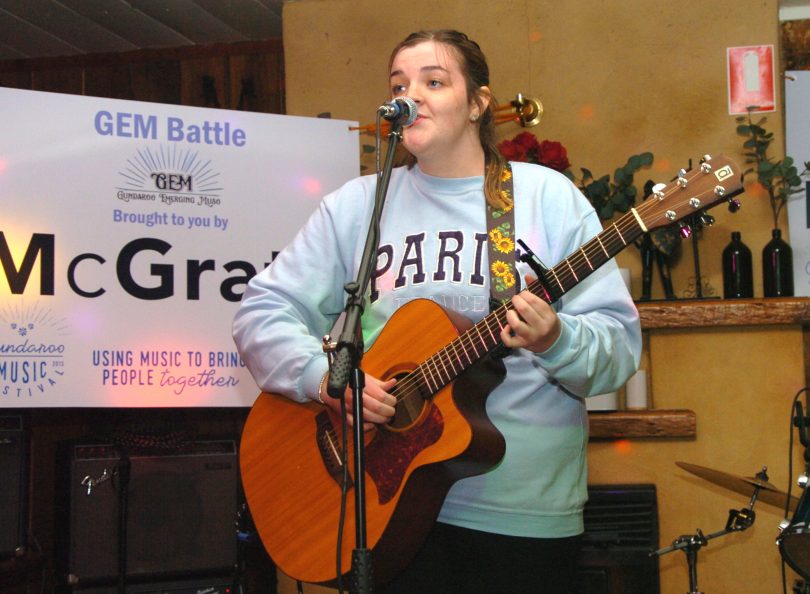 After performances at the Inn prior to this weekend, the Von Blake Singers will join 15-year-old Canberra singer Madi Kate who wrote her first song Falling last year and has been performing and composing original songs since. The Mt Stromlo High School student says she hopes to continue music as a full-time career and share her songs on the world stage.

Belconnen folk-rock duo The Dalmatians will sing humorous tales of suburbia and protests against certain TV shows, poor driving and climate change, while Kiara Jana has had a passion for music since she was five and will perform with her ukulele, guitar and the piano. 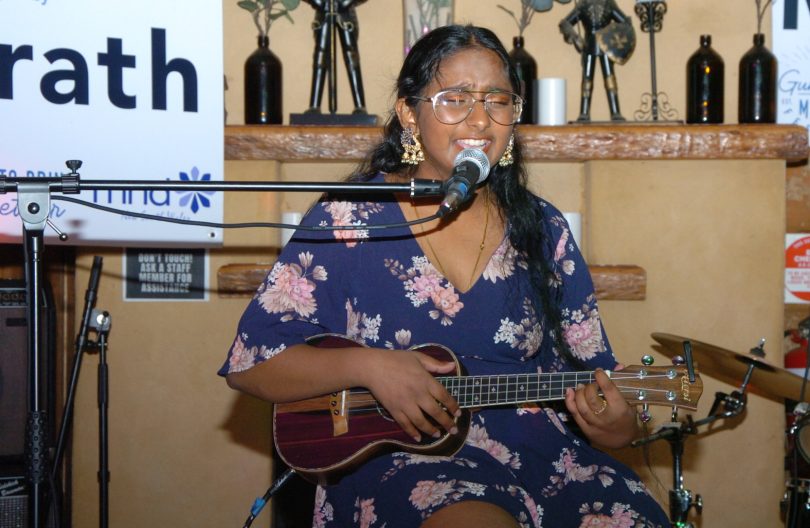 The winner of the emerging muso’s contest will receive 10 hours of recording at Infidel Studios in Canberra, while last year’s emerging muso winner Felicity Dowd will open the show at 12:30 pm, followed by the emerging musos finalists and the Chris Harland Blues Band to finish.

A separate night show will begin at 6:30 pm as a thank you to sponsors and supporters. It will feature Alec Randles, the Zac and George Band, Lucy Ridge and the Derby Widows, and renowned Canberra covers band Dark Horse.

Mr Harding said the Gundaroo Music Wedge was so-named as an ‘in-betweener’ to the Festival which he hopes will be back in its usual format next year to continue supporting people with MND.

“The MND Association of NSW has a target of raising $1 million a year, so they’ve been smashed by not being able to raise that money, which gives people with MND some dignity, as well as their carers and loved ones. That’s the part that’s really sad about what’s happened this year, but it’s heartening to get what we can up and running this year.”

Further details are on the Gundaroo Music Festival page on Facebook.

Susan Nelms there’s a pic of Madi in this article. 👏😊🌹

Claire Lenehan - 19 minutes ago
Helene Jermolajew Thanks! Stay safe View
TheSilver - 2 hours ago
Of course no one want to get sick, but it is part of the human experience and unavoidable. The real question is, and always h... View
Julie Kidd - 3 hours ago
Thanks for reminding us. This isn’t over. View
Opinion 6

Shirley Willis - 38 minutes ago
Sandra Zahavah Whibberley If you check my comment I DID NOT say that you vented a poisonous attack.I said it appeared the “... View
phydeaux - 44 minutes ago
Robin Bontjer, because he did not donate $4M. It was $25k, after a push from Sharapova who donated that then tagged him to ma... View
Jonny Scott - 55 minutes ago
Robin Bontjer ones good can all be canceled out when your true colors come out! View
Business 6