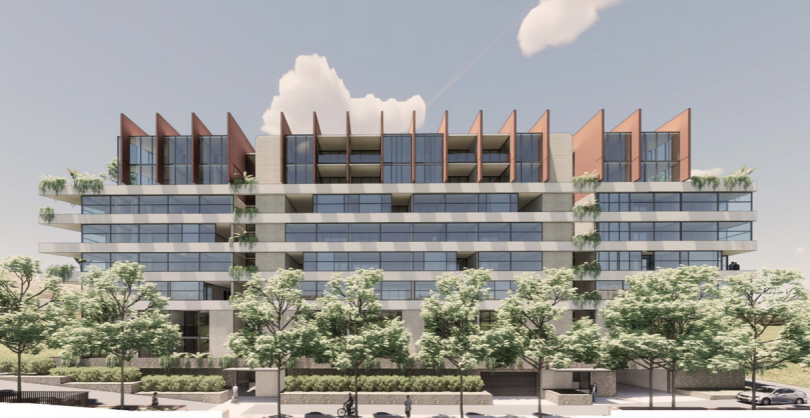 Building C is one of four proposed and will be a build to rent project. Images: Stewart Architecture.

A major mixed-use development is being proposed for a prime block in the Gungahlin Town Centre that would deliver 570 dwellings across four buildings.

Canberra developer POD Projects Group says its proposal for the 12,000 square metre Block 3 Section 229 will create a sustainable, world-class precinct over the next decade.

The CZ5 site – bounded by Anthony Rolfe Avenue, Ernest Cavanagh Street, Kate Crace Street and Hinder Street – is to be subdivided into three separate blocks, with 150 dwellings in Building A, 160 in each of Buildings B1 and B2, and 100 in Building C, which will be a build to rent project.

Building heights at the edges of the block will be six to eight storeys, rising to 12 in the centre of the site.

Purdon says the proposal will incorporate a number of sustainability initiatives to help respond to climate change, and about 1,600 square metres of rooftop gardens are proposed across all four buildings.

The rooftops include communal vegetable gardens, outdoor dining and sun areas, a shared barbecue and kitchen, and even an outdoor gym and cinema.

There will also be extensive landscaped shared zones between all buildings to increase permeability through the site, including zones for deep root tree plantings, connecting Anthony Rolfe Avenue and Ernest Cavanagh Street.

The design includes zones for central parks to encourage placemaking.

The plans say that building heights will be consistent with the Gungahlin Town Centre Precinct Code and the project will have varied building typologies and façades to present a strong urban edge for the Town Centre, in accordance with the Territory Plan.

Two nearby blocks allow for mixed-use development up to 15 storeys in height.

The proposal has twice been presented to the National Capital Design Review Panel (NCDRP) and site planning, built form and façade design have been guided by its feedback. 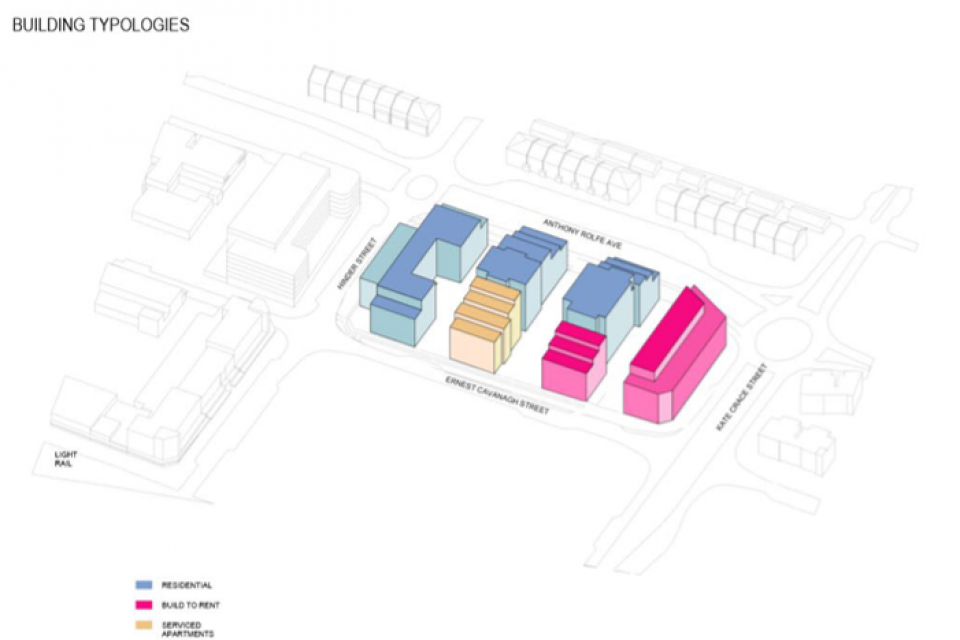 A site plan showing the types of buildings. 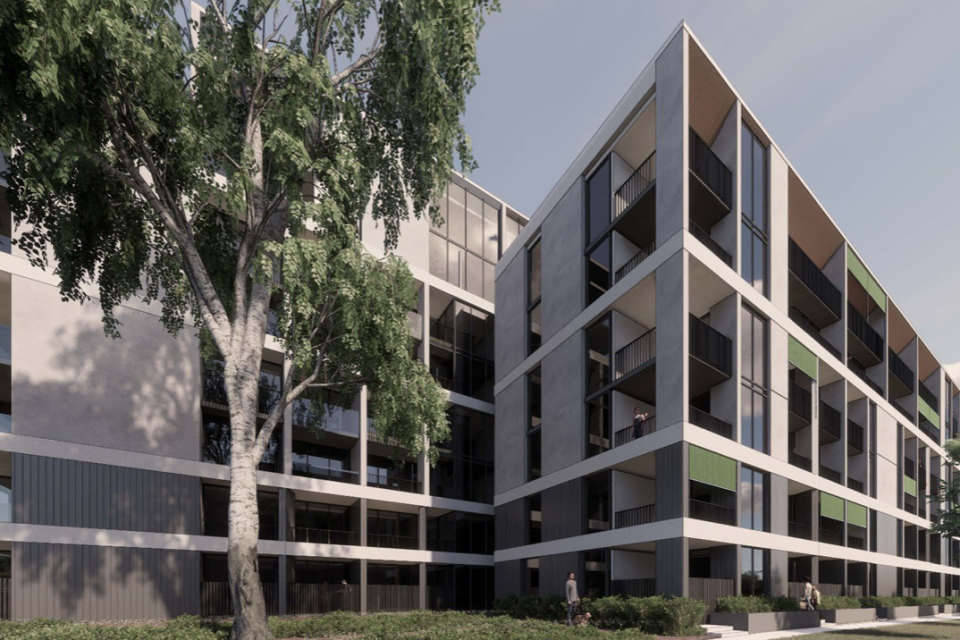 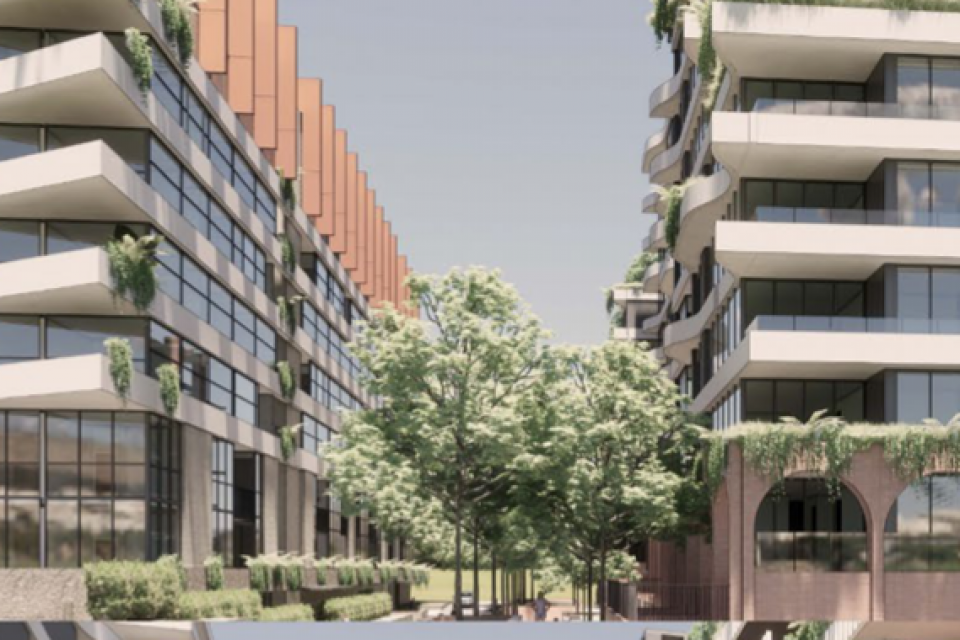 Building C and B2: the design allows for landscaped access through the site. 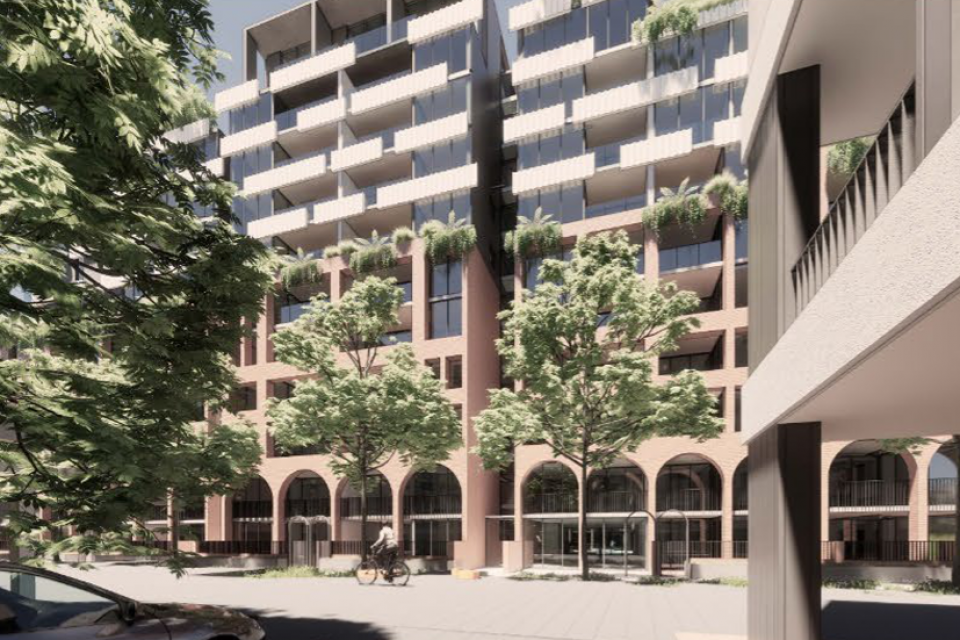 Open space between Building B1 and Building A. 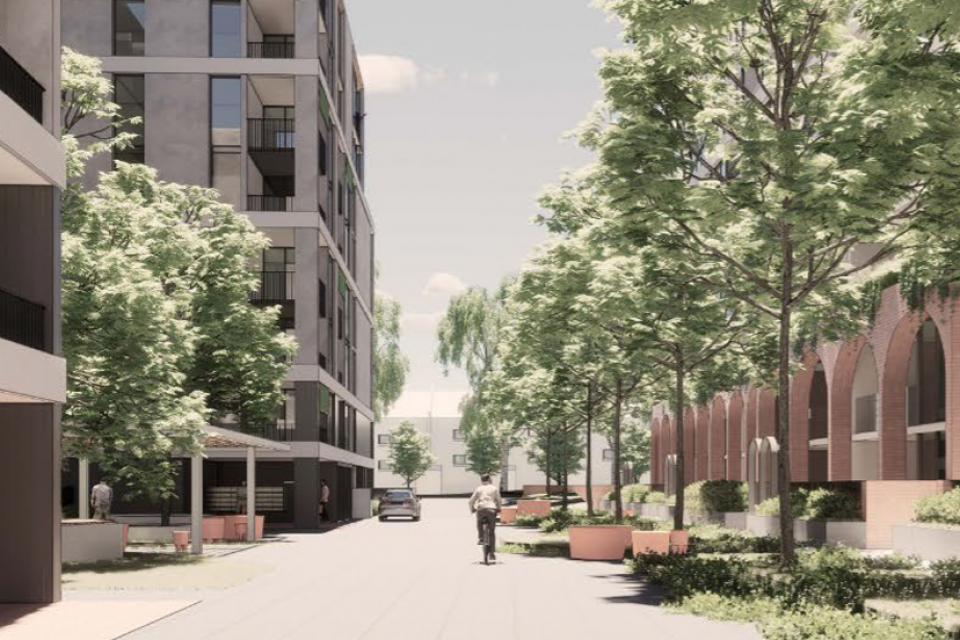 Path between Building A and B1.

He said it was not going to be one giant building and the proposal allowed for permeability and access through the site.

”They seem to be working hard on quality design, with an emphasis on sustainability including vehicle charging and solar panels,” he said.

Mr Elford said the proponents seem prepared to take on ideas such as multiple access points for parking.

But he said there would inevitably be pushback about the amount of residential development in the Town Centre compared with office and retail proposals, and a need for more green space for the increasing population.

There would be no public parking on the site but the lease requirement would move to the neighbouring block, where there would be 180 public spaces.

Purdon Planning will host a live consultation session with the project team on 12 November from 5:30 pm until 7:00 pm.

The project team will also address the Gungahlin Community Council at its monthly meeting on 11 November.

Purdon will also be contacting a number of local community groups so members and others can provide comments before a development application is lodged.

* Car parking figures have been updated from the proponent.

You have to ask yourself is there vibrancy?

I agree with others and I think we need more offices so more departments will operate out of Gunghalin. This will certainly decrease traffic to civic and encourage mor3 people to walk or take public transport.

Coffee shops, cafes and gyms and hundreds more apartments when significant office space is what is needed. Reduce need to travel to city for work.

Gungahlin is an absolute dump at the moment with these empty barren lots. No life, no nothing. It’s the most depressing place you’ll ever go to. Just tiny narrow streets congested with cars, empty red earth lots with tall weeds and random cars and junk – time to fill the empty lots with new development. This will give the place a bit of soul and something for people to do.

not entirely sure I can agree with you there – I live in Gungahlin town centre (actually quite close to these empty blocks). there is plenty of pubs, cafes, shops, restaurants and life. The couple of things missing for me at the moment are a bit more public open space for kicking a ball around, kids to run around in and people to exercise, particularly around the end of the town where this development is; some decent walking and cycling infrastructure to connect Gungahlin and Yerrabi ponds; and the planting of some more trees.

Looking forward to the new developments (and the cinema when they finally get it built!) which will make Gungahlin an even better place to life.

That’s what I’m talking about. The empty lots, lack of pedestrian activity, lack of green space, and yes dust bowls which seem to have became unofficial car parks. A city centre shouldn’t be dominated by cars and definitely shouldn’t be barren. Barren and city centre don’t go together. Yes having pubs and what not is fine. That doesn’t mean the place is designed well. And the cycling infrastructure is really bad in terms of connection between the lake and the town centre. The only good place is the Yerrabi ponds area which was built to help sell Gungahlin when it was being developed in the 90s. Don’t even compare Gungahlin to Civic or Belco which even it beats Gungahlin.

Gungahlin needs office blocks so that people can work in the town centre.

This is a separate issue and remote from where the development is planned! Nowadays I always fill my car at either Casey or Mitchell depending on best price from “Petrol Spy” app.

What about some world class traffic infrastructure?

Hopefully some decent shops rather than lower end chains

Beautiful… can tell they really put thoughts into minimising northerly frontages in order to maximise yield. Who needs sunlight into their apartment?

Tom Steer this is what I mentioned last night

How will this effect traffic in the area? There are major issues at the intersection near the two service stations currently.

Craig Dingwall Great comment, traffic around the area is awful. Before anymore high density buildings go up they need to consider if the current roads can manage the extra vehicles the building will bring into the area.

Craig Dingwall this development is at the other end of the town centre.
You are right about the traffic near the servos though. It’s a no-go zone on weekends with the home maker centre now open.

Craig Dingwall avoid it like the plague. Roundabout needed at the least. 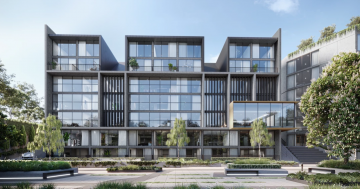 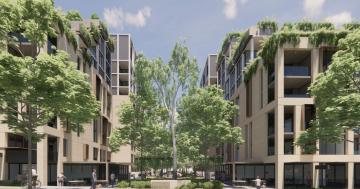