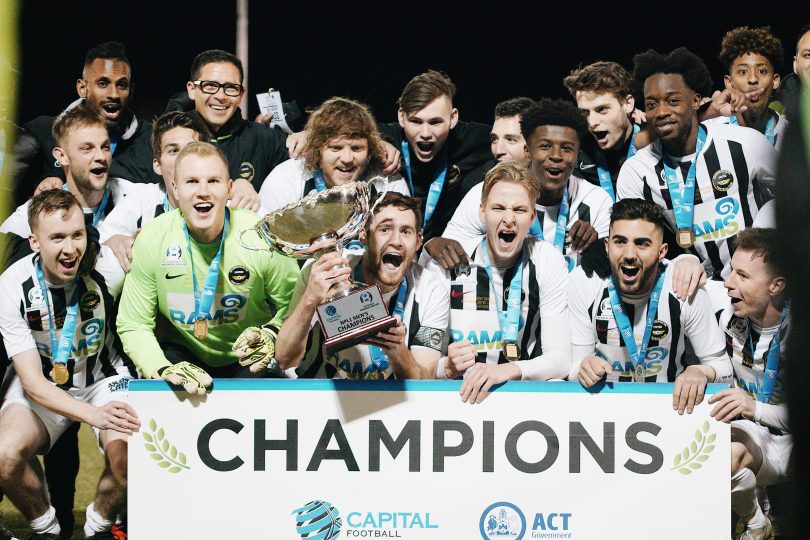 Canberra sport is littered with great stories about athletes and teams overcoming the odds on their way to success.

Think about the Raiders winning the 1989 Grand Final, the Canberra Brave winning the Australian Hockey League title five years after the Canberra Knights folded, or Michael Milton becoming the fastest Australian skier of all time despite losing his left leg to cancer when he was nine years old.

Gungahlin United’s win is extraordinary on many fronts. Starting the season at minus six points, and knocked out of the FFA Cup for fielding an ineligible player, are just two setbacks that would derail most teams.

But Gungahlin, led by coach Marcial Munoz, overcame every hurdle. He cited being docked six points before a ball had even been kicked as the greatest obstacle.

“It was quite confronting,” said Marcial, “We had spent two and a half months recruiting. It was an extraordinarily difficult time, but it galvanised the club. We were up for the fight.”

Marcial says with the backing of the board, he allowed the players to decide whether they wanted to stay or walk away, “We gave them the option of leaving; not one player wavered.”

So with the season underway and the team intact, it was a less than ideal start with Gungahlin having the bye in the first round followed by a loss in their opening game. They were effectively nine points behind heading into round three.

Things at this stage were looking dire and thoughts started towards survival in the top tier competition. Marcial recalls, “Our first objective was to avoid relegation to NPL2. If we were relegated it would hurt the club substantially”.

Heading into the second half of the season and the possibility of relegation out of the way, they were gaining on the leading teams before suffering a 7-2 loss to Canberra Olympic. Every step of the way seemed to create a lesson. 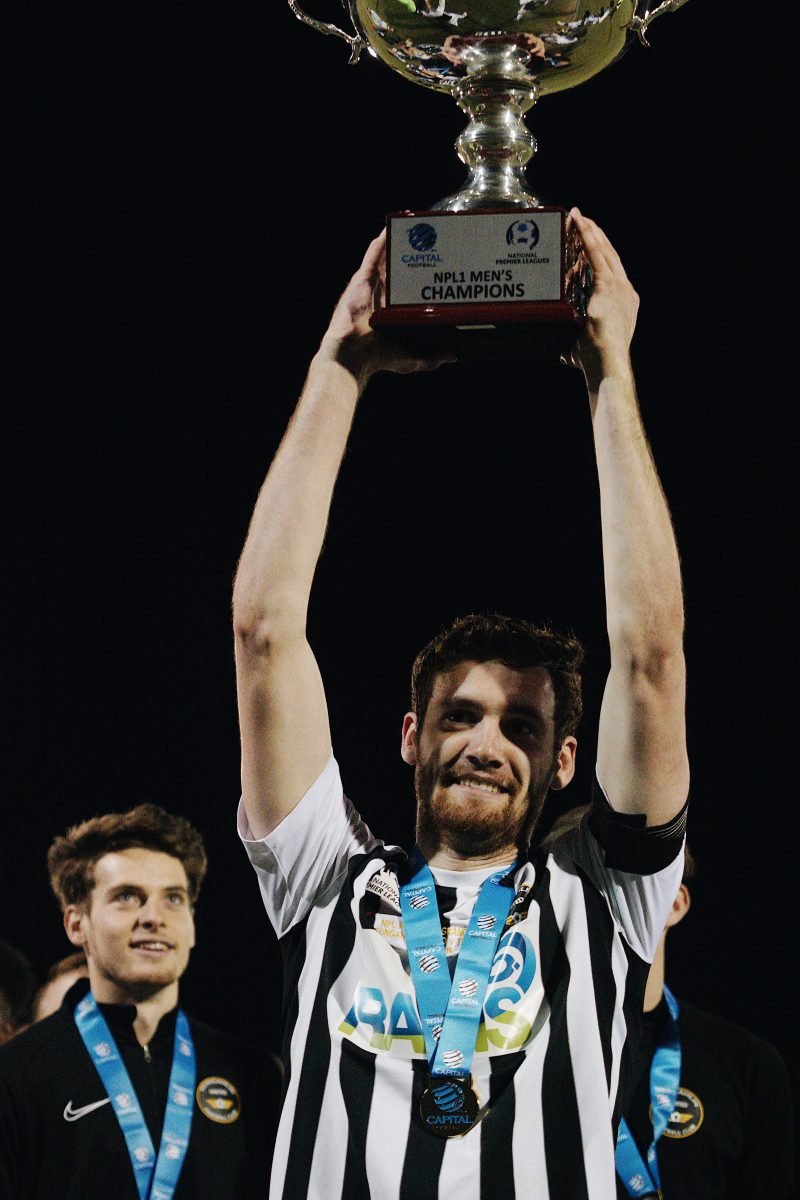 “We were getting too confident and I think we got ahead of ourselves,” Muniz said. “We were humbled. It showed us that we needed to focus on the week-to-week process.”

It was just after this wake-up call that Marcial started to believe they could go all the way. United’s special brand of attacking football went up a notch and the surge towards the finals had started.

In the eyes of some, the club had overachieved just making it through to the finals, but for Marcial and his team they were riding on the crest of a wave, playing with enormous self-belief with the ultimate prize within reach.

That prophetic moment materialised on September 14. Gungahlin’s 5-0 triumph over the Cooma Tigers in the grand final was biggest margin in a decider in nine years.

It also capped off one of the more remarkable seasons in the Canberra men’s Premier League.

“It meant everything to us. The sacrifices were worth it. We didn’t falter and continued to play attacking football. It’s a massive achievement for this club.”

The enormity of the win can’t be underestimated but Marcial has already turned his thoughts to next season where his team will be the hunted. Keeping his side together will be just one of his tasks.