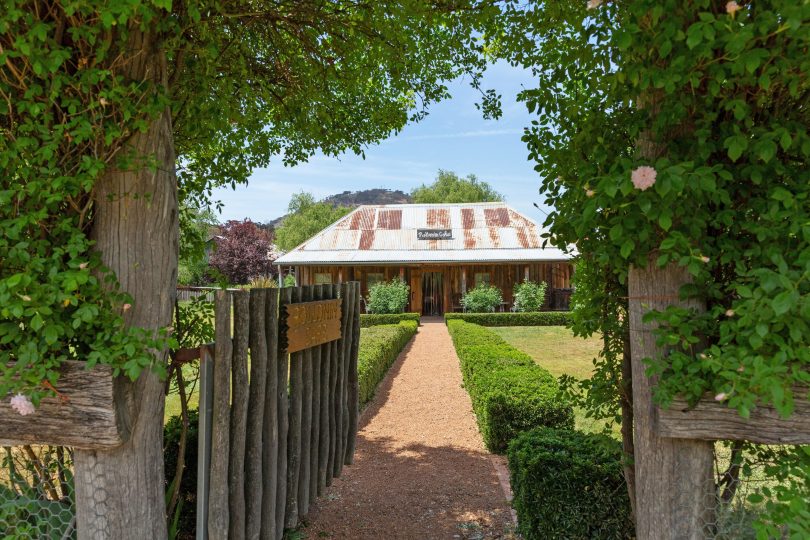 The Rollonin Cafe draws visitors from Perth, England, Asia and throughout the ACT region. Photos: Supplied.

A young man walked into the timber slab hut wearing a smile, a ponytail and his ukulele.

“Can I have a cup of coffee if I play?” he asked the owner of the Rollonin Cafe, Renata Ryan, who returned his smile. Her late husband Tony would have been even happier. He liked the early days, when swaggies called offering to work for a meal.

This is why Tony built their cafe in a replica slab hut near Mount Bowning, which rises into fog on a cloudy morning. He loved the pioneers’ hand-crafted homes.

The stranger sang as well as he played, Renata says. “He was a bit of a hippy. I think he was Spanish, because he said, ‘do you want me to sing in Spanish or English?’” she says. “I wanted Spanish.

“He was really good. He was busking, that’s how he was getting his coffee and other things.” 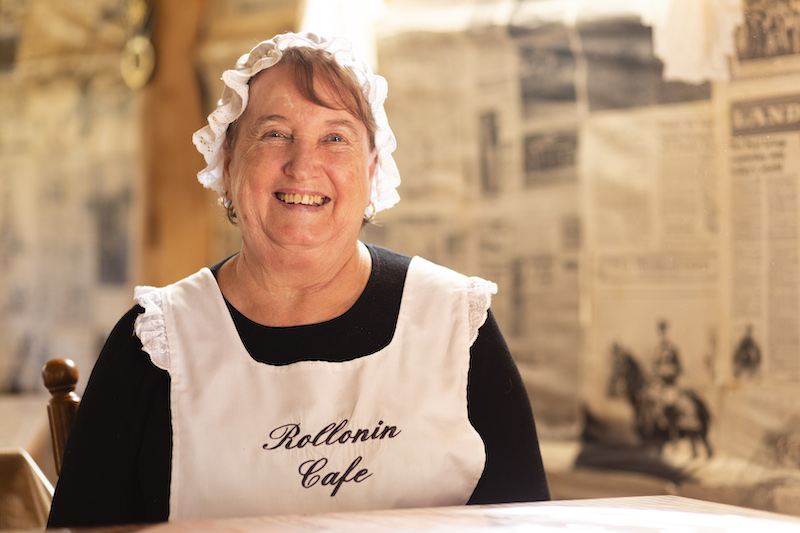 The Rolling Stones tour manager came in one day asking if he could continue writing his book in the cafe. Bands from all over the world call in to the cafe with its rust-tinged iron roof and post-and-rail fences.

Another time an old lady’s face lit up as she looked intently at one of the newspaper advertisements lining the wall inside. The 1950s Nescafe advertisement featured her face when she was 21.

“She brought her grandson in later to show him her photo on the wall,” Renata says.

Originally a brewery and inn with shingled roof for Joseph Newton, Cobb and Co. used the property for a staging station. Various owners came and left before it became a private residence.

When the owner who had been there for 86 years listed the home, the Ryans had a look.

Opening the front door was like peering inside a ghost house. Renata was horrified. Tony was delighted by the hand-made nails and sun-dried bricks made of clay from the banks of a nearby creek. “If the roof is clear (of white ants) I’m going to buy it,” he declared. It was and he did. Tony finished the building in 2008, eight years after buying it.

Five years ago a man offered Renata $1 million for the cafe. Her children urged her to accept the deal. “I’m not ready yet, “she told them.

Today though, Renata Ryan is ready to sell. She has listed for sale the Rollonin cafe, and the 1840s homestead with wooden floorboards and ornate rose medallions on the high ceilings. The couple stripped 10 coats of paint off the front doors during renovation, taking them right back to the original timber before applying clear lacquer. 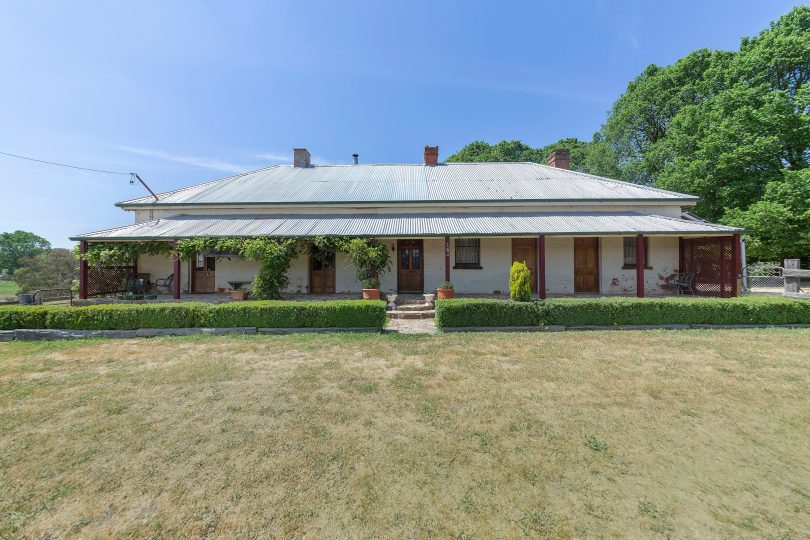 The grand home has five more building blocks to the rear.

The old home and rustic cafe have modern inclusions and sit on eight acres, including five building blocks. Weddings, pizza parties, coach-loads of seniors and all manner of celebrations come to the place a few hundred yards from the Hume Highway west of Yass.

It would make an excellent little winery, or bed and breakfast. 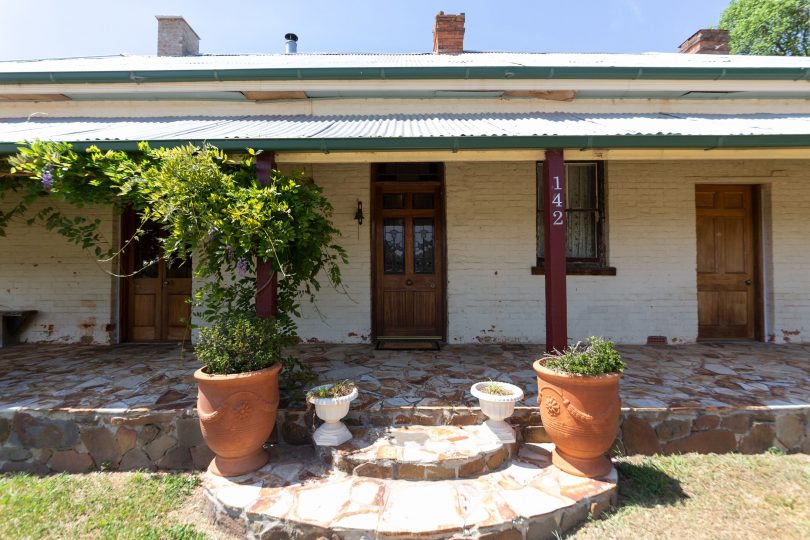 This fully-restored home sits on top of a cellar.

Modern touches include the kitchen benches made from redwood which Tony’s friend from Temora cut. The slabs for the hut came from offcuts from trees at Tumut sawmill. “Each week, for months we went to Tumut to go through the timber. You had to get the right size, the right length, right thickness. Tony used to say it was like going through pick-up sticks,” Renata says. 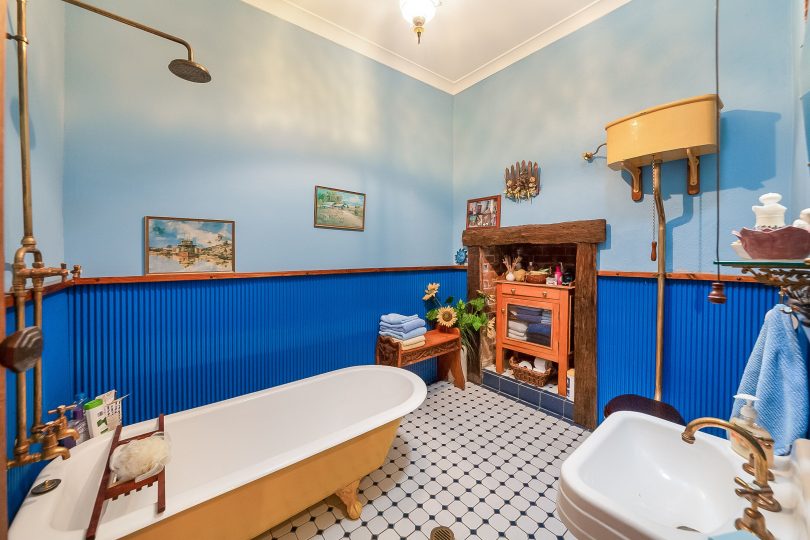 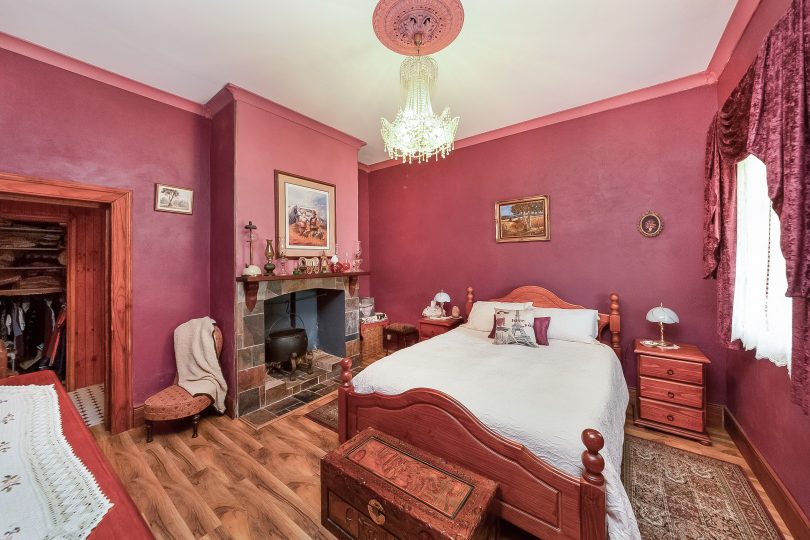 Bedrooms are spacious and beautiful. 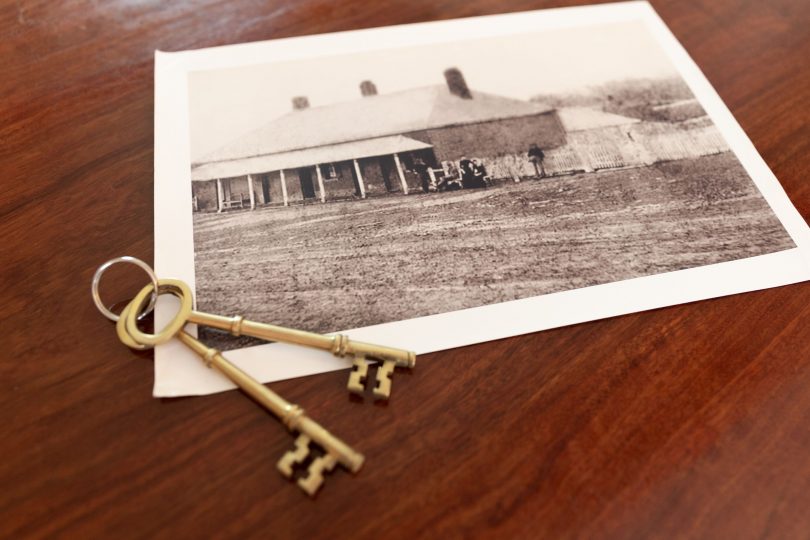 Pioneering history is embedded in the Bowning Road property. 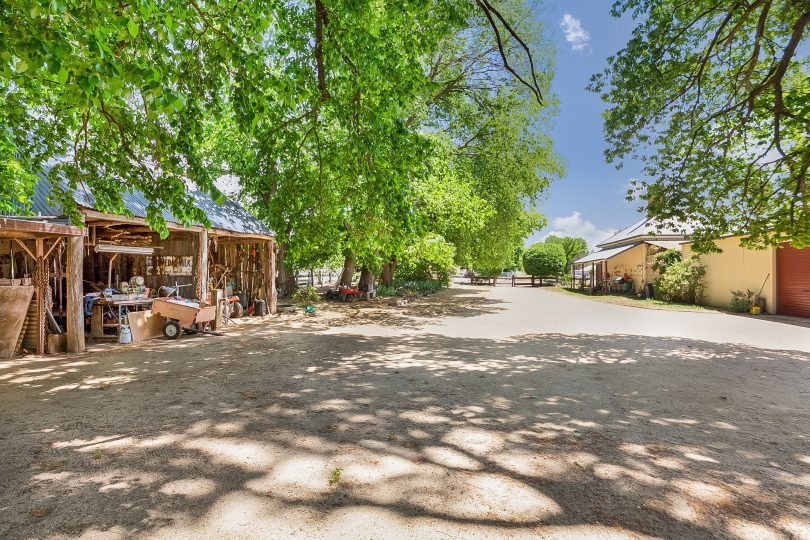 The three-bedroom home has two separate living areas, timber frame windows, and four friendly open wood fires. A large window brings light into the dining room from where double doors lead out onto the veranda. The large kitchen has a double sink under a timber-framed window, a stainless two-drawer dishwasher, oven and fridge and reproduction antique stove. A spa sits in the corner of the ensuite which has a walk-in shower, off the large main bedroom.

Listed with Independent Inner North & City agent Graham Bush for $1,700,000, the well-known cafe and homestead are a vibrant reminder of Australia’s pioneering days, 40 minutes from Canberra. 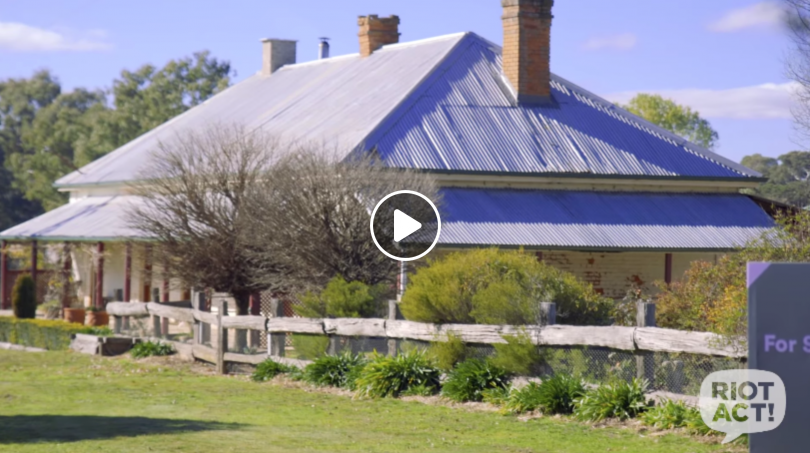 Ashley Wright - 39 minutes ago
Josh Shirley and when did you buy this property and how much equity did you have when you brought? View
Ashley Wright - 43 minutes ago
Candace Driscoll they never make more than market value of the property. Whilst rent is based on a percentage of income of al... View
Josh Shirley - 5 hours ago
I had a 3 bedroom 2 bathroom townhouse in Melbourne 30mins from the city and the mortgage was $200 a week cheaper than any re... View
Lifestyle 18